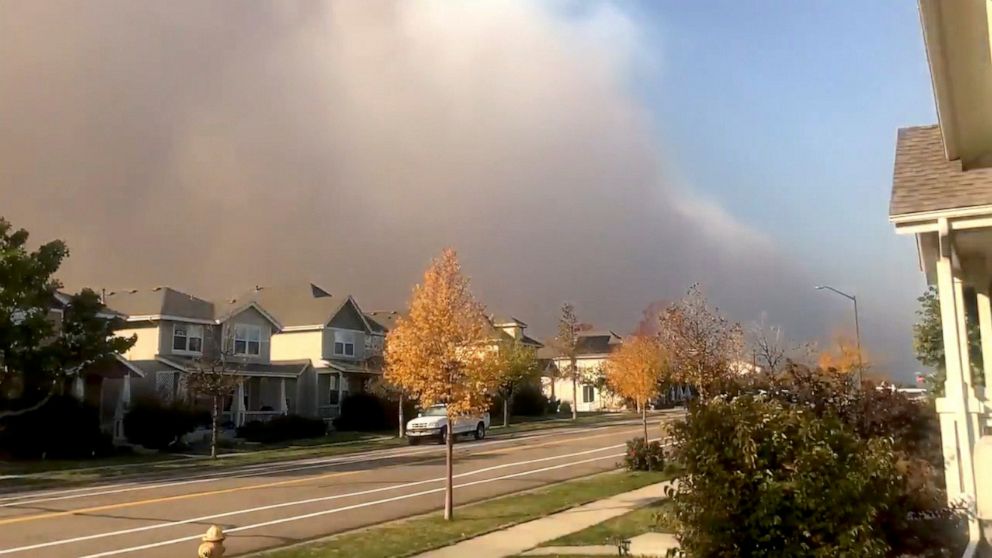 Nearly four dozen uncontained wildfires are burning in the West, with 21 of them burning in California alone.

Winds gusted from 70 to 104 mph in Colorado, producing a perfect setup for further spread. On Wednesday, the Cameron Peak Fire in Colorado burned an additional 23,000 acres, making it the biggest wildfire in Colorado’s history at 164,000 acres.

Mandatory evacuations are posted in Colorado.

In Southern California, record heat, bone dry conditions and gusty winds helped spread the Bruder Fire east of Los Angeles, which also forced evacuations. There are currently 21 wildfires burning in California, 12 of which are major.

Phoenix also officially broke the record for the most days over 100 degrees in a year Wednesday, which is now 144 days.

Red flag warnings are in place from Colorado to California, while a heat advisory has been issued from the San Francisco Bay area to San Diego.

In Northern California, there is a red flag warning due to hot, dry winds that could gust near 50 mph Thursday. Near record high temperatures are also expected in the region.

A new fire weather watch has been issued for Southern California on Friday.

The shape of the GOP after Trump

Calm before storm? How Senate could change after Barrett confirmation.