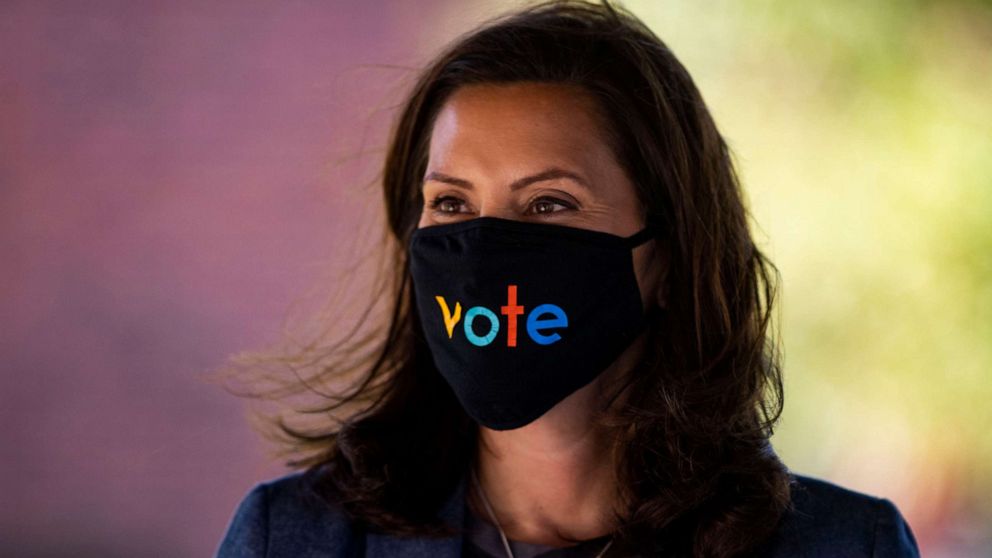 An eighth individual has been arrested and charged for his alleged role in the foiled attempt to kidnap Michigan Gov. Gretchen Whitmer, authorities said Thursday.

Michigan Attorney General Dana Nessel announced that Brian Higgins, 51, of Wisconsin Dells, Wisconsin, has been charged with material support of an act of terrorism, a felony that carries up to a 20-year sentence.

Authorities last week revealed they thwarted a monthslong plan to allegedly kidnap the Democratic governor before the November election and violently overthrow the state’s government. Higgins allegedly provided assistance in the plot to kidnap Whitmer from her vacation home, authorities said.

Higgins was arrested Thursday in Wisconsin and will be extradited to Michigan for an arraignment, authorities said. Court dates have not yet been scheduled and it was not immediately clear if he has obtained an attorney.

“While the political rhetoric in our nation may at times be divisive, I am encouraged by the united front our law enforcement community has displayed in response to this indescribable act of terror,” Nessel said in a statement. “These were very credible, and very serious threats to our elected officials and the public in general, and the swift actions taken by state and federal authorities this past week are nothing short of heroic.”

At least some of the suspects facing charges participated in protests at the Michigan Capitol building over the past several months, according to Nessel.

As the COVID-19 pandemic waged on, the Michigan’s capitol building has been the scene of numerous protests by right-wing activists, including some who were armed, calling for Whitmer’s resignation due to the strict lockdown orders she put in place.

Whitmer has also been targeted by Trump over the COVID restrictions, and in a news conference late last week when the foiled attempt came to light, Whitmer lashed out at the president for “stoking” hate.

“This should be a moment for national unity where we all pull together as Americans to meet this challenge head on with the same might and muscle that put a man on the moon,” Whitmer said at a news conference. “Instead our head of state has spent the past seven months denying science, ignoring his own health experts, stoking distrust and fomenting anger and giving comfort to those who spread hatred and division.”

Warmer, drier winter expected for much of US, says NOAA