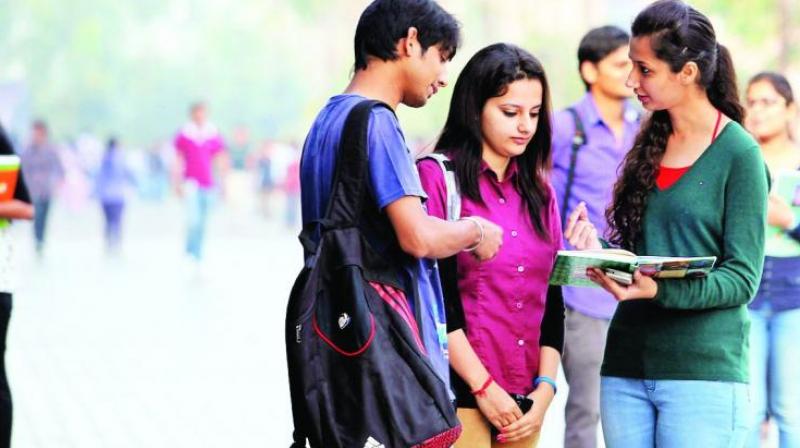 Chennai: India’s GDP would have to grow by 8 to 8.5 per cent annually and the country would have to create jobs for 90 million workers by 2030. Else, it will risk a decade of economic stagnation, a report by the McKinsey Global Institute warns.

Over the decade to 2030, 60 million new workers are likely to enter the workforce as per current demographic trends, and an additional 30 million workers could move from farm work to more productive non-farm sectors.

For that to happen, India’s GDP needs to grow by 8 to 8.5 per cent annually over the next decade. That is double the 4.2 per cent rate of growth seen in fiscal year 2020.

If India fails to introduce measures to address the pre-pandemic trends of flat employment and slowing economic growth and does not manage the shock of the Covid crisis adequately, its economy could achieve a decadal growth of just 5 per cent and absorb only about six million new workers.

In order to reclaim a high-growth path, India’s sectoral mix would need to move toward high-productivity sectors that have the potential to create more jobs. Within individual sectors, a move towards new business models that harness global trends could drive productivity and demand.

The McKinsey report finds that the manufacturing and construction sectors could achieve the fastest acceleration in sector GDP growth relative to the past. In the coming decade, manufacturing productivity has the potential to rise by about 7.5 per cent per year, contributing more than one-fifth of the incremental GDP.

Construction could add as many as one in four of the incremental gross jobs. Both labour-intensive and knowledge-intensive sectors will have to sustain and improve on their past strong momentum.

India will also have to work now to grab opportunities presented by rising wages in other parts of Asia and trade conflicts to produce and sell more manufactured goods and services.

India would need to raise its competitiveness in high-potential sectors like electronics and capital goods, chemicals, textiles and apparel, auto and auto components, and pharmaceuticals and medical devices, which contributed to about 56 per cent of global trade in 2018.

It needs to eliminate inefficiency in areas such as power, logistics, financial services, automation, and government services and look at value-creating market-based models. Automation of work and Industry 4.0 could bring greater efficiency.

The country also needs more large companies with revenues exceeding $500 million that are significant drivers of growth and innovation. India has about 600 such firms.

The government has to introduce sector-specific policies to raise productivity in manufacturing, real estate, agriculture and food processing, retail, and healthcare. India has the potential to reduce land costs by 20-25 percent and increase the supply of land available for construction. The government could also consider reviewing the various laws on the books and examine options to improve labor-market flexibility.