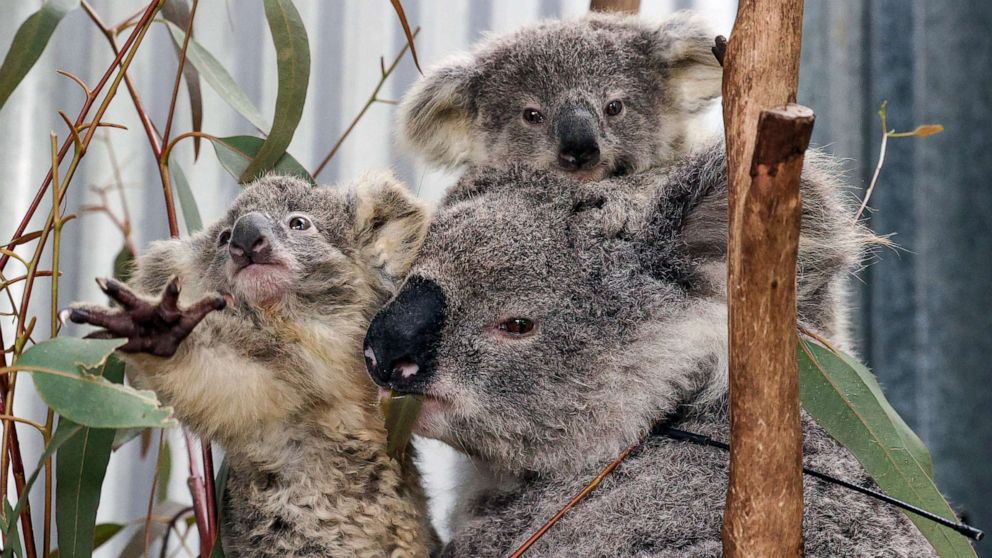 At work, Morgan Philpott (pictured below) cares for sick children. In his off-hours the Australian pediatric nurse turns his attention to an equally defenseless group: unwell koalas.

“They really run the risk of becoming extinct inside our lifetime,” Philpott said of the New South Wales koala population at an animal hospital on Sydney’s outskirts while helping a veterinarian treat a rescued koala infected with the bacterial disease chlamydia.

The pervasive infection among the koalas, blazing bushfires, drought, logging of forests and urban encroachment of their habitat are some of the many destructive forces that continue to threaten their survival. These forces, a government report warned in June, could make Australia’s symbolic animal extinct in New South Wales — the nation’s most populous state — by 2050.

“If the areas that didn’t burn last year burn this year, that would really be catastrophic,” for the koalas, said Philpott, who joined the country’s biggest animal rescue agency, Wildlife Information, Rescue and Education Service, or WIRES, at the urging of his daughter.

“Future fires could spell the end of them.”

The country’s worst summer of bushfires in a generation razed more than 11.2 million hectares (27.7 million acres), nearly half the area of the United Kingdom, thrusting the grey, tree-hugging marsupials into the centre of the national conversation and a hot political issue.

In New South Wales, at least 5,000 koalas were killed in the fires that burned 80% of the Blue Mountains World Heritage Area and 24% of koala habitat on public land, the government’s June report said.

As another summer looms, koalas face the threat of more bushfires, although weather forecasters expect a wetter, cooler few months than in the previous year.

New state laws have sought to limit the ability of farmers to clear land deemed important for koala habitat, setting off a political brawl between urban conservationists and people in the bush who wanted to manage their own property.

“The rate of tree-clearing and loss of habitats (are) behind all of the other factors that threaten them in those developed areas which include domestic dog attacks and vehicle strikes,” said Kellie Leigh, head of Science for Wildlife, a non-profit conservation organization, before releasing a koala mother and its joey onto a charred tree sprouting green chutes in the Kanangra-Boyd National Park, about 200 km (124 miles) west of Sydney.

The release was part of her research, the Blue Mountains Koala Project, on koala recovery in bushfire-hit areas.

Koala conservationists, who blame climate change for much of the bushfires, are also focusing on cities as population growth in metropolises like Sydney drives demand to clear forests and make way for homes. Traffic safety signs have popped up now in developed suburbs warning of the risk of koalas crossing the road.

“There needs to be a balance to ensure that these species survive,” said Tracey, a WIRES volunteer, who asked not to give her surname, as she fed a mother and twin joeys eucalyptus leaves inside a rehabilitation enclosure next to her home.