The blast occurred in the port city this morning amid anti-government protests taking place across Pakistan. Police said the explosion came from a cylinder blast at a four-storey building opposite the university. A bomb disposal squad was at the scene to investigate, while the injured people were taken to a nearby hospital.

Journalist Aditya Raj Kaul tweeted: “Three people reportedly killed and 15 injured after an explosion was reported at a building near Karachi University’s Maskan gate in Gulshan-e-Iqbal area of #Karachi.

The explosion is believed to have taken place on the second floor of the building. 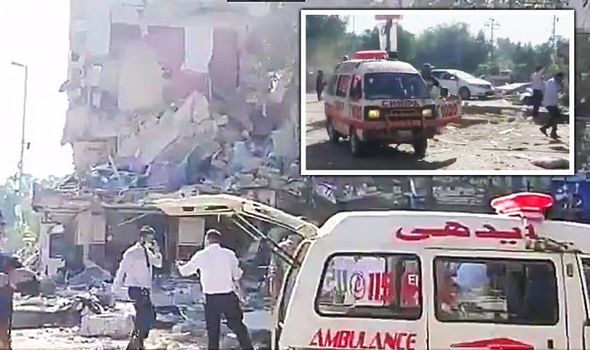 Witnesses reported seeing the windows of nearby buildings smash and some vehicles getting damaged as they were passing by.

Sindh Chief Minister Murad Ali Shah shared his grief for the for those who died and were injured.

He called for more information about what happened from the Police Commissioner of Karachi.

He has also instructed officials to ensure there is immediate medical aid for all those who have been injured. 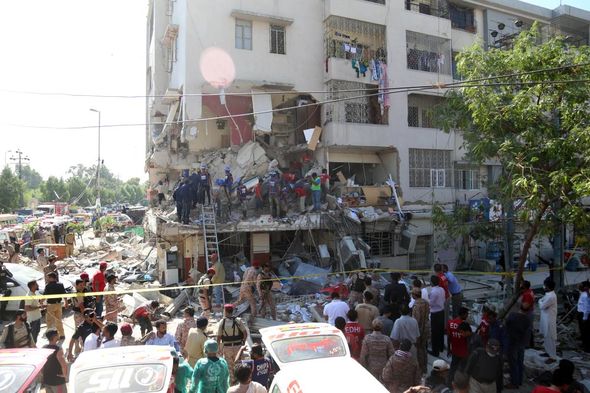 People shared their horror at the explosion on Twitter.

One person wrote: “I hope innocent people are safe.”

Another added: “Heart goes out to the families who’ve lost their loved ones.” 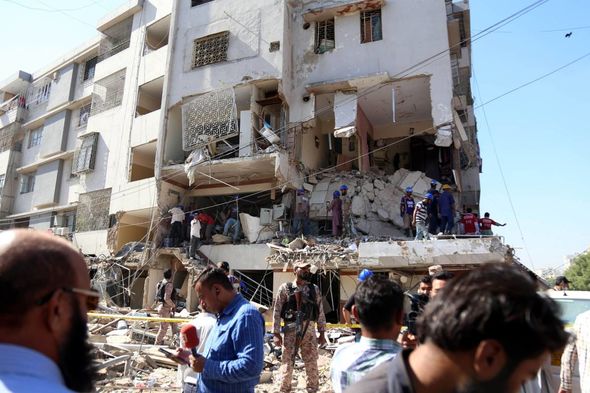 It comes after six people were injured after a bomb exploded at the entrance of a bus terminal in the Shireen Jinnah region of Karachi on Tuesday.

Karachi South police said: “A bomb was installed at the gate of the terminal.”

The blast was originally believed to be a cylinder blast. 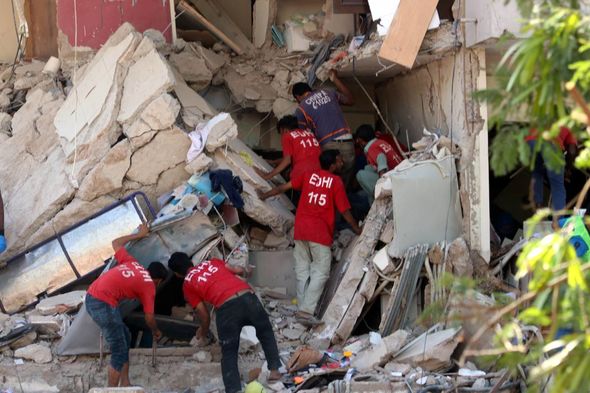 Thousands of protesters also took to the streets of Karachi this week as part of a growing campaign to oust Prime Minister Imran Khan.

They said Pakistan has experienced growing media censorship, as well as a crackdown on dissent under Mr Khan.

The demonstrations were started by the Pakistan Democratic Movement (PDM), which was formed last month by nine major opposition parties to begin a nationwide rebellion against the government.