Famous author aphorisms Arkady Davidovich once said: “How many times have we deceived the end of the world, but we can’t every time believe in him“. He is absolutely right — the Apocalypse waiting around the world constantly, jealously watching all sorts of predictions and signs. Particularly successful in the anticipation in Russia, where the end of the world waiting for a thoughtful and selfless. 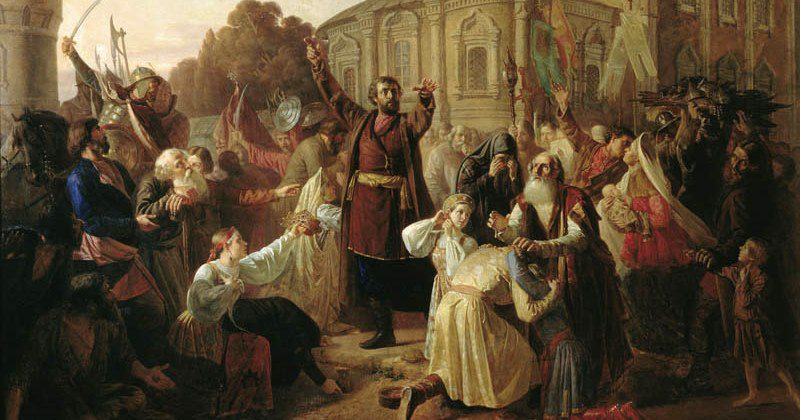 What is the reason for the constant expectation of the”end times“, which is characteristic of peoples throughout the world? For this we have to thank Christianity, or rather of John the Evangelist. In his revelation the Apostle very vivid description of the Apocalypse, but did not specify the exact date of this important event. 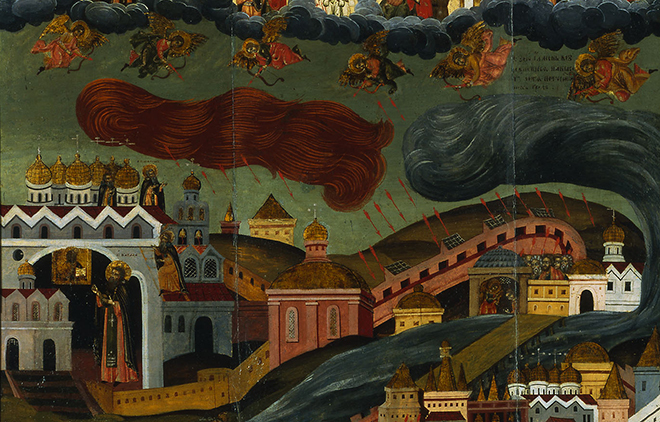 But it became clear that nothing just happens and before the End of the world will certainly be revealed signs usually by themselves not too pleasant. Signs of the coming end of John described the language of images, giving a wide scope for interpretation of various events of climatic, biological and political nature.

The End Of The World. Beginning

The first known science the end of the world was to be held in 156 BC Why — it is likely we will never know. Most likely, the reasons were still. The next Apocalypse is to be expected, was appointed in the year 666, after all, it is a symbol of Satan. Since nothing fundamentally new in this year did not happen, then the figure simply turned and waited for the last judgment in the year 999. 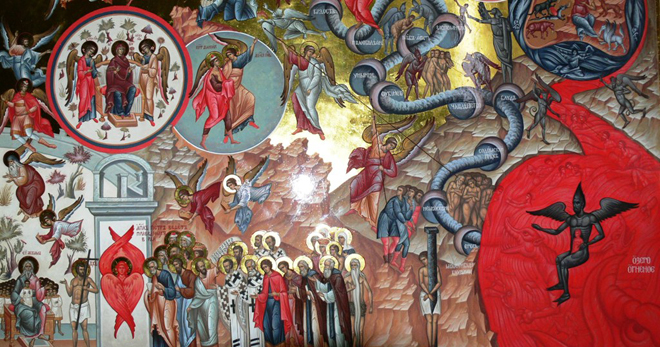 As 999 year failed, waiting spent the whole 1000 year. This time it was almost confident of success, as officially it was believed that Jesus will return to earth after a Millennium of godlessness and sinfulness. In revelation it is said that disaster will be enormous, and “people will faint from fear.”

1000 a year is a leap by the way, was traditionally to the early middle Ages. This year Hungary, Iceland and Norway adopted Christianity and started to wait for the end of the world, but nothing more global in the world happened. At the end of the year theologians dawned on me — counting the time you need not the birth of Christ, from his death! Date immediately shifted to 1033. From that moment to the expectation of actively connects mother Russia.

Later, the accession of our ancestors to the General hysteria due to the fact that Christianity in Russia has adopted quite late in the year 988. 999 and 1000, our ancestors were busy with some organizational issues so these two dates simply missed. To 1033 year all is said and done and all have come to expect the last judgment as aggressively and hysterically as the Europeans. 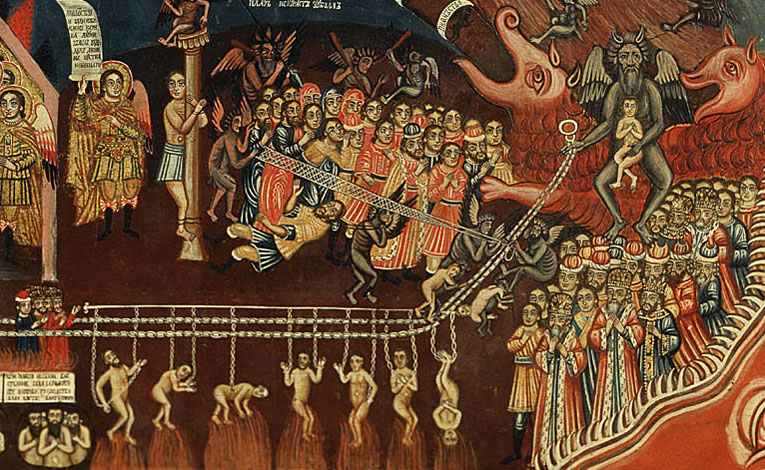 According to the plan, in 1033, the year it was expected the revelation of Antichrist, which released 5 years reign on Earth and only then comes the end of the world with all its unpleasant consequences. Oil poured into the fire, and that in the year 1038 coincided with the Annunciation and good Friday. Despite what the prophecy said about how Easter and the Annunciation, no one to spoil a great occasion for any one day.

Needless to say that the last judgment took place, and all who gathered bundles of belongings and dressed in clean underwear, stood near the temple, looked into the sky, and went to celebrate Sunday. How did you feel many preachers and soothsayers, preparing the ground for the Apocalypse for five years, history is silent.

Not counting small local Apocalypses, which are in different regions expected almost every year, the next major end of the world in Russia was expected in 1492. The main reason was that the Byzantine clergy of the Paschal, that is, the annual date of Easter has ended just this year.

Specifically ask was very certain — in 1453 Constantinople was captured by the Turks, and Orthodox priests have run someone somewhere. It was also important that according to the Church calendar, this was the year 7000 from the creation of the world. Isn’t that a beautiful date, we all die and appear before the Supreme Court? 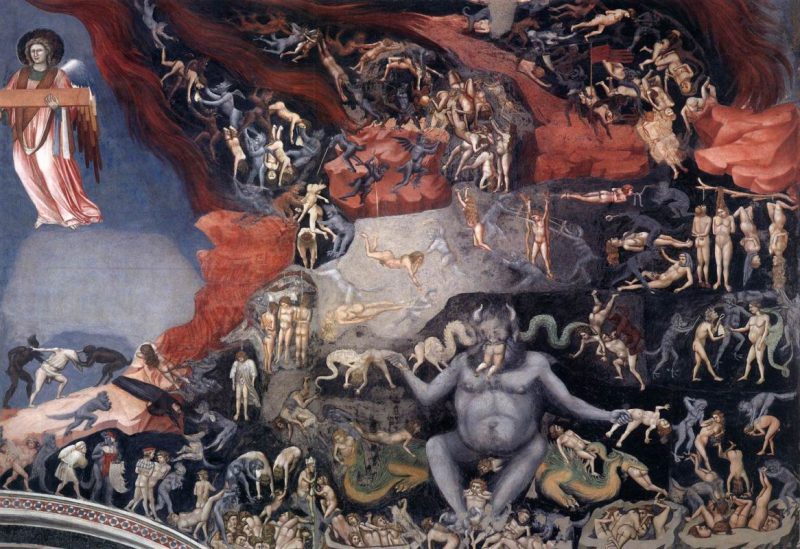 Sages, bending his clumsy fingers brought and accurate calculations — Saint Peter once said that one day to God is 1000 years for ordinary people. The creation of the world along with the vacation lasted 7 days, and therefore, it is logical that the world will exist of God 7 days or 7000 years for mankind.

Waiting for the end significantly affected the socio-political and economic life of our ancestors. The princes, who have always acted with unbridled, in large quantities were sent to monasteries to atone for sins and to live righteously, and farmers, to celebrate, decided not to seed the fields and just wait and pray. New year, which falls on 1 September, in 1492, passed without incident, and it became clear that the Apocalypse will happen when some other time. 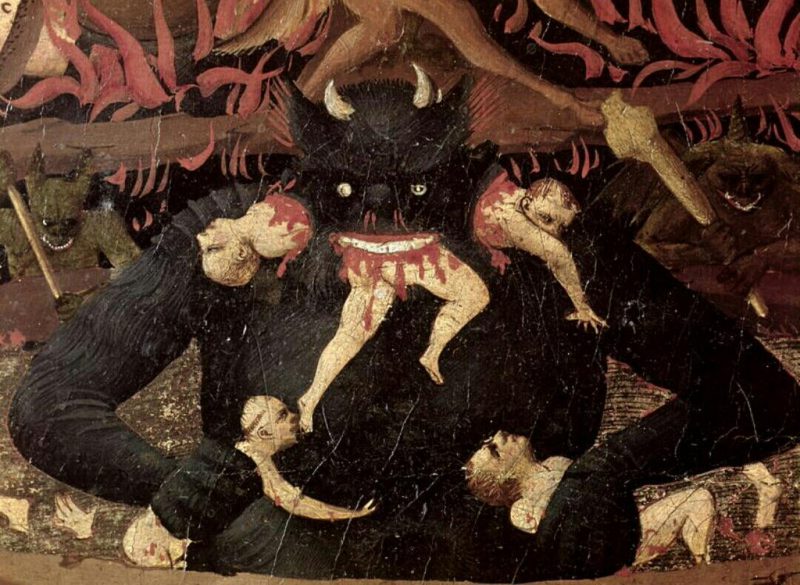 However, for many commoners, the end of the world in winter 1492-1493 year is still due. In many regions, where particularly believed in the end and did not care about food and fuel for the winter was a severe famine with human victims. However, particularly persistent would fall another 2 or 3 years. For a peasant with his difficult, full of hard work and the injustices of life, the opportunity to go to Heaven was just too tempting, so it was abandoned.

A Period Of Turmoil

In the XVII century Russia rocked such events that in the Apocalypse believe even the most hardened skeptics. If previously everything was based on theoretical calculations, but now everything has become absolutely clear. The century began with natural disasters — the middle lane in the spring covered a protracted rains stopped field work, and in July suddenly hit the cold and it was snowing. 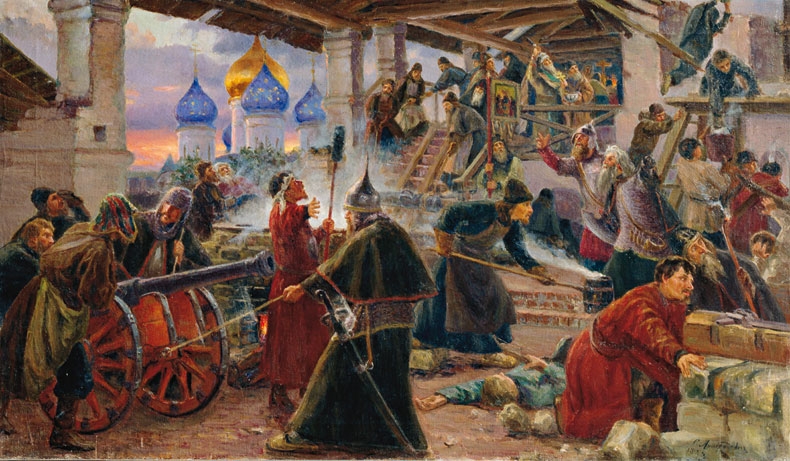 Climatic shocks such plan was repeated 3 years in a row, bringing people to despair. Severe hunger, which was not remembered even seasoned Russia, devastated villages and towns. Historians claim that Muscovy has lost a third of its population. To hunger and bad weather added to other signs of a comet and a solar Eclipse.

The conclusion of the three disastrous years marked the beginning of the Troubles, during which start one after another war. On the throne of Moscow was proved to be impostors, and through the woods hung a huge gang of robbers, do not hesitate to attack whole cities.

The epidemic and the schism

By 1654, it got worse. The protracted signs of the last judgment in the middle of the year joined in a large-scale plague. In August occurred the Eclipse of the Sun, which, however, are nothing new nobody told — the fact that the end of the world to be was not disputed. The plague that swept Moscow in the winter of 1654-55 years, claimed 800 thousand lives.

Completion Mora coincided with the Church schism — Reform, divided the Orthodox Christians into two camps. Believers seriously believe that Patriarch Nikon and have the same expected Antichrist. New Jerusalem monastery founded by Nikon in 1656, only convinced opponents of reform are right — according to a prophecy, Antichrist was to come from Jerusalem. Approaching year 1666, 666 just had to be the last in the history of mankind.

I must say that the end of the world everyone was expecting different. Among the peasants it was fashionable to throw the plow and devote free time to zakalivanie sins. There were also more radical ways of waiting. Sometimes people even left their farms and went to the forest to dig his own grave and lying in it, waiting to die. Then for the first time coined the term “post” which is meant to starve himself to death to death. Strict fasting was an integral part of expectations of the Apocalypse. 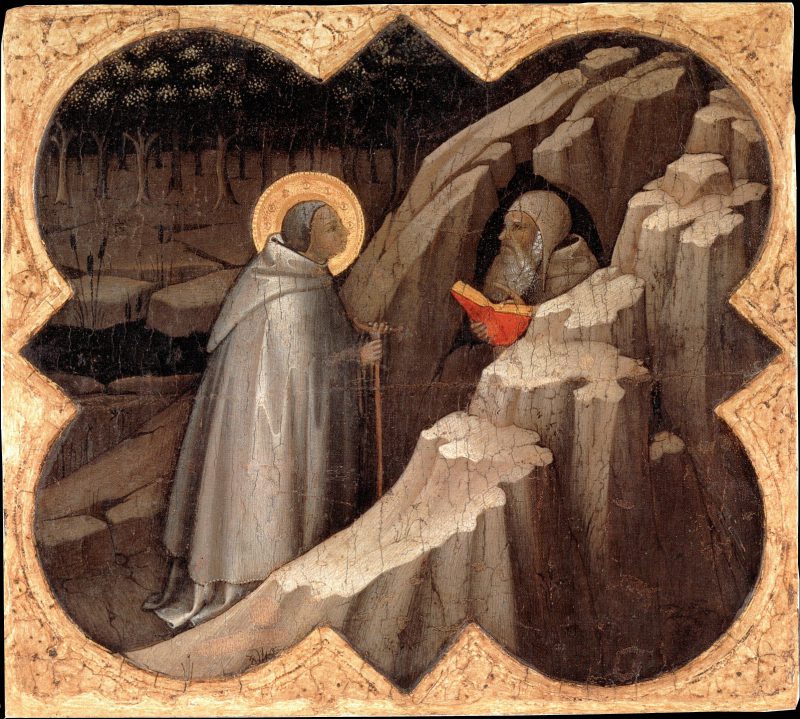 To starve to death — it was the only Church not censured by way of suicide and to him resorted with their families. The old believers who refused to accept Church reform, and also practiced the so-called “Gary”. Hunted by the authorities, they preferred a painful death, shame of the new religious rites. Conservatives gathered in groups, locked in the houses and just burned himself together with the children and all belongings.

Another radical manifestation of the expectation of the last judgment have become eunuchs. Men who joined a sect that castrated himself to avoid sin and to prepare to meet your Maker. In the XVIII century, this phenomenon became particularly common — many eunuchs preachers roamed the villages and cities, forcing men to unpleasant surgery in order to get a guaranteed pass into Heaven. 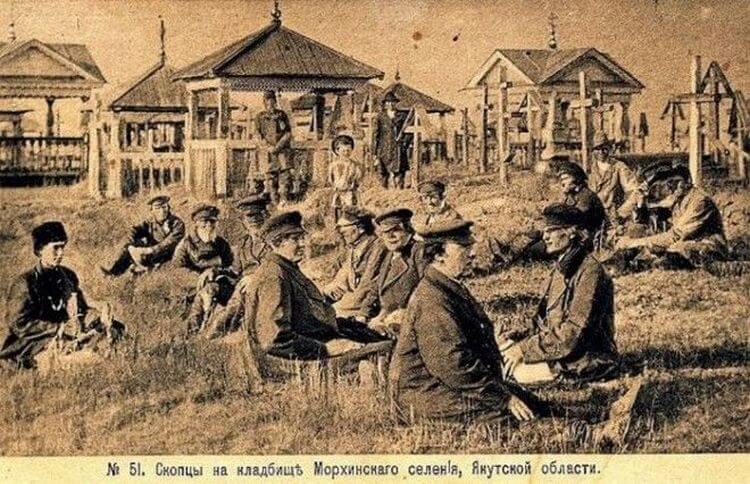 It should be noted that a large number of religious suicides in various segments of the population, characteristic for all