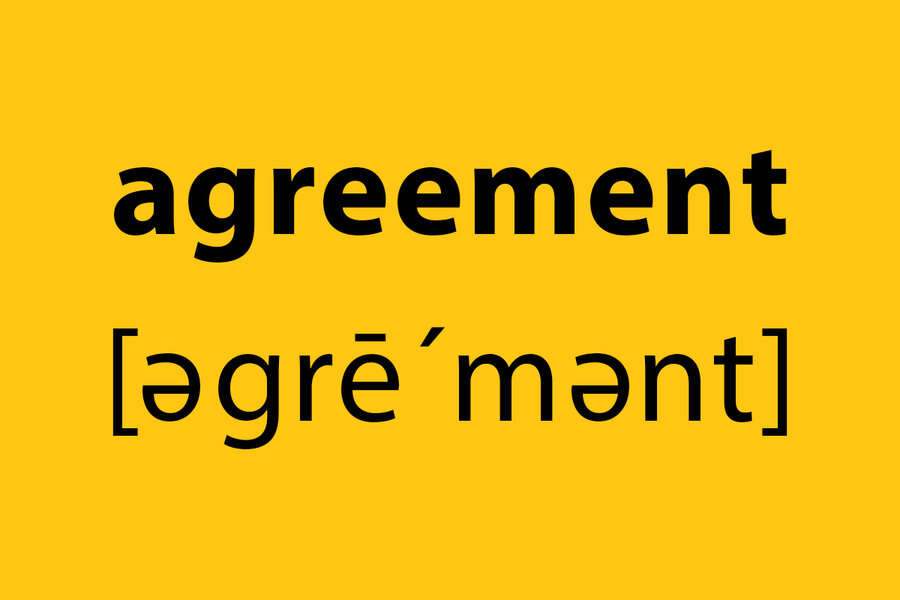 Nouns and verbs must “agree” in English. If the subject of a sentence or a clause is singular, its verb must be too (“he works”); if the subject is plural, so is its verb (“they work”). Most of us do this intuitively, although speakers whose first language doesn’t have this sort of agreement (Chinese and Japanese, for example) might have to remind themselves of the rule in English.

Sometimes, though, it’s not so obvious. Let’s say the subject of your sentence is a crowd. That’s a singular noun, so agreement would seem to demand a singular verb: “A crowd of people was at the party.” It might seem more natural, though, to say “A crowd of people were at the party.” Neither of these sentences is wrong, per se; they simply abide by the rules of the two different types of agreement. The sort of noun-verb match we’ve been talking about is formal agreement (“A crowd was”). Notional agreement, in contrast, has the verb reflect how the speaker is thinking about the subject. Since a crowd contains many people, it is acceptable to use “were.” In essence, the verb agrees with the meaning of the sentence.

Notional agreement – also called “notional concord” and “synesis” – frequently comes into play when the subject is a collective noun like crowd, which is singular in form but refers to more than one person. If you are talking about a pair, trio, team, faculty, mob, multitude, group, and so on, your verb can be singular or plural, depending on what you want to emphasize about your subject. A singular verb suggests unity, thinking of the collection “as a unit,” as Garner’s Modern English Usage explains. For example: “The pair of shoes is getting old.” A plural verb, in contrast, stresses plurality, and the individuality of each member: “The pair were happy on their honeymoon.”

In the end, the editors rewrote the caption and got rid of the potentially contentious issue. They went with the inarguable “A panel marks,” since the photo only showed one of the panels anyway. Sometimes discretion is the better part of valor.