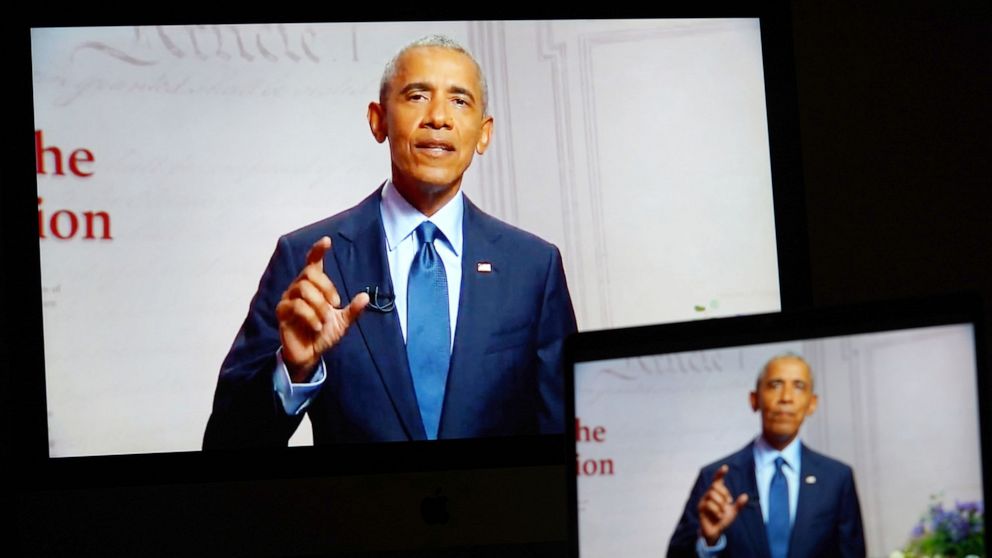 It’s a classic political moment — the still-popular former president hitting the trail for his loyal former deputy, helping to close strong for the man he wants to see continue his legacy.

But even if former President Barack Obama was filling a stadium as opposed to its parking lot on Wednesday, this would not be a moment for nostalgia among Democrats.

As Obama makes his first in-person campaign visit on behalf of former Vice President Joe Biden on Wednesday in Philadelphia, it’s worth remembering how vital the former president is to the political identity of both Biden and President Donald Trump.

Obama has been an omnipresent force this campaign, if often slightly off-stage. Biden’s references to “Barack and I” helped carry him through primaries where Obama stayed neutral, and Trump’s rants about “Obamagate” and other exaggerated alleged transgressions are part of his greatest-hits rally rotation.

Obama on Wednesday is expected to emphasize down-ballot races and speak directly to Black men, amid signs that Biden is underperforming in that demographic. Younger Black voters in particular are a concern for the Biden campaign, which sees potential victory in turnout in Philadelphia, Detroit and Milwaukee — to say nothing of Charlotte, North Carolina, and Atlanta.

A “drive-in car rally” with honks and high beams do not make the visuals anyone could have predicted for Obama’s return to the trail.

But the former president is a potent political force — something both Biden and Trump can agree on.

Senate Republicans are on track to quickly advance the confirmation of Judge Amy Coney Barrett this week, though at the same time very hesitant to bring a potential economic deal to the floor for a vote any time soon.

Republican Leader Mitch McConnell said Tuesday that if in fact Democratic House Speaker Nancy Pelosi and the White House were to reach a deal for additional relief and stimulus for American families and businesses, he would bring the bill to the Senate floor for consideration. But he stopped short of promising to do so before Election Day.

When asked directly if he would back a bipartisan deal if the president signs off, McConnell hedged too. Senate Appropriations Committee Chairman Sen. Richard Shelby, R-Ala. said it was “doubtful” the Senate would vote to approve a possibly-large aid package.

Pelosi and Treasury Secretary Steven Mnuchin have not yet reached a compromise, but Tuesday both sides said they were making progress in their negotiations.

People showed up before dawn with folding chairs, snacks, and medication to stand in line on the first day of early in-person voting in Wisconsin on Tuesday morning. Milwaukee Election Commission Chairwoman Stephanie Findley told ABC News, “The lines are long but people do not mind because they came to vote.”

The early voting period is expected to bring a surge of absentee ballots in a state that has already cast nearly a third of the total votes counted in Wisconsin in 2016.

And though an official number will be announced later this morning when the statewide vote totals are updated by the Wisconsin Elections Commission, the picture was coming into focus Tuesday in Wisconsin’s biggest cities.

FiveThirtyEight Politics Podcast. Over the past few months, President Trump has framed the 2020 election as a defense of suburbia. In a Wall Street Journal column in August, he and Secretary of Housing and Urban Development Ben Carson promised to protect the suburbs from being transformed into “dysfunctional cities.” And in a tweet several days later, Trump warned that suburban women should be wary of Democrats, as they would allow crime to drift into suburban communities. https://apple.co/23r5y7w