The Chinese President and Argentine leader Alberto Fernandez strengthened their relationship with a phone call to reaffirm mutual support in the fight against COVID-19 and bolster cooperation during the post-epidemic era. Mr Xi said that China will continue to work with Argentina, to promote “the building of a community of common health for mankind”. and roll out the new economic development pattern of “dual circulation”. Beijing welcomed more high-quality agricultural products and high value-added products from Argentina to enter the Chinese market, and invited Argentina to participate in the third China International Import Expo (CIIE).

Buenos Aires hopes to deepen bilateral cooperation in trade, investment, infrastructure, finance, vaccines and other fields, and jointly promoted the building of the Belt and Road initiative.

But it could spell disaster for Washington.

Under China’s Belt and Road Initiative, Beijing has invested in infrastructure development in nearly 70 countries.

The Chinese government calls the initiative “a bid to enhance regional connectivity and embrace a brighter future,” but experts fear it is a “debt-trap” on the path to global dominance. 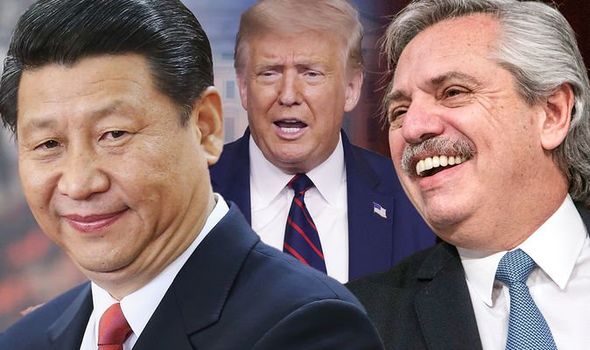 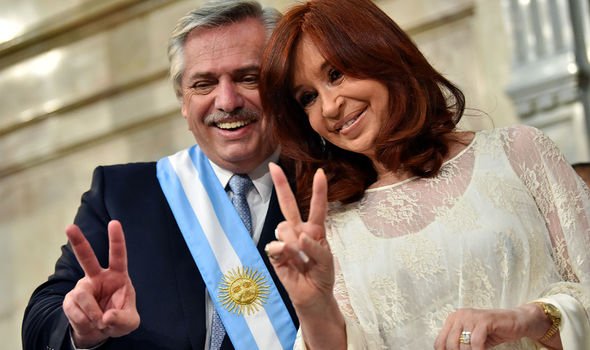 Over the last decade, China’s trade, aid, diplomatic, and commercial activity has been steadily and significantly scaling up and the US is increasingly concerned.

Ms de Kirchner approved $15billion (£11.45billion) in loans, including the renovation of the Belgrano Railway and the construction of two hydroelectric dams.

China was allowed to construct a space station in return.

This appears to have been welcomed by Argentinian citizens, 80 percent of whom viewed Chinese investments as positive for the country according to a survey by Argentina Pulse. 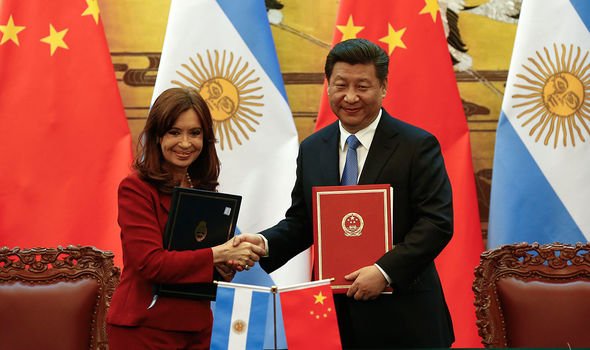 Mauricio Macri, who served as President from 2015 to 2019, was initially frosty towards Beijing, but that changed amid China’s trade war with the US.

Latin America analysts Benjamin Gedan and Emma Sarfity suggested that Argentina has never really moved away from China, even under Mr Macri.

They wrote for The Global Americans in 2019: “Argentina did pivot toward the United States, but barely inched away from China. 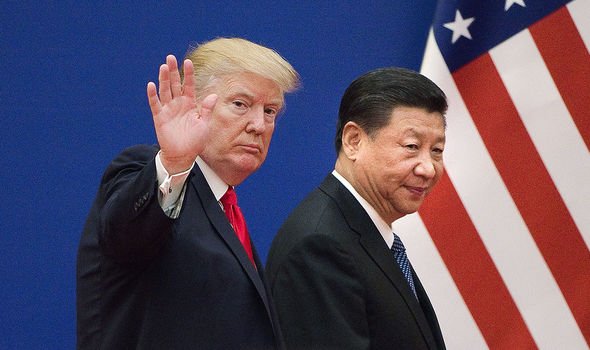 The pair went on to note that if Alberto Fernandez was to win the presidency, Ms de Kirchner would bring with her “not only admiration for Beijing and a legendary appetite for Chinese loans, but also a history of rocky ties with Washington”.

In October last year, he did just that, with the Judicial Party winning office and bringing Ms de Kirchner in as Vice President.

And Mr Trump’s “America first” policy may have isolated the US at a time when the likes of Russia and China are on the rise, in what experts have warned could lead to conflict in the future.

Washington has traditionally seen the majority of its long-term adversaries that lie in Latin America as a legacy of the Cold War when the Soviet Union actively courted nations in the continent.

After the fall of the USSR, Latin America seemed to become a geopolitical-free zone, but the climate shifted after a new generation of leaders in the likes of Venezuela and Bolivia, which challenged the US diplomatically and opposed Western power. 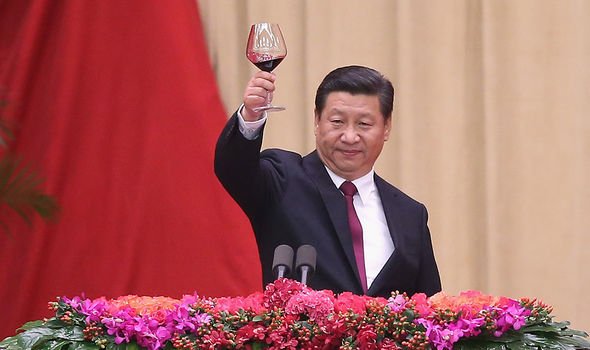 This has led to some South American countries turning to the likes of Russia and China and Professor of Global Affairs at the John Hopkins University, Hal Brands, believes it could soon “become a battleground in the new Cold War”.

He said: “As China’s economy has boomed over the last two decades, its presence in Latin America has grown as well.

“Chinese military engagement followed, creating fears that Beijing may be trying to establish a strategic foothold in the Western Hemisphere.”

But, Prof Brands says China is not the only threat.

He added: “Russia has provided economic and diplomatic support to Chavez, Maduro and other autocratic rulers. 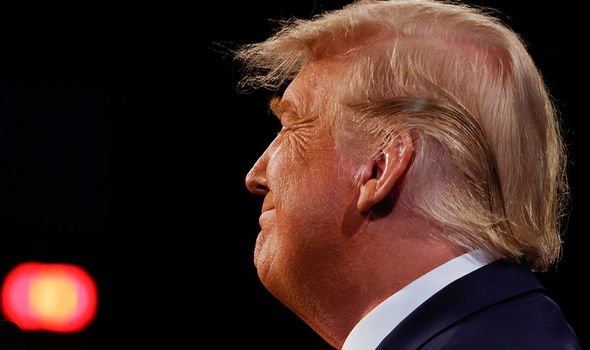 “It has sold jets, tanks and other weapons to populist governments, and resumed providing military technology and oil to Cuba.

Prof Brands says this involvement in Latin America also has a “deeply competitive logic” as a way of keeping the US “off-balance” by investing on their doorstep.

He went on to explain how Venezuela could become a key player in this “new Cold War” scenario.

The Venezuelan presidential crisis remains unresolved and who holds the office has been disputed since the opposition-majority National Assembly declared that Nicolas Maduro’s 2018 re-election was invalid and appointed its president, Juan Guaido, to be acting president of the country. 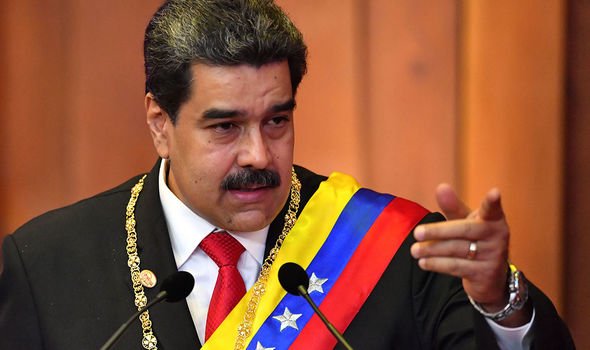 Starting in June, however, it has been claimed that the Maduro regime orchestrated moves to disqualify party leaders, install its own supporters into key roles in three major opposition parties – including Mr Guaido’s.

The Organisation of American States (OAS) passed a June 26 resolution rejecting the moves and the legitimacy of the December elections.

In the months that followed, the Trump administration ramped up sanctions, but they were undermined by Russia, Cuba, Turkey and India – who helped support Venezuela, according to officials in both the US and Venezuelan opposition activists.

Prof Brand added: “The growth of Russian and Chinese influence in Latin America broadly, and Venezuela specifically, is a key reason the Trump administration has so uncharacteristically taken up the banner of human rights and democracy.

“By imposing harsh economic sanctions, calling for the military to desert Maduro, and backing the political opposition led by Juan Guiado, the Trump administration is seeking to deprive Moscow, Beijing and Havana of a critical partner in Latin America. 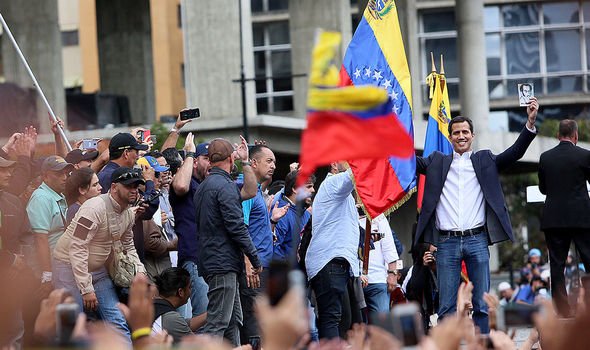 “The Chinese government has registered its opposition to the international campaign against Maduro’s government. it has continued to recognise his embattled government even as dozens of democratic countries have thrown their support behind Guiado.

“Russia has been far more assertive, denouncing Washington for trying to ‘engineer a coup d’etat’.

“It has warned against American military intervention, and symbolically dispatched two nuclear-capable strategic bombers to Venezuela.”

The severe crisis experienced by Venezuela led to an exponential increase in the number of migrants arriving in the US during the last decade.

Both Mr Trump and Mr Biden have tried to appeal to those voters ahead of the US election by strongly criticising the Maduro administration – referring to the leader as a “dictator”.

From the White House, Mr Trump has been a strong supporter of Mr Guaido.

Debate persists over how far the US should go to usher in a transition of power in Venezuela.

Mr Biden supports targeted sanctions on regime officials and diplomatic efforts to pressure Mr Maduro to step down, but along with many other Democrats questions the wisdom of broader sanctions or a US military intervention.

The former Vice President said Mr Trump has “taken a wrecking ball to our hemispheric ties,” pointing to his immigration policies and also to what Mr Biden sees as a “haphazard approach to the regional crisis in Venezuela”.