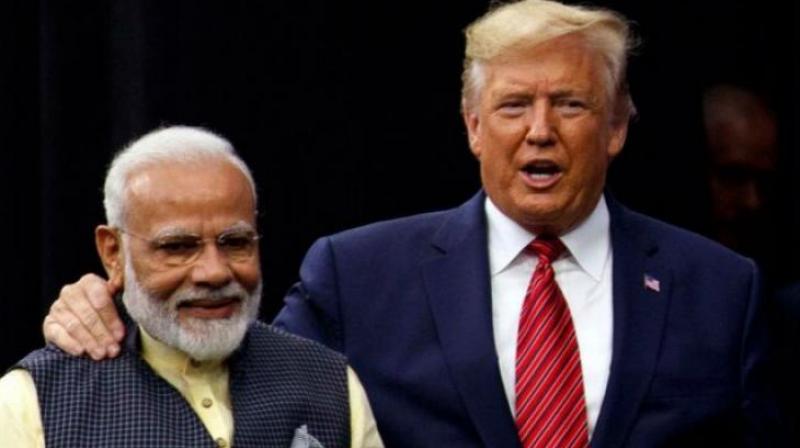 New Delhi, October 23 : The United States confirmed on Friday that it was “watching the situation” on the Sino-Indian Line of Actual Control (LAC) “closely” and that it would “probably” be discussed during the forthcoming Indo-US 2+2 talks at the foreign and defence ministerial level on October 27 in New Delhi, adding that the (defence pact) “Basic Exchange and Cooperation Agreement (BECA) and other agreements are in the works”. The US also said it would “empower” countries in the Indo-Pacific region “to push back” against Chinese military assertiveness.

In response to a question on the forthcoming 2+2 Dialogue with India, a US State Department official told reporters via tele-conference, “Certainly, I think the situation on the LAC will be – will probably be discussed at some point, and we’re watching the situation closely.  I think both sides have expressed a desire to de-escalate violence.” In response to another question, he added, “We’re in the process of finalising a lot of the discussions right now, and so I know that BECA and other agreements are in the works.”

The US official also said, “The 2+2 format is reserved for our closest friends and partners and reflects our belief that the United States and India are stronger, more secure, and more prosperous when we work together.  The 2+2 discussions will focus on global cooperation, on pandemic response, and challenges in the Indo-Pacific: economic space and energy collaboration, people-to-people ties, and defense and security cooperation.”

As already reported, United States Secretary of State Michael R. Pompeo and Secretary of Defense Mark T. Esper will be visiting New Delhi on October 26 and 27 and will hold talks with their Indian counterparts S. Jaishankar and Rajnath Singh on October 27 as part of the Indo-US 2+2 talks. As also reported already, India and the United States could ink the Basic Exchange and Cooperation Agreement (BECA) defence pact for “greater geospatial information-sharing” during the forthcoming Indo-US 2+2 talks.

According to reports, the BECA pact will enable India to use US geospatial intelligence and satellite imagery to improve the accuracy of missiles and drones, a development that could prove crucial amid the situation in the Ladakh sector where there is heavy deployment of both Indian and Chinese troops backed by tanks and heavy artillery on both sides. The BECA is the third proposed defence pact between the two countries after the signing of the Logistics Exchange Memorandum of Agreement (LEMOA) in 2016 and the Communications Compatibility and Security Agreement (COMCASA) in 2018.

Mr. Pompeo will also be separately visiting Sri Lanka, the Maldives and Indonesia after New Delhi. Commenting on that forthcoming visit to Indonesia, another US official said, “You’ve seen Indonesia has pushed back on Chinese ships fishing in its Exclusive Economic Zone (EEZ) illegally.  And so there are things that we have done, again, that empower these countries to push back.”