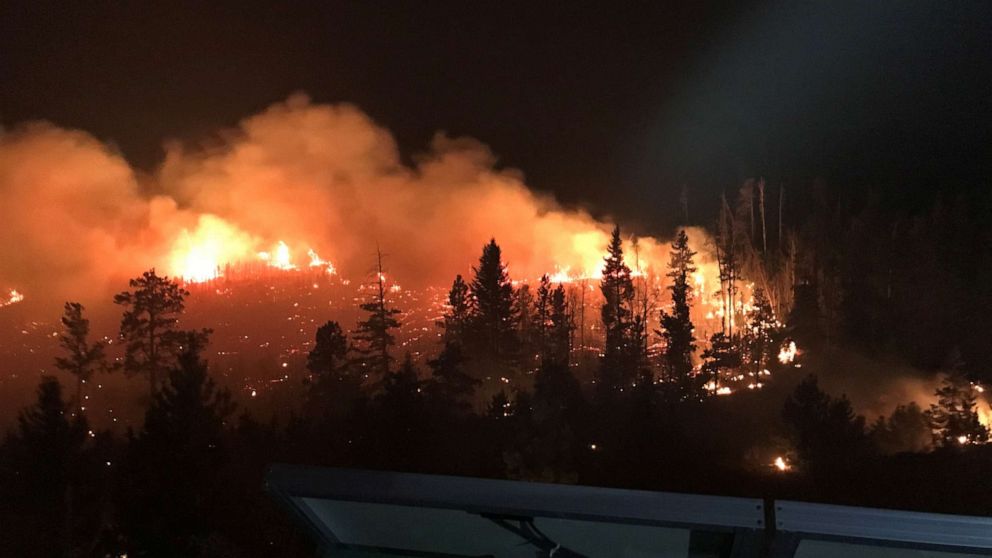 A new wildfire broke out northwest of Denver — called the East Troublesome wildfire — and it is 19,086 acres and 10% contained with mandatory evacuations in effect.

There is some bad news for Colorado and a huge part of the West on Thursday as more gusty winds are expected today, making fire danger critical.

Gusty winds of up to 30 to 40 mph are expected for Colorado and the Rockies with highest winds forecast in Northern California where they can gust to near 50 mph.

A new winter storm is moving from the northern Rockies into the Upper Midwest and western Great Lakes where a winter storm warning has been issued.

Some areas could see up to 8 inches of new October snow but it looks like the Twin Cities will miss the heaviest snow this time around.

Behind this second snowstorm, bitter cold air will be moving into the central U.S. with some areas dipping into the single digits and even below zero.

Some record lows are possible in the Rockies and northern Plains this weekend as well.

Wind chills could reach single digits in the Twin Cities and teens in Des Moines on Saturday morning.

Thankfully, there is no major landmass in the path of the hurricane this time, however.

Epsilon is expected to stay to the east of Bermuda tomorrow with just gusty winds and rain expected on the island as a Tropical Storm Warning has been issued for the island nation.