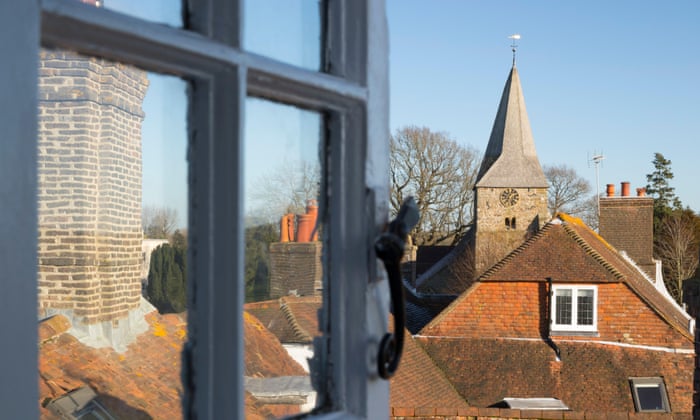 Britons could be urged to throw open the windows in an effort to keep coronavirus at bay as scientists call for a public information campaign to stress the importance of ventilation in reducing its spread.

A paper by the Environmental and Modelling group for the government’s Scientific Advisory Group for Emergencies (Sage), dated 30 September, reveals concerns over the role of poor ventilation in the spread of the coronavirus, noting evidence that suggests insufficient airflow could increase the risk of transmission from tiny airborne particles known as aerosols that can carry the virus more than 2 metres.

“Ventilation should be integral to the Covid-19 risk mitigation strategy for all multi-occupant public buildings and workplaces,” the team write.

Prof Linda Bauld, an expert in public health at the University of Edinburgh, welcomed the emphasis on fresh air. “It is a really, really important topic that has not been given enough attention,” she said, noting that a number of outbreaks, including those involving choirs, have raised concerns over airborne transmission.

The report urges the creation of a public information campaign on the issue. “A simple public guide on ventilation should be developed with reasons why ventilation is important, practical tips and/or FAQs,” the report notes, citing similar campaigns on the importance of handwashing and face coverings.

Bauld noted that neither the UK messaging around “hands, face, space” nor the Scottish Facts campaign mention ventilation. But she added that information on ventilation would depend on the setting, meaning more complex messaging – a problem the report acknowledges.

“Assessing ventilation in many environments requires engineering expertise, and mitigation measures are setting specific taking into account the nature of the building and users, ventilation type, length of exposure and activity,” the report notes..

Bauld added that in many settings, ventilation would involve a simple approach. “How are you going to get airflow in an enclosed indoor space? In most situation in the UK it is absolutely just about windows and doors,” she said.

Coronavirus: what has changed about what we know? – video explainer

Dr Shaun Fitzgerald, from the University of Cambridge who contributed to the new report, said ventilation had been mentioned in government news meetings. But, he stressed, more needed to be done to highlight its importance, noting in his experience this was particularly necessary for smaller businesses such as convenience stores, independent coffee shops and hairdressers.

“We need to raise the awareness, especially in colder weather where the natural inclination has been, for many places, which are possibly not well-designed, to close the windows and close the vents,” he said.

According to the report: “Under steady state well-mixed conditions for the same duration, models suggest that exposure to aerosols approximately halves when the ventilation rate is doubled.”

But while the report stresses the importance of ventilation, it says other factors must also be considered such as “thermal comfort”, exposure to pollution and energy use.