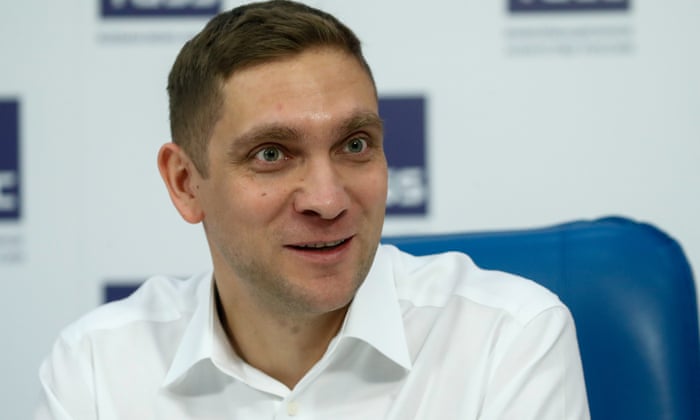 Vitaly Petrov, the Russian former driver who was a steward at the Portuguese Grand Prix, has stepped down after his father, Alexandr, was shot dead at his home in Vyborg, 80 miles north-west of St Petersburg. He will be replaced by Bruno Correia, the Formula E safety car driver.

On Thursday Petrov had been criticised for being used in the stewarding role by Lewis Hamilton in response to the negative comments Petrov had made on the British driver’s anti-racist stance this season.

The FIA stated Petrov had stepped down from his position after “a personal bereavement” and Russian media is reporting the incident as an assassination. Petrov has returned home to Russia.

The full statement from the FIA read: “The FIA confirms that, due to a personal bereavement, the Driver Steward for the 2020 FIA Formula 1 Portuguese Grand Prix, Vitaly Petrov, will not continue with his duties for the remainder of the weekend. The thoughts of the FIA are with Vitaly and his family at this time.”

Petrov raced in F1 between 2010 and 2012 for Renault, Lotus and Caterham. He made 57 race starts with a best finish of third for Renault at the 2011 Australian GP. He has since gone on to compete in sportscar racing, including a third place in class at the Le Mans 24 Hours in 2019.

After Hamilton’s criticism of the Russian’s remarks the FIA defended their decision to use Petrov, noting that personal opinions were not taken into account if they did not breach the sport’s regulations or code of ethics.

The F1 race director, Michael Masi, expressed his sympathies and was confident that Correia would be able to step into the role. “Firstly and most importantly our thoughts with Vitaly and his family at this time,” he said.

“With regards to a replacement driver steward, we’re fortunate in that long-term FIA safety car driver in Formula E and for the World Touring Car Cup, Bruno Correia, lives locally in Portimão. So he will join us tomorrow morning. We arranged everything with regards to Covid testing and so forth, and he will join the stewards’ panel in the morning. Obviously we’re very thankful to Bruno, and as I said our thoughts are with Vitaly and his family.”