The warning will remain in place from Sunday until Tuesday.

According to the NWS this is likely to be the “strongest event of the year so far”.

California has already been badly hit by wildfires this year with more than 8,000 incidents reported.

These killed 31 people and burned 4 million acres, more than in any other season in the state.

“Now is the time to prepare for wind and wildfire impacts!”

The NWS predicts sustained wind speeds of 20-30mph whilst some gusts could reach as high as 70mph.

A statement released by the California Department of Forestry and Fire Protection (Cal Fire) said it had deployed extra staff to help deal with the conditions. 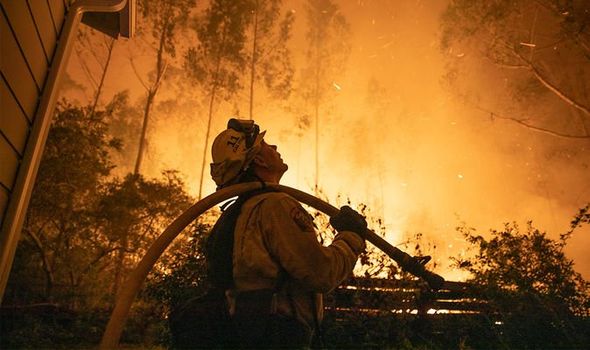 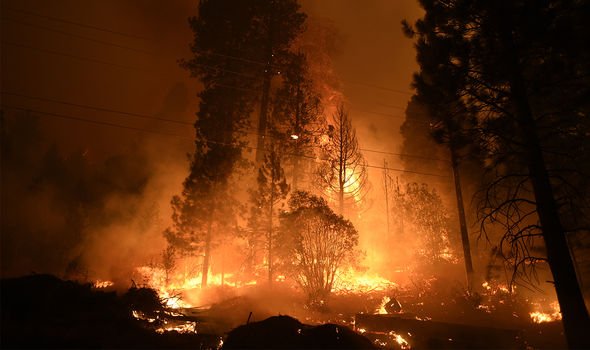 Pacific Gas and Electric (PG&E) said it might have to implement a safety shutdown on Sunday due to the dangerous conditions.

In a statement they said: “PG&E’s meteorology team is tracking perhaps the strongest offshore wind event of the season.

“These conditions pose an increased risk of damage to our electric systems which have the potential to ignite fires.”

If the shutdown goes ahead it could affect nearly 500,000 people. 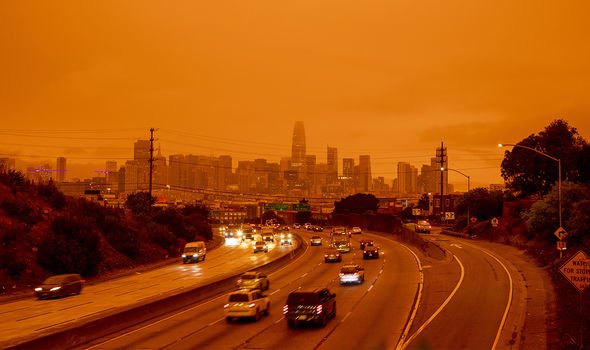 Cal Fire reports there are currently 21 wildfires raging in the state, 21 of which are counted as major incidents.

Some 5,300 firefighters are currently battling the infernos.

Thus far wildfires across the US have already burned over 8.6 million acres, two million more than the ten year average.