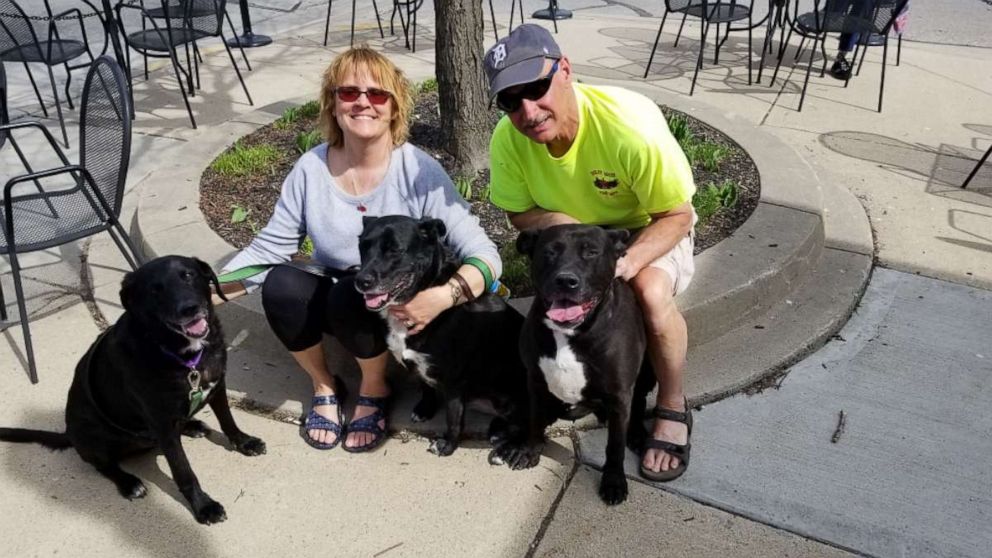 Dan Egeler, a 59-year-old cancer survivor, is planning to run four marathons in 24 hours this weekend to raise money for two local nonprofits that focus on dog rescue.

“The first words out of their mouths are… you must be crazy,” said Egeler, of Dexter, Michigan.

“Both of them are completely volunteer-based, so every dollar that gets donated will ultimately go to support the dogs,” he said.

He said he was inspired to help when he noticed traditional fundraisers were being canceled due to the COVID-19 pandemic.

Both nonprofits said that they’re incredibly grateful for the support.

“We are 100% funded off the generosity of people like [Egeler] who are touched by our story and what we do and just want to see these dogs have a better life,” said Kerry McLaughlin, vice president of Bark Nation.

Bark Nation rescues and rehabilitates dogs from dogfighting. According to their website, their mission is simple: “to end canine cruelty and save lives.”

Waggin’ Tails Dog Rescue, a local volunteer-run adoption agency, is also reliant on the generosity of community members like Egeler.

“We are completely foster-based, so all of the dogs that come into our organization go directly to the homes of our fosters,” said Cathy Cohn, who works at the rescue center.

Egeler created a website called Waggin Bark Race — to honor both nonprofits — where people can donate and track him as he completes his nearly 105-mile trek.

Egeler told “World News Tonight” that he’s ready. “I know it’s crazy,” he said, “but you know what? We’re going to have fun.”