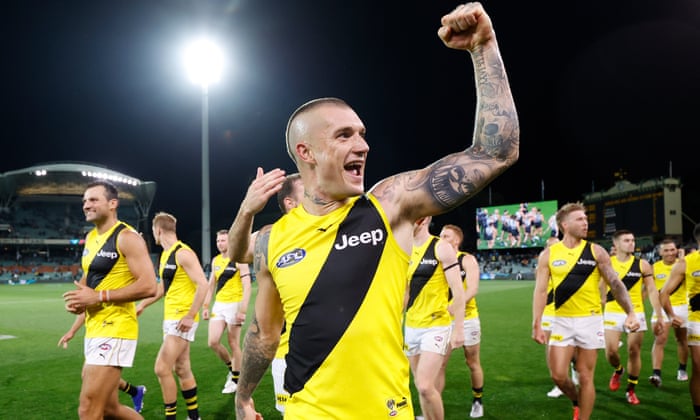 As easy as it is to take for granted how very good Richmond are these days, it is just as easy to forget how very ordinary they were not long ago. Prior to 2017, the Tigers had not won a premiership for 37 years and had featured in the finals just three times in the previous 15 seasons. After one game in 2016 – a 70-point loss to Hawthorn that produced Richmond’s lowest score in Damien Hardwick’s seven years at the club – the coach’s rhetoric embodied a club going nowhere: “I thought our defensive efforts were nothing short of shameful.” Now, you cannot wipe the smile off his face.

The turnaround at Punt Road has been nothing short of astonishing. Four years ago, Hardwick was a flip-of-the-coin proposition to keep his job. Four years ago, Richmond were entrenched also-rans of the competition. Four years ago, nobody saw what was coming. On Saturday night at the Gabba, the Tigers will be shooting for their third flag in four seasons. They stand on the precipice of greatness. Should they push through, Richmond’s bonafides as a modern-day giant will be confirmed and the frightening thing is the premiership window does not look like closing any time soon.

The Tigers will be looking to do to Geelong what they did to Adelaide in 2017 and Greater Western Sydney last year. The prize is a place in history alongside the likes of Brisbane in the early part of the century, Geelong a decade or so ago and the mighty Hawthorn side of 2013-2015. But who knows where it might stop. Melbourne in the 1950s, Collingwood in the 1920s, the 1980s Hawks; if Richmond keep this up, their place in the conversation will extend beyond the recency of greatness.

But first there is Saturday. Richmond enter the 2020 grand final as slight favourites but their path to the decider has a markedly different look about it. The knock on the Tigers’ premierships in 2017 and 2019 was their saloon passage at the MCG, but there can be no such complaints this year. Most teams have done it tough in a season governed by the coronavirus – Geelong included – but Richmond will take added confidence from the fact they weathered over three months in a hub, plus the odd Covid-19 scandal, to progress to the last weekend. For Hardwick, shame has made way for joy. “I couldn’t be prouder of the playing group,” he said after Richmond slogged their way past Port Adelaide, the minor premiers, in the preliminary final.

Without doubt, the Tigers have recruited shrewdly in the past few seasons. Shai Bolton, Marlion Pickett, Dion Prestia, Tom Lynch: these have all been welcome additions. But Richmond’s ascent is not primarily down to a personnel tweak here and there, nor to their A-graders coinciding their arrival at peak maturity. The seismic shift to Hardwick’s approach to coaching after 2016 made Richmond a different place. A happier place. With it has brought clarity around gameplan and absolute buy-in from the entire list. “I think we get a real soldier-like performance from all our players,” Hardwick said. “They play their role and they rely on the system to get the result. We ask our players to commit to it and some players will have a great day on the stat sheet and others won’t. We don’t rely on any one player to dominate like some other sides do.” 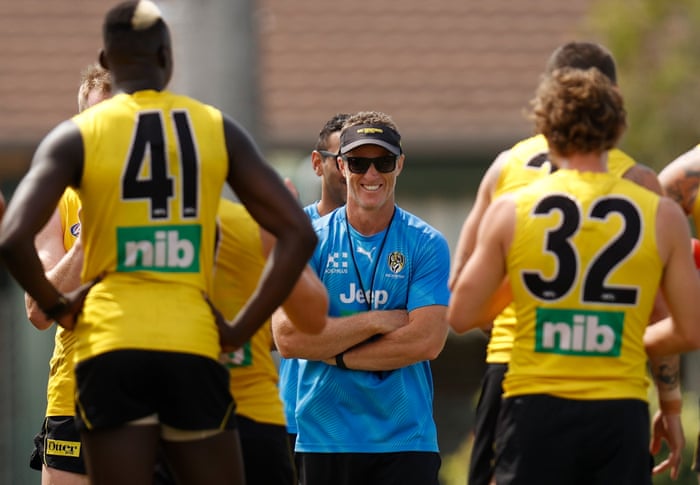 Already a Brownlow medalist, dual Norm Smith medalist and four-time All-Australian, Martin will occupy air even more rarefied as a triple-premiership player if Richmond prevail. It is fitting he should tread the same turf as Ablett on the day the Geelong superstar hangs his boots for the final time. Ablett departs the game as many a person’s idea of the greatest player of the modern era, and if he takes with him to the Gabba a metaphorical baton he should hand it to Martin. Still only 29, if there is a ceiling to his level of achievement in the game it is yet to be seen. Martin has few peers, but in Patrick Dangerfield Geelong have a man at the peak of his powers capable of impacting the game with similar authority. Both players will spend time forward, but if we are treated at any stage to a head-to-head dual in the middle, we should be eternally grateful.

The tattoos, the Travis Bickle-esque hair, the intemperate bombast of his play, even his enviable ability: these things make Martin not to everyone’s taste, not unlike the team for which he represents. Richmond play on the edge and their roughneck brand of footy has been to the fore this finals series. Of recent incidents involving Lynch and Trent Cotchin, Hardwick was unapologetic – “it’s a big boys’ game” – while Jack Riewoldt is also keen to play down Richmond’s bull-boy typecast. “It’s not something that we go out and try to be,” the forward said recently on Melbourne radio. The Richmond Football Club might baulk at any public contempt, but with their men on the brink of greatness a popularity contest is one game they will be happy to lose.