Travel to the Canary Islands, where Britons can now go on holiday without going into quarantine on their return to the UK, has NOT been affected. The new order will remain in force until next May. Social gatherings and travel between autonomous communities will also be restricted.

The new national state of emergency or alarm was approved by the Cabinet this morning and the Prime Minister Pedro Sanchez is currently holding a press conference to explain all the details.

The curfew is being put in place to cut down on night-time socialising.

The decree will not see the closure of Spain’s borders, as was the case during the first wave of the pandemic. There are also exceptions on travel, with the Canary Islands – the Spanish region that currently has the best coronavirus data – exempted from the restrictions on travel between regions in a bid to aid the tourism sector. The curfew will also not apply.

Communities are also given the possibility to restrict entry and exit from their territory, except for justifiable reasons, a decision that remains in the hands of their presidents.

The Spanish government is also introducing four tiers of emergency depending on the region’s coronavirus figures.

Spain’s prime minister Pedro Sanchez said: “We are living in an extreme situation…it is the most serious in the last half century.”

Mr Sanchez needs parliamentary approval to extend his state of emegency for anything above 15 days.

They will now vote on his measures. 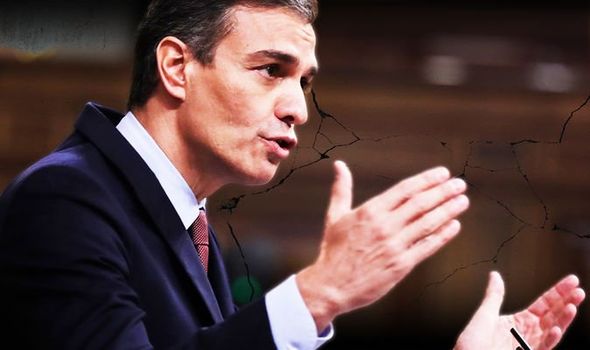 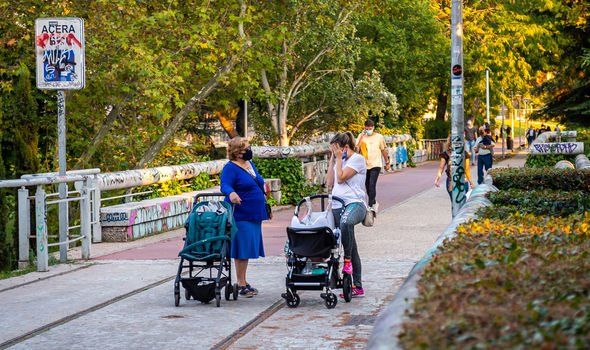 However, they already have the backing of a growing number of regions who have been calling on the government to implement the measure.

Spain imposed one of the toughest lockdowns early on in the pandemic and then relaxed curbs over the summer.

But like many other European countries it has seen a second wave hit in recent weeks, and now has one of the highest numbers of infections in Western Europe. Total cases rose to 1,046,132 on Friday, while the death toll is nearing 35,000.

The decree will serve as a legal framework to implement a new warning system of levels, similar to the ones already applied in countries such as Germany and France. 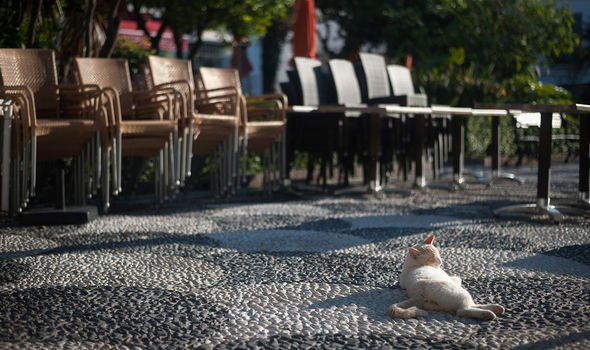 According to the level of risk, travelling between regions could be banned if a regions decides, except for justified reasons such as working. Movement could also be restricted within regions in localised lockdowns.

Most of the regions are already above the parameters to be considered at the highest level of risk.

At least 10 autonomous communities had requested the state of emergency, including the Baleaic government. It will last until May 9th but has to be technically renewed every 15 days.

“We must limit our mobility and reduce our social relations. We must show social discipline and return to being exemplary. Only united will we be able to defeat the virus,” the Prime Minister stressed during this afternoon’s press conference.

Mr Sanchez said all of Europe was taking measures to limit mobility and personal contacts.

He insisted the new regulations did not mean a general confinement “but we must stay at home as much as possible”, adding: “We know what to do: the less mobility the less chances the virus will have of infecting us.”

The various regions of Spain will be able to dictate their own mobility rules, including entry or exit to their territory, and they can also restrict the hours of commercial premises, especially those related to the hospitality industry, as well as in shopping centres, gyms, etc. The state of alarm establishes the restriction of social gatherings to six people, as long as they are not living together.

There will be exemptions from the curfew, such as the need to go to work, return home or care for the elderly. The autonmous communities will be able to modulate the hours from 22:00 to 00:00, at night; and between 5am and 7am in the morning.

“The pandemic is a matter of state. The state of alarm is an effective instrument. With the state of alarm we have rounded the curve in the first wave. We are once again using the instrument that has proven to be most effective,” he stressed. “It provides legal coverage for the temporary restriction of fundamental rights.”