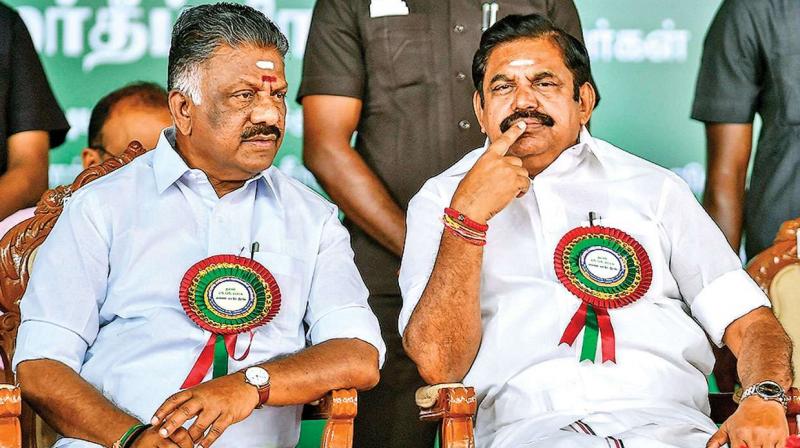 Chennai: The BJP and AIADMK have still not seen eye to eye on who would be the Chief Ministerial candidate of the alliance in the event of the two parties facing the Assembly elections in 2021 together, if one were to go by the contradictory statements made by two leaders on Wednesday.

Murugan was speaking to the media after inaugurating a central Chennai office of the BJP in Choolai when he said that the chief minister candidate for Tamil Nadu would be decided by his party’s high command in New Delhi.

This tug of war has been going on for quite some time even before the question of the Chief Ministerial candidate was raised within the AIADMK. But after Palaniswami was declared as AIADMK’s candidate after several rounds of discussions, the party has been firm on having its leader at the helm of the government if at all the mantle falls on the alliance.

The BJP, however, seems to be not very sure of letting the AIADMK lead the government in the event of the alliance romping home in the elections. In fact, during a visit to Chennai, its national general secretary C T Ravi expressed a desire to contest in all the 234 constituencies in the State, which in other words was that the BJP would like to go it alone without the AIADMK’s support.

Also the manner in Governor Banwarilal Purohit, who is primarily seen as a BJP man, is dragging his feet on giving his approval for the Bill providing for 7.5 per cent reservation to students from government schools in the admission for medical colleges in the State, clearly indicates that all is not well between the two parties.

The recent statement of Union Home Minister Amit Shah that the BJP was basically waiting for actor Rajinikant to start his party so that it could align with it for the elections and that it would look at the AIADMK only if the actor did not float his own outfit is another indicator that the alliance is not on firm ground anymore.

Besides, it is learnt that many leaders in the AIADMK consider the BJP as a bugbear that could be safely abandoned before the elections. Since many in the party believe that there is still a strong anti-BJP sentiment in the State and that it could only jeopardize their prospects in the elections if they were together, the popular view is to jettison the BJP.

Aggravating the anti-BJP feelings within the party is the BJP’s open support to Anna University Vice Chancellor M K Surappa, whom the AIADMK wants to be thrown out immediately. AIADMK is angry with Surappa for throwing cold water on its plan to gain popular support through the cancellation of arrears papers of university students.

Surappa ensured that the government plan was not implemented by invoking the AICTE to speak against the government move, besides not supporting the bifurcation of Anna University, the Bill on which is also pending approval at Raj Bhavan.

So, going by the various statements made by different leaders it looks as though the AIADMK was enduring the BJP as an ally out of political compulsions and that the BJP too was sticking to it only because it has not found an alternative partner.