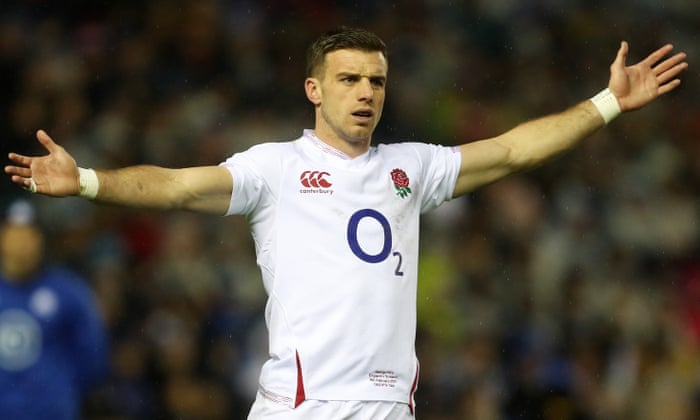 As the Rugby Football Union works out the financial cost of having to cancel Sunday’s match against the Barbarians because a number of the invitation club’s players burst their Covid bubble, Eddie Jones will be concerned that a lack of match practice will cost England the Six Nations title when they face Italy in Rome next Saturday.

The RFU rearranged the match against the Barbarians, which was originally scheduled to be played in May, to give England, who have not played for more than seven months, a warm-up for Italy, who played Ireland in Dublin on Saturday. The team will be underdone in Rome and Jones’s preparations are further disrupted by the unavailability until Sunday of players from Exeter and Wasps because they were involved in the Premiership final at Twickenham.

England will be expected to defeat Italy, who have lost 26 consecutive games in the tournament, no matter how inadequate their preparation. In their five championship matches in Rome in the 2010s, they led three times at half-time but only once comfortably, 24-6 in 2014.

They are in a three-way tussle for the title with Ireland and France, who meet in Paris after the game in Rome. After picking up a bonus-point win at home to Italy, Ireland know another one against Les Bleus would guarantee the title, but it is more likely they will fall short of the four tries needed and claim only four points.

That would leave them level on points with England if they defeat Italy and score four tries or more, meaning it would come down to points difference. This is where the lack of match practice may come to be a factor, especially given the way England have run away with the match in Rome in the second half on each of their last three visits. England will kick of with a points difference +15, 23 behind Ireland after they beat Italy 50-17.

There is a parallel with 2001, when the Six Nations was unable to be completed in March because an outbreak of foot-and-mouth in Britain. It meant Ireland’s fixtures against Wales, Scotland and England were postponed until the following autumn.

England provided the final opposition in Dublin. Ireland had played Scotland the previous week and Wales a month before and in a match that was never going to decide the title with England enjoying an overwhelmingly superior points difference, the visitors were, for the third year running, seeking the grand slam. They again came up short with a number of players blaming a lack of preparation time for the number of unforced errors they made.

Jones will have to make at least three changes from the side that defeated Wales in their last match before lockdown: Manu Tuilagi and Courtney Lawes are injured while George Kruis has left Saracens for Japan.

In addition, Elliot Daly and George Ford would not have played against the Barbarians because of injury and the cancellation game means Owen Farrell will have gone almost two months without a match, the England captain having been sent off against Wasps on 5 September, leading to a five-match ban.

Ford and Farrell are the two fly-halves in the squad, although he said last week that he had been impressed with Exeter’s Joe Simmonds, whose faultless goal-kicking was the difference between victory and defeat for the Chiefs in last Saturday’s European Champions Cup final against Racing 92.

Jones has talked about how England had to adapt to the loss of Tuilagi, a player he described as “the focal point of our attack”. He was expected to give Worcester’s Ollie Lawrence, a player as physical as the Sale centre, a run against the Barbarians, but he may decide that Rome will be about familiarity as he targets a third Six Nations title in five years.