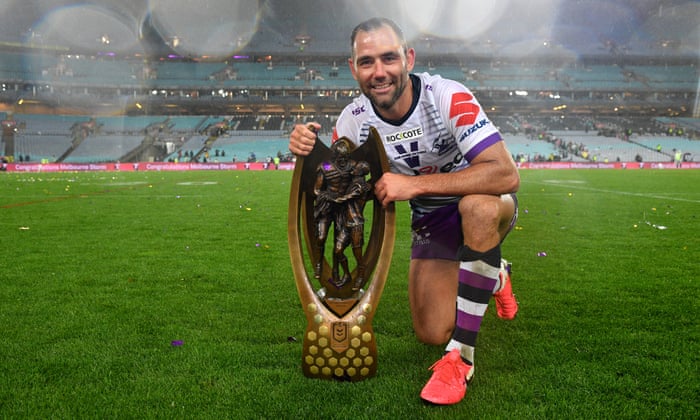 When, among the hugs and confetti at ANZ Stadium, Cameron Smith was asked if the grand final victory was his final game, the Melbourne Storm great stuck to his own script and said nothing. It is easier getting something out of Trappist monks than an answer on his future.

If the champion rake does decide to hang up the boots though, he will leave on the highest of notes, after a fitting farewell for the most accomplished player the game has known. A fifth grand final win in what has been a wretched year and an extraordinarily trying season for the Storm would be a send off for the ages and an apt final scene for a player who is the defining player of his generation.

Fairytale finales in rugby league are rare but if this is it for Smith, it will sit with the likes of Mal Meninga, Royce Simmons, Steve Menzies, Norm Provan, Mick Cronin and Ray Price – all legends of the game sent out with a grand final victory.

Sunday was Smith’s eighth grand final appearance. He would not admit as much, refusing to compare titles, but it was clear when he talked about the sacrifices that were made by the club and families to keep the competition going that this premiership win was special. Maybe the most special of all.

The New Zealand Warriors have been lauded for their remarkable sacrifice in relocating to Australia this year but it should never be forgotten that the Storm won a premiership living away from home and, for many, families, for five months. Melbourne were forced by Victoria’s Covid transmissions to relocate to the Sunshine Coast. Winning a premiership in such circumstances will be etched into rugby league lore.

The 2012 premiership, two seasons removed from the brutal salary cap scandal, clearly holds a special place among the many wins the Storm have had for coach Craig Bellamy. Similarly, it is likely this win will be just a little more special for Smith, a family man who acutely understood the trials and tribulations he and his teammates were forced to endure this season. 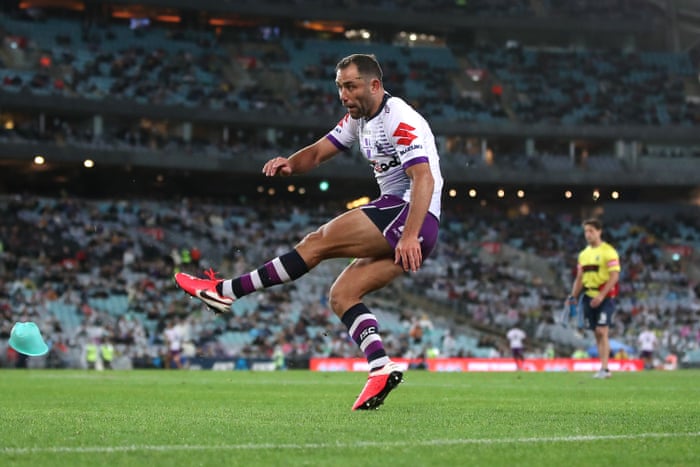 Smith will also take plenty of pride in the team he has led to this premiership. Smith has and will forever be linked with Billy Slater and Cooper Cronk. Every other title was won with that remarkable trio. Smith managed to get one without them, further cementing his greatness. We have a tendency to think of the Smith/Bellamy era as a singular generation but this iteration of the Storm is very much the shining start to a bright new future, not the last stand of a team of accomplished warriors.

Aside from Smith, Jesse Bromwich is the only player remaining from the 2012 winning team. Only eight players were part of both the 2017 and 2020 title-winning teams. Smith has just added to an already incomparable legacy by ushering a new generation to a premiership. The baton has been handed to Cameron Munster, Clive Churchill medal winner Ryan Papenhuyzen, Jahrome Hughes and Brandon Smith.

Smith, at his very essence, is a team man. He is not about the show and cares little for the glitz. He views himself as a man who always put the team first. He was renowned for his excellence on the field. He also set the standards for professionalism and preparation off it. The rising tide lifts all boats and playing with Cameron Smith lifts all players.

It is his ability to optimise the talent of those around him that has been central to this Storm premiership. Craig Bellamy freely admitted that this was not the most talented Melbourne team. It is the least experienced to reach a grand final, yet the talent emerged and was effective because Smith showed the way for what was needed to win.

Whether Smith is playing or not, his shadow will loom large over the Storm for many years to come.

And the question of whether he will or will not remains unanswered many months after it was believed he would deliver a verdict on his future. The season is over and the world remains none the wiser. Smith certainly conceded nothing and even spoke about what needed to be done in 2021, so retirement is not necessarily imminent.

It would be a perfect finish though for the player who has enjoyed a near-perfect career. Smith probably lacks the sentimentality to care but for the romantics, there would be no more beautiful note to say goodbye on than this 2020 premiership win.

Manchester United come from behind to beat West Ham