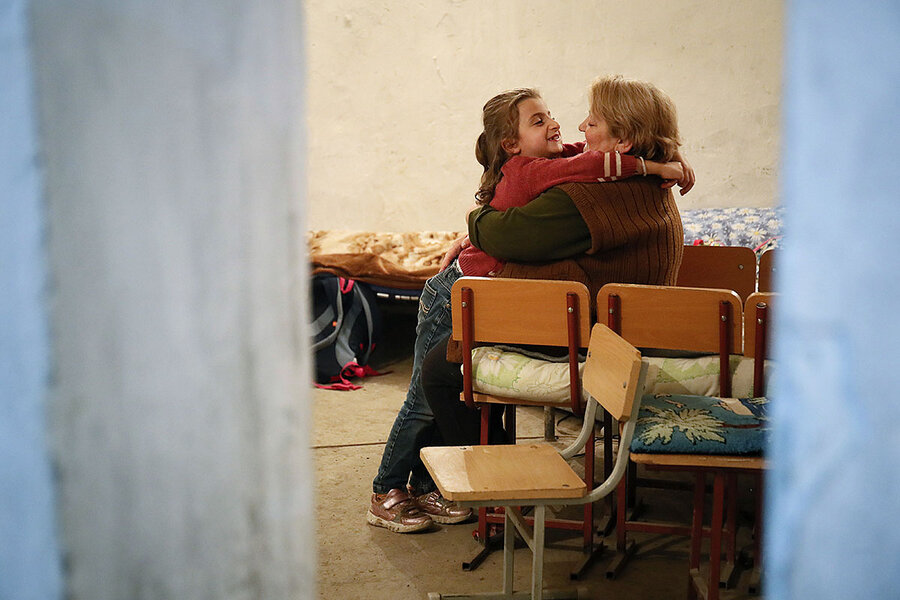 Armenians huddle in a basement as Azerbaijani rockets rain down upon the city of Stepanakert. Armenian forces strike back and refugees flee as fighting envelops the region. Cease-fires collapse almost before they’ve begun. A war fueled by the contest for influence between Turkey and Russia in the oil-rich Caucasus threatens to spill across boundaries.

Those are the sort of headlines emerging today from Nagorno-Karabakh, a disputed region over which Armenia and Azerbaijan have gone to war. But in fact they are eerily similar to the reports I filed from there to The Christian Science Monitor nearly 30 years ago.

Watching current events in the Caucasus, I am struck by a sense of déjà vu. A war that I covered quite closely for several years has picked up from where I left it, almost without a change. The two sides, and the international community, failed to resolve the conflict and a new generation is paying the price.

When I arrived in Moscow in 1990, my attention, and that of the world, was focused on the fate of Mikhail Gorbachev’s reformist effort to save the Soviet Union’s 70-year experiment with communism. But very soon I realized that another massive structure was also facing an existential challenge – the sprawling Russian Empire, which the Bolsheviks had re-created as the Union of Soviet Socialist Republics.

I traveled to all but one of those republics, stretching from the Muslim lands of Central Asia to the trio of European nations in the Baltics. Everywhere I found the same thing: Mr. Gorbachev’s policy of glasnost, or openness, had unleashed long-suppressed movements of national identity and independence.

The first such outbreak came in Armenia with the formation in 1988 of the Karabakh Committee. A mass movement sought redress for a long-held, and passionately felt, grievance over Josef Stalin’s incorporation of Armenian-populated Nagorno-Karabakh into the territory of the Soviet republic of Azerbaijan.

Behind the Karabakh movement lay the deep historical conflict between Armenians, in one of the oldest Christian nations in the world, and Turks, the ethnic brethren of the Azeris. The Turkish Ottoman Empire had conquered much of the territory of Armenia and in 1915 carried out a brutal genocide of the Armenian population within its borders. The Russians acted as protectors of what remained of Armenia, within their empire.

When trouble began brewing in the early 1990s the Azeris enjoyed the backing of Turkey, which was boiling with nationalist fervor for a new pan-Turkic sphere that would unite the Turkish peoples of the former Soviet Union extending into Central Asia. The Russians were eager to defend their traditional power in the region but unable to exert much authority amidst post-Soviet turbulence.

On my first visit to Karabakh in March 1992, the local Armenians were fighting a desperate war for survival, with the backing of the newly independent Armenian republic. Only a slender air bridge connected them, and the regional capital, Stepanakert, was without electricity and short of food and medicine. I took refuge in the basement of a sturdy stone building as rockets rained down, fired from Soviet launchers in the heights above.

Armenia proper, meanwhile, was completely isolated, its supply routes through neighboring Turkey, Azerbaijan, and Georgia cut off. During a cruel winter, the capital of Yerevan had, I wrote, “regressed to a village. Under daily snowfall, the city’s 2 million people huddle in icy apartments without heat or running water. Electricity runs two hours a day, if at all. Industry has ground to a halt. Two-thirds of the work force, by one estimate, is unemployed.”

Determined Armenian fighters, backed by funding and volunteers from the large Armenian diaspora, eventually turned the tide. By 1993 they had connected Nagorno-Karabakh to the Armenian republic through a narrow corridor, and taken control of almost all the enclave.

In the fall of 1993, the Azeris launched a counterattack, using thousands of Afghan Islamist fighters recruited to try to reverse their fortunes. (I was the first Western reporter to find hard evidence, in captured documents, of their presence.) Then the Armenians invaded Azerbaijan, seizing a strategic swath of territory that gave them a buffer.

The conflict forced hundreds of thousands of people from their homes in bouts of ethnic cleansing on both sides. I visited the captured Azeri city of Agdam in December 1993 and wrote:

“Ripe apples and persimmons hang heavily from the branches of trees in the garden of No. 18 Hycjev Street. But only the sparrows and crows are here to enjoy the harvest.

The residents of this merchant’s home, like all the others in this once-wealthy center of Azerbaijan’s grape-growing region, fled last July in front of an Armenian attack. In the aftermath, their houses were looted and burned; the window glass melted, and the tin roofs collapsed from the heat of the blaze.”

Eventually the outside world woke up to the conflict. Mediators from Russia, France and the U.S. secured a cease-fire, but they could not push the warring parties into a diplomatic settlement. Little has moved in the quarter century since.

Now Azerbaijan appears intent on recapturing land that Armenia took during the war but has not settled, hoping to use it as a chip to trade for recognition of Nagorno-Karabakh’s right to self-determination.

The current fighting, which began late in September, is by far the worst since the war I witnessed in the early 1990s. The Azeris have used their oil wealth to purchase weapons, including modern drones and rockets, from Russia, Turkey, and Israel, and they are using them to good effect. As was the case 30 years ago, civilians on both sides are the primary victims of this war; casualties are in the hundreds and rising fast.

Turkey, under the leadership of Recep Tayyip Erdoğan, has stepped in boldly, training Azeri troops, sending advisors, and – in a striking echo of the past – dispatching thousands of Islamist fighters from Syria. With the Trump administration largely out of action, only Russia is really able to counter the Turks and while the Russians have brokered shaky cease-fires, they are cautiously trying to play both sides in the conflict.

When the Soviet Union collapsed, many observers remarked on the peaceful nature of its dissolution. What they ignored were the small wars that flared in the ruins of empire, from Chechnya to Crimea. The conflict in Nagorno-Karabakh is one of those wars; sadly for me, it was never resolved. Now the region and its people are feeling the sting in the long tail of that failure.

Daniel Sneider is a lecturer in international policy and East Asian studies at Stanford University. A selection of his dispatches from Nagorno-Karabakh can be found through the following links: