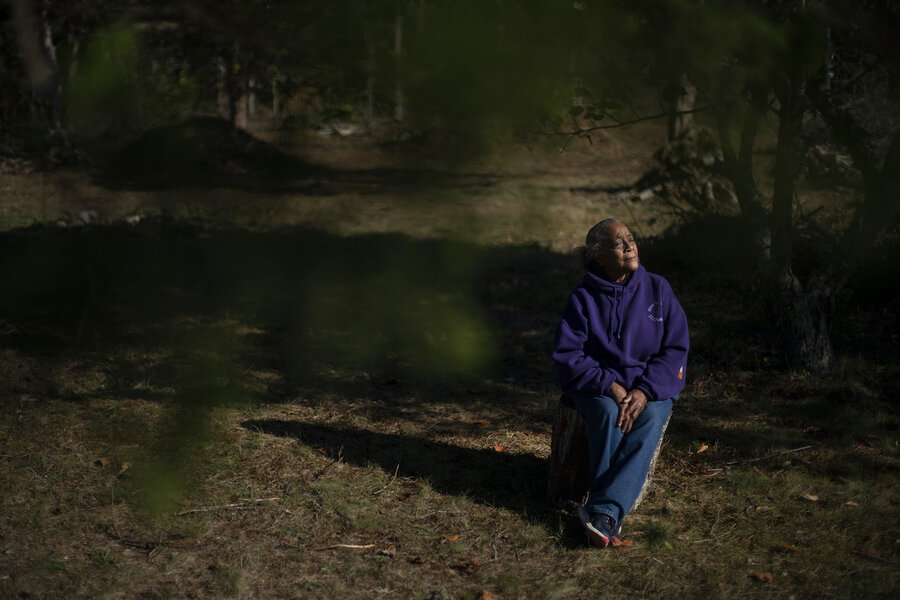 Four centuries after white Europeans stepped off the Mayflower and onto America’s shores, some descendants of the colonists are wrestling with the complicated legacy of their ancestors amid a global racial reckoning.

There is immense pride among those who can trace their families back to the passengers who boarded the ship in Plymouth, England, in 1620 to flee religious persecution and realize a better life. Yet for some, the devastating impact that the Pilgrims’ landing in New England had on Native Americans weighs heavily in this moment of unrest over systemic racism.

In interviews with The Associated Press, Americans and Britons who can trace their ancestry either to the Pilgrims or the indigenous people who helped them survive talked openly about the need in 2020 to fairly tell the history.

“Considering my ancestors helped incite the racial hierarchies that caused the need for these movements now, I do feel ashamed that that had to be part of history,” said Olivia Musoke, whose ancestors on her mother’s side arrived in America on the Mayflower.

Ms. Musoke, whose father is Black, said the pride she feels in coming from people who helped settle this country “gets diminished by the role they played in kind of manipulating and terrorizing people of color, which trickled down to the structures we have today.”

For some, it’s a difficult issue to reconcile.

“The pilgrims came out of religious persecution in England. And I’m very proud of the fact that they set off to create their own independent culture,” said Seth Howland Handy, another descendant of a Mayflower passenger. “But they came to a place where there was existing culture. And, you know, the history is not friendly and that is troublesome.”

Mr. Handy said it’s more important now than ever now to “recognize everyone’s role in our history and the great diversity of this country.” The United States was embroiled in civil unrest this summer, with protesters demanding justice for George Floyd and other Black Americans killed or injured by police.

“To have this tie to our early history is really, I won’t say it’s a privilege, an honor. But it’s just something to be proud of because so many of them worked so hard, for so many years to help establish this country. And it’s just very important to me,” said Ms. Mucciacco, of Dedham, Massachusetts.

The soul-searching extends across the Atlantic to England, where Mayflower descendants say they, too, are trying to reconcile pride and prejudice.

Vicky Cosstick, a Briton whose ancestors John Alden and Priscilla Mullins were passengers, said she’s troubled by the suffering the indigenous people endured – but she doesn’t feel guilt.

“I’m of course horrified and appalled to know what happened as a result of British colonialism in America and what happened to their Native American tribes and the Wampanoags,” Ms. Cosstick said.

“It’s not as if they went to America in order to steal land from an indigenous population,” she said. “Much of it was clearly wrong, but there are many stories that need to be told. And I think the anniversary gives a chance for all of those stories to be told.”

As the racial reckoning has brought new scrutiny to how African American history is taught in American schools, Native Americans have long pushed for the unvarnished stories of their ancestors to be heard.

When the Pilgrims arrived at what we now know as Plymouth, Massachusetts, the Wampanoag tribe helped the exhausted settlers survive their first winter. But Native Americans also endured racism, oppression, and new diseases brought by the European settlers.

“We were exposed to disease. We were exposed to slavery. I mean, what happened here was people who came not just for religion – that might have been their purpose of leaving their homeland – but they came here and wanted to wipe out the existence of a whole culture,” said Hazel Currence, of the Herring Pond Wampanoag Tribe of Cape Cod.

Organizers of the events planned for this year to commemorate the 400th anniversary of the Mayflower’s arrival pledged to amplify the voices of the Wampanoag, which have been marginalized in past years. Fifty years ago, state officials disinvited a leader of the Wampanoag Nation to the commemoration after learning his speech would bemoan the tribe’s suffering.

This year, many anniversary events were canceled or postponed  because of the coronavirus pandemic.

“We should have never been treated the way that we were, our ancestors,” Ms. Currence said. “I think that if they were here now, if they were looking down on us, I think they’d be very proud at the movement that’s going forward now.”

Even though the virus has put a damper on the commemoration, some members of the Wampanoag tribe say they’re hopeful that the attention on the problem of systemic racism this year will help their voices and stories be heard in a way they haven’t been before.

“It’s opening up everyone else’s eyes to how unbalanced the world is and unequal,” said Troy Currence, Hazel Currence’s son and a medicine man from the Herring Pond Wampanoag Tribe.

“The world is spinning out of control. So I think more people are going to be aware and more sensitive and open to receiving a message like that,” he said.