Zhao Lijian, China’s foreign ministry spokesperson, announced US companies involved in Washington’s weapons deals with Taiwan will be hit with sanctions. The spokesman did not confirm what form the new measures will take, but claims China is defending its national interests. It follows Taiwan urging Beijing to cease military drills simulating an invasion of the country, after fly-overs and live fire exercises have been reported.

Mr Zhao said the sanctions will apply to US companies manufacturing weapons involved in the arms deal with Taiwan, such as Lockheed Martin, Boeing Defence, and Raytheon.

He added the measures were to “safeguard our national interests” and regarded the sanctions as “necessary measures” against companies “who behaved badly in the process of the arms sales”.

Mr Zhao then said: “We will continue to take necessary measures to safeguard national sovereignty and security interests.”

He also said ahead of announcing the measure that the US sales would “seriously interfere with China’s internal affairs, seriously damage China’s sovereignty and security interests, send a seriously wrong signal to Taiwan independence forces, and severely damage China-US relations and peace and stability in the Taiwan Strait”. 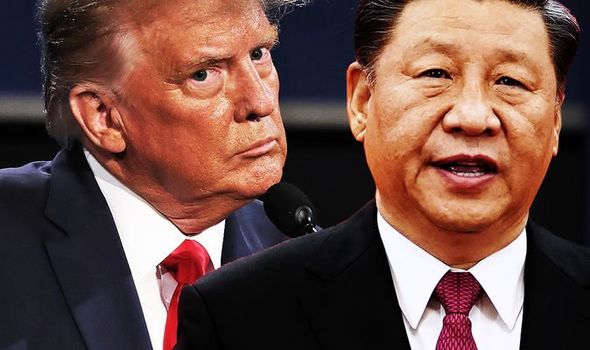 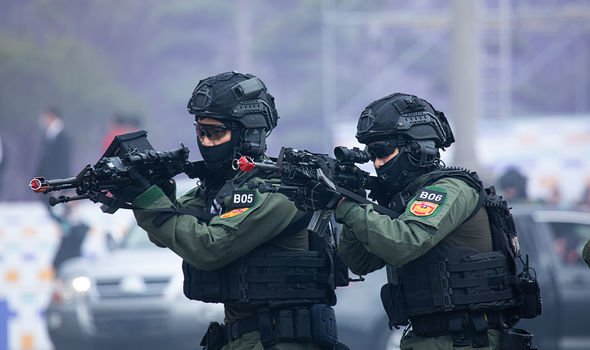 It followed the US approving the sale of three weapons systems to Taiwan, for a total value of $1.8 billion.

Taiwan Defence Minister Yen De-fa thanked the US for the new weapons and said it will help them deal with the “enemy threat and new situation”.

But he stressed Taiwan is not looking for war with China, and added: “We will not engage in an arms race with the Chinese Communists.

“We will put forward requirements and build fully in accordance with the strategic concept of heavy deterrence, defending our position and defensive needs.” 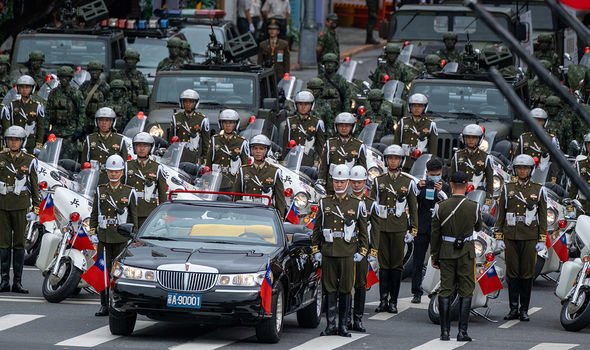 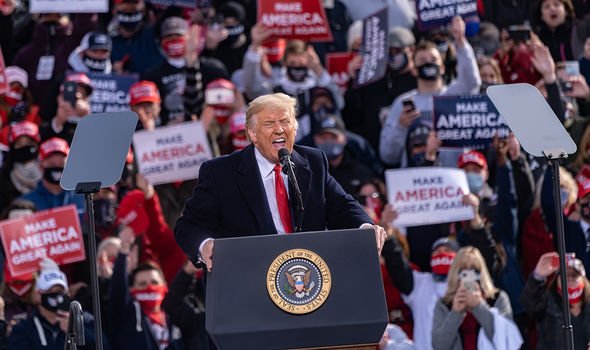 Beijing regards Taiwan as rightfully part of China, and is prepared to take over the island by force if necessary.

China has also previously levelled sanctions at the US over its involvement in Taiwan, with President Donald Trump ramping up support for the country with deals and state visits.

Last week, Mr Trump spoke with Taiwanese president Tsai Ing-wen over the phone, in a major break of protocol for the island nation.

Two weeks ago, Hsiao Bi-khim, representative of the Taipei Economic and Cultural Representative Office in Washington, called for “some degree of clarity” in American relations with Taiwan.

On October 11, China staged a chilling invasion exercise to simulate an invasion of Taiwan.

Their report added: “The exercise, with the effective integration of multiple new combat forces, increased the actual combat capability of the troops in joint landing and three-dimensional assault.”

Taiwan has also spent $1.3 billion this year by scrambling its fighter jets to challenge Chinese planes overhead, according to government reports.

Ms Tsai called for a peaceful resolution to the territory dispute during National Day celebrations on October 13.

She said: “As long as the Beijing authorities are willing to resolve antagonisms and improve cross-strait relations, while parity and dignity are maintained, we are willing to work together to facilitate meaningful dialogue.”

But Zhu Fenglian, spokesperson at the Taiwan Affairs Office in Beijing, rubbished peaceful talks and said: “Taiwan independence is a dead end, while confrontation will lead to nowhere.”

Singapore to accept Covid-19 digital travel pass from next month