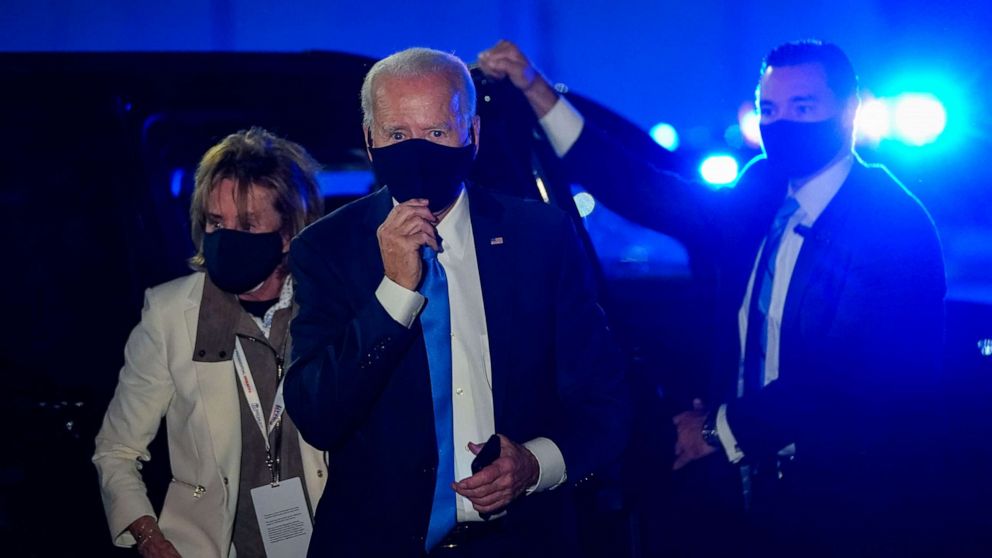 He’s trailing in the polls, running low on cash and watching campaign aides scramble to avoid blame for impending defeat.

For all that, President Donald Trump still might have the campaign where he wants it. If that’s the case, he still needs his opponent to be someone and something that he isn’t quite — or hasn’t yet been, in the minds of voters who still mostly like him.

The second and final debate was a study in contrasts from the first.

One thing that didn’t change, though, was Trump’s attempts to make former Vice President Joe Biden out as a corrupt and incompetent extremist. The plays that worked against Hillary Clinton, and may have worked against Bernie Sanders, have shown few signs of effectiveness against Biden.

Biden sought to bring the conversation back to bigger issues and called Trump “confused”: “He thinks he’s running against somebody else.”

The former vice president gave Trump some of what he wanted late in the debate, when he said he would “transition from the oil industry.”

It’s an easy and obvious line of attack for Republicans who want and need to frame Biden as a puppet of the far left. But redefining Biden will remain difficult — even if the president found a way to stay on message from here.

In a pre-COVID world, this is what the president’s team had hoped to run on: “I’d have a transition from the oil industry, yes,” Biden said in the final moments of the debate.

The president’s eye almost glimmered. “There’s a big statement,” he said and it was easy to imagine his campaign starting to cut an ad with Biden’s line.

Climate change continues to be one issue where Biden is more willing to embrace his left flank and run toward his base. During the debate over health care he reminded the president and viewers that he beat those Democratic candidates who were pushing a large-scale government-run overhaul of the insurance industry during the primary. But there are limits to what Biden is pitching when it comes to energy reform. He repeatedly said he was not interested in banning fracking and after the debate walked back some of his lines on transition away from fossil fuels.

Trump might be right that Biden’s words on energy and oil could frighten voters already jittery on the economy, but if the president is really worried about holding Oklahoma or Texas at this stage than his nerves themselves are telling.

The TIP with Molly Nagle

With just 11 days left, Biden and a host of high-powered surrogates will fan out into key battleground states this weekend, shedding light on the campaign’s focus in the final stretch. Biden and his wife will spend Saturday in Pennsylvania with stops in Bucks County, an area Hillary Clinton narrowly won in 2016, and Luzerne County, which Trump turned red. The trip follows former President Barack Obama’s return to the trail in Philadelphia Wednesday — perhaps a signal of how important and competitive Biden feels the Rust Belt state is to his campaign.

On Saturday, Biden will share the trail with Obama — traveling to Florida to make his pitch — and then with his running mate, Sen. Kamala Harris in Ohio, after her trip to Georgia on Friday. The choice of states signals a cautious optimism about the campaign’s ability to not only win back key Rust Belt states that cost Democrats the election in 2016, but expand Biden’s electoral map.

“We’re going to see a robust focus on, of course, the trifecta states, but you — you will see focus on Iowa and Arizona and North Carolina because you have to have a backup plan. We’re not going to throw Florida away, which we’re winning,” campaign co-chair Rep. Cedric Richmond, D-La., said in an interview Thursday.

One state Biden has yet to visit in the general election is Texas, which the campaign identified as a place they could expand their map and recent polling shows a tight race.

“We don’t want to concede Texas, it’s just a very expensive place to compete, but we feel good about where we are,” Richmond said ahead of the debate. “I still feel good about Texas.”

The turbulent ride of post-church America