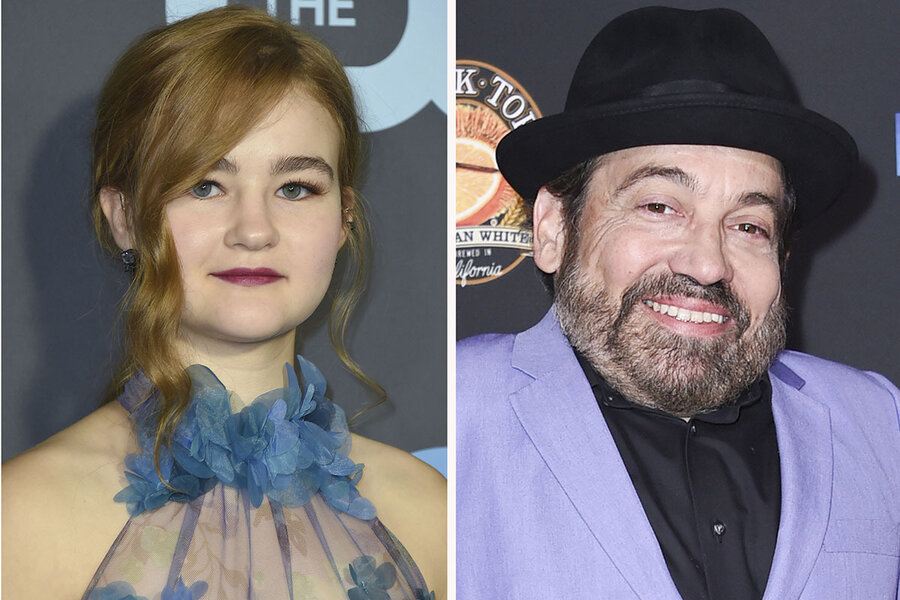 But only two of those actors actually had a disability – Marlee Matlin in “Children of a Lesser God” and Harold Russell in “The Best Years of Our Lives.”

That’s just one of the things that needs to change, according to a group of entertainment industry professionals with disabilities including actors Danny Woodburn, “A Quiet Place’s” Millicent Simmonds, and “Peanut Butter Falcon’s” Zack Gottsagen. They and other creatives with disabilities, from directors to VFX artists, spoke about the state of representation in front of and behind the camera in series of virtual panels organized by the Academy of Motion Picture Arts and Sciences that debuted Monday night. The panels, funded in part by a grant from the Ruderman Family Foundation, coincides with the 30th anniversary year of the Americans with Disabilities Act.

“It would be really helpful to have a disabled [Disney] princess,” said actor and comedian Maysoon Zayid, who has cerebral palsy.

Ms. Zayid noted that people with visible and invisible disabilities make up about 20% of the American population but a miniscule number of characters on television and in film.

“The message being sent out to disabled kids is you do not belong in this world,” Ms. Zayid said. “People with disabilities face enormous amounts of bullying, violence, and discrimination. Positive images of disability can stop that.”

Part of that is casting actors with disabilities to play characters with disabilities. Ms. Simmonds, who is deaf, said she’s had to go up against non-disabled actors for disabled roles. She recalled that her “A Quiet Place” director John Krasinski had to fight to cast a deaf actor and that producers wanted someone who was hearing.

“Deaf roles should be played by deaf actors,” she said through an interpreter.

At times she’s even taken it a step forward to advocate for herself.

“I’m not above calling directors or producers and suggesting that they have a deaf actress for a particular role,” she said.

But another part of the equation is giving actors rich and nuanced storylines that go beyond the three they usually get: “‘You can’t love me because I’m disabled,’ ‘heal me,’ or ‘kill me,’” said Ms. Zayid.

Mr. Woodburn, who has dwarfism, remembers watching actors like Michael Dunn when he was young and seeing only stereotypes and tropes like the “sad little man” or the “devious little man”, and storylines that were the same.

There is also the issue of working and how productions can be more accommodating to people with disabilities both on screen and behind the scenes. Many noted that they don’t want to ask for special accommodations.

Ms. Zayid remembered being unable to get into her trailer on the set of “You Don’t Mess with the Zohan” and basically had to ask a production assistant to help hoist her up.

“Adam Sandler saw and said, ‘What is happening? Make her trailer accessible!’” I said I didn’t want to be high maintenance,” she said.

“He said ‘look around, we’re in Hollywood.’”

Jim LeBrecht, who directed the Netflix documentary “Crip Camp,” said it could help if the industry re-thought its own barriers to entry, like starting as a production assistant who has to carry 14 cups of coffee and work 20 hour days to get a foot in the door.

“Instead of asking what you won’t be able to do, ask is there anything I can do to help you do the best work you can,” Mr. LeBrecht said. “None of us got to your door by being oversensitive and mad at everybody … we are comfortable with our disability.”

VFX supervisor Kaitlyn Yang said that people with disabilities can be particularly effective in post-production roles. She’s also found a silver lining in the video conferencing realities of COVID-era filmmaking: She doesn’t have to wonder now if she should address her wheelchair.

“Video conferencing is taking away the uncomfortableness that people might have if I were to take a meeting and roll into the conference room,” Ms. Yang said. “It puts us on an equal playing field.”

Talent manager Eryn Brown hopes that disability representation reach the same level of discussion as LGBTQ and racial and ethnic diversity. She said the ingrained stigma around it has even made her reticent to discuss it with her clients.

“A raised awareness in this moment of cultural reckoning is imperative,” Ms. Brown said. “Anyone at any moment can become disabled so it’s in everyone’s best interests in the world to be accommodating.”

The film academy, which puts on the Oscars, has been working to increase diversity in its own ranks and in the industry and recently set inclusion standards for best picture nominees.

“As the Academy continues to examine longstanding issues of representation within the film industry, it’s imperative we bring conversations about disabilities to the forefront,” said Christine Simmons, who heads the Academy’s office of representation, inclusion, and equity.