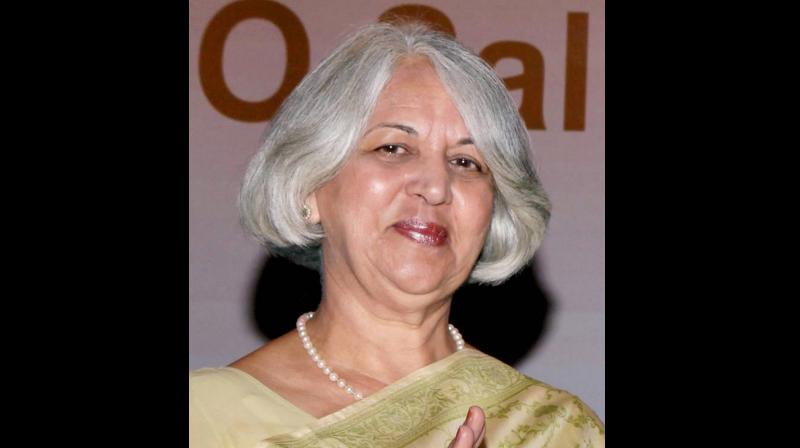 Last month, she had stepped down as chairman of the Indian Council for Research on International Economic Relations (ICRIER) due to her declining health.

"The ICRIER family is profoundly saddened at the passing away of Chairperson Emeritus Dr. Isher Judge Ahluwalia this morning," the think tank said.

ICRIER director and chief executive Rajat Kathuria said, "I can say without an iota of doubt that ICRIER was in her DNA."

Ahluwalia was married to former deputy chairperson of the Planning Commission Montek Singh Ahluwalia and is survived by her husband and two sons.

She completed her PhD from Massachusetts Institute of Technology (MIT), an MA from Delhi School of Economics, and a BA (Eco Hons) from Presidency College, Kolkata. Her research was focused on urban development, macro-economic reforms, industrial development, and social sector development issues in India.

"Isher Ahluwalia who just passed away was one of India's distinguished economists, an MIT PhD, and author of an influential book 'Industrial Growth in India'. She built up ICRIER, a fine economic think tank. She had her own distinctive identity apart from being Montek's wife," former Union minister Jairam Ramesh tweeted.

Biocon chairperson and managing director Kiran Mazumdar-Shaw tweeted, "Isher Ahluwalia, my dear dear friend and a brilliant remarkable intellectual economist, passed away after a brave battle with cancer. My deepest condolences to Montek Singh Ahluwalia n his sons Pavan & Aman n the family. She will be hugely missed RIP."

"Deeply grieved by the passing of a dear friend of many years, the brilliant #IsherAhluwalia after a brave battle with cancer. Isher, I shall miss your presence so much. Your life story is an inspiration to all women who dare to dream of a better world. RIP, dear friend. @ICRIER," Nirupama Menon Rao, India's former foreign secretary tweeted.

Her Breaking Through was completed during the time she was suffering from a serious illness.