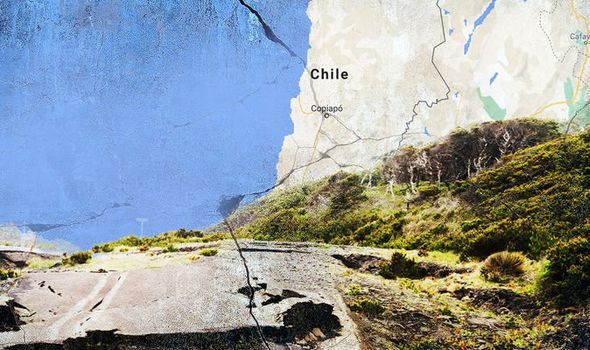 The South American country shook as the quake struck 40 miles north of the city of La Serena.

Researchers from the United States Geological Survey (USGS) said the epicentre was recorded at a depth of 27 miles.

There have been no reports of any injuries or damage to property as yet.

Witnesses told how they were woken by the tremors and reported buildings swaying and some people are understood to have move outside as a precaution.

Officials have not issued tsunami warnings for the region. 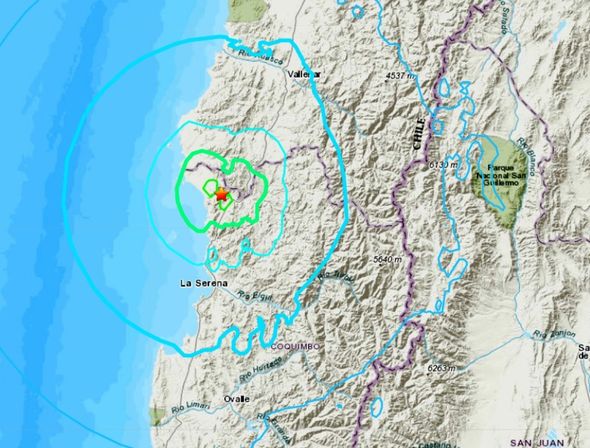 La Serena is the capital of Chile’s northern Coquimbo region and has a population of around 200,000.

The city is around 300 miles north of Chilean capital Santiago.

The coast of Chile lies on the notorious Pacific Ring of Fire  – a vast area known for its powerful earthquakes and volcanoes.

Experts said 75 percent of Earth’s active volcanoes — more than 450 — are located along the Ring of Fire and 90 percent of earthquakes occur along its path.

The abundance of volcanoes and earthquakes along the Ring of Fire is caused by the amount of movement of tectonic plates in the area.