Eggs are one of the main components of the diet of the people since ancient times. Nutritious and healthy, they can compete with the meat for essential amino acids. People ate eggs even when were not actually people, but represented an intermediate form like a Neanderthal or Australopithecus. But even when people could not make fire, he loved to eat eggs. Over time, the kitchen is more complicated, but the eggs have not gone away. Today eggs are the national pride of many countries.

We have collected the best dishes that are cooked in different countries of the world and which can be attributed to the category “eggs” from Israeli shakshuka to Norwegian omelette. 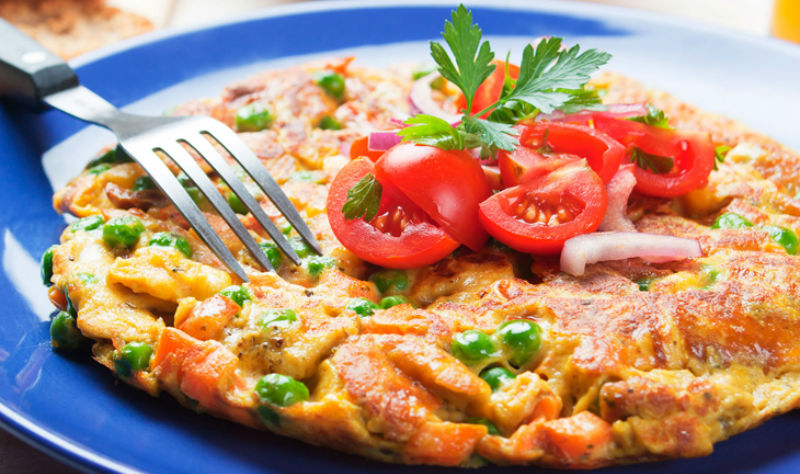 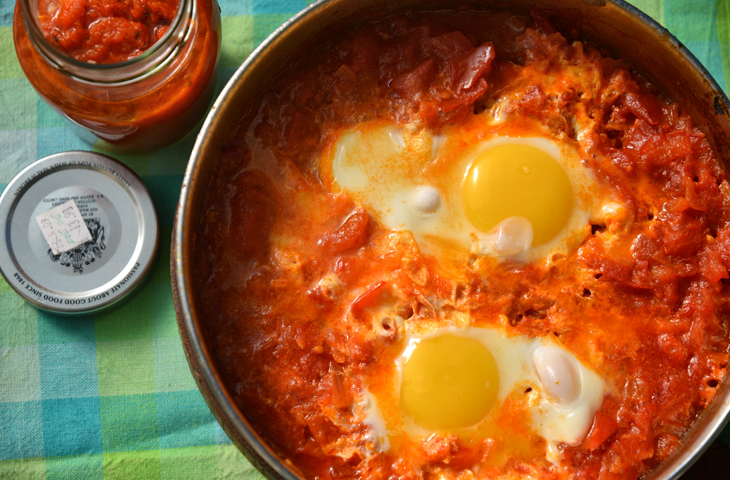 Shakshuka is a dish of eggs fried in a sauce of tomatoes, hot peppers, onion and seasonings. Shakshouka is more than scrambled eggs with tomatoes, is a whole layer of Israeli cuisine, which has many variations. Despite the fact that it appeared in North Africa, this recognition shakshouka won on Jewish land. There she eat for Breakfast, lunch, but in any case not for dinner. It is a tradition, but outside of Israel no one will deny there is shakshuka. Recipes shakshuka there are many, but the principle remains — eggs fried in a special sauce of tomatoes and peppers. 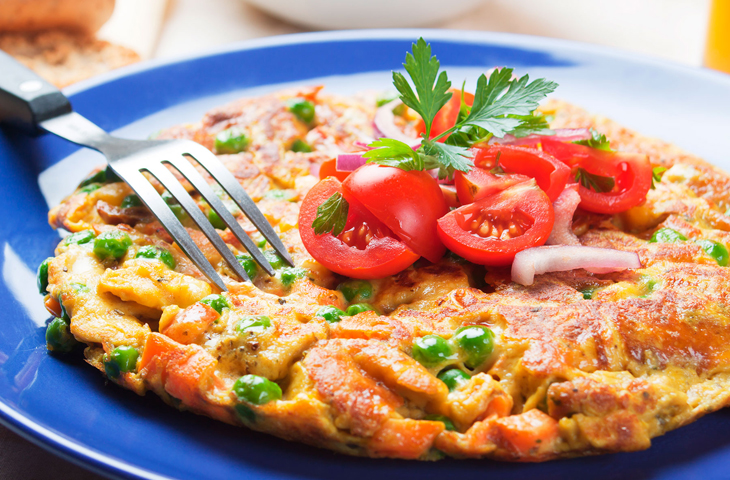 Frittata is an Italian omelet that is cooked with fillings of cheese, vegetables, sausage or meat. Usually a Frittata roasted on the stove, then cook until ready in the oven. Neapolitan often cook a Frittata with pasta. A traditional peasant Frittata contains leeks and Parmesan cheese. In a Frittata are added to products containing a large amount of liquid. For example, if you want to add the tomatoes, first cut, remove seeds and liquid, then let soak in a dry place 15-30 minutes and only then use for cooking. Today, the Italian Frittata is cooked in a frying pan with two handles, specially designed for this dish.

Cooked Frittata on a low heat. Beaten eggs are poured on the bottom of the greased pan, then put the filling. When the bottom layer of the Frittata begins to be baked, the pan can be covered with a lid and bring the Frittata until cooked on low heat or you can put the pan in the oven. 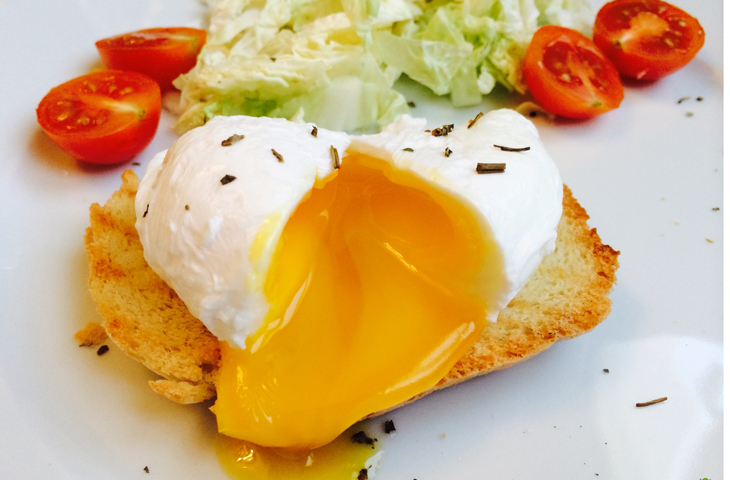 Poached eggs — a traditional French dish of beaten eggs cooked the way poached in hot water without the shell. With this method of cooking is soft, creamy yolk, enveloped in petals of protein. Most importantly — the eggs should be fresh and the water should not boil.

Poached eggs are the basis for the preparation of various dishes such as eggs Benedict. In different places, there is also a private prefix like “Creole poached eggs”. Some cooks add eggs poached in a soup or broth. Served poached eggs on crispy toast, with grilled tomatoes or sausage, topped with grated cheese. 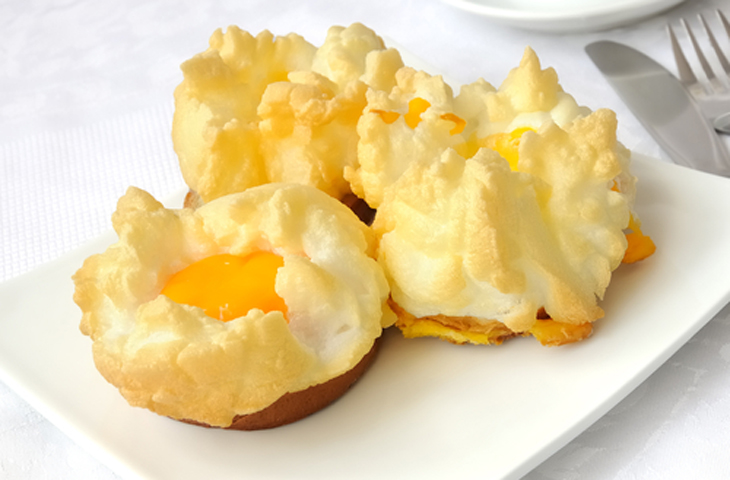 Unusual and time-consuming eggs recipe. The yolks separated from the whites and remain in the half shell. Whites whipped to a froth and baked in the oven, after which there is added the egg yolk and butter. Orsini is a popular appetizer in Italian cuisine, which is served with cheese and vegetables. Eggs cocotte baked in portion forms with the addition of toppings — meat, ham, vegetables, mushrooms. Prepared according to the following principle — first in the form laid out the stuffing, then add a raw egg. Then kokot put it in the oven and baked or boiled in a water bath. 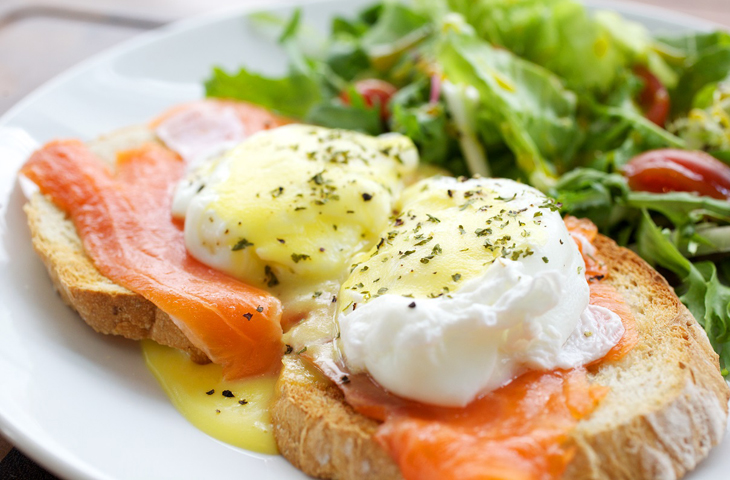 From the usual scrambled eggs Norwegian recipe features the original mix of salted fish, and lightly fried eggs with onions. The combination is so popular in Scandinavia that rare Breakfast is complete without fish eggs. 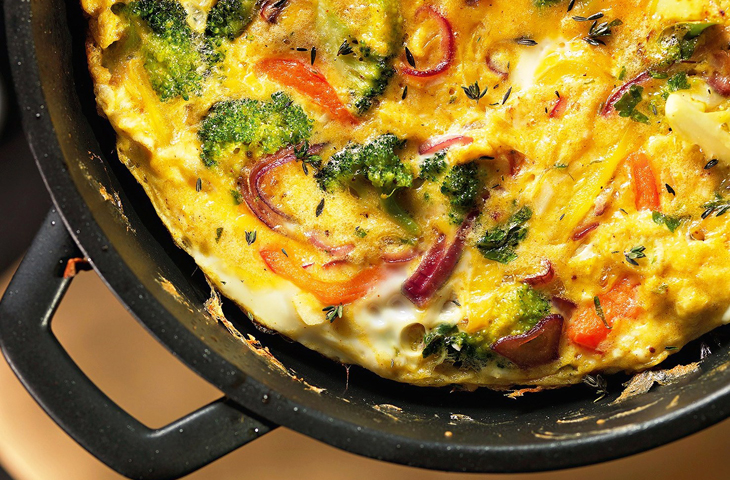 Tortilla de Patata, a Spanish omelet, Spanish tortilla, a potato omelette. There are many versions of the origin of this most popular Spanish dishes. One legend says that the author of the recipe was General Thomas Zumalacarregui that during the siege of Bilbao invented the omelet as a simple, fast and nutritious dish to satisfy the food difficulties of the carlist army. According to another view, the tortilla was first prepared an anonymous housewife from Navarra, in whose house the accident above-mentioned General stopped for the night. The woman was very poor, and besides eggs, potatoes and onions she had nothing, had to improvise — General was pleased and gave the recipe for army cooks. 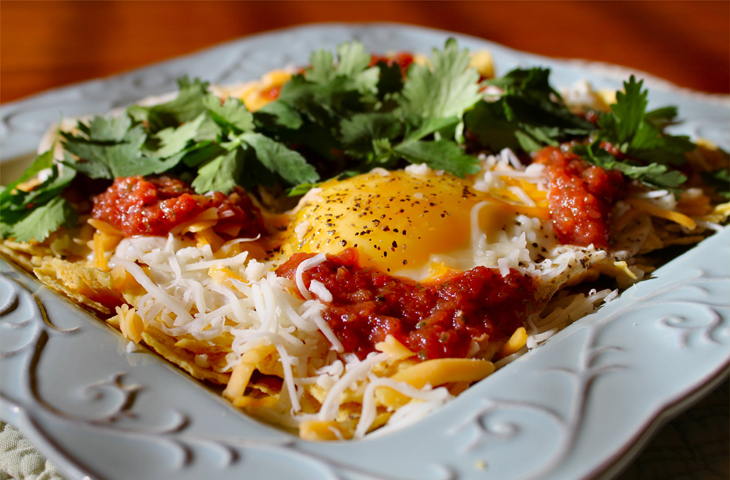 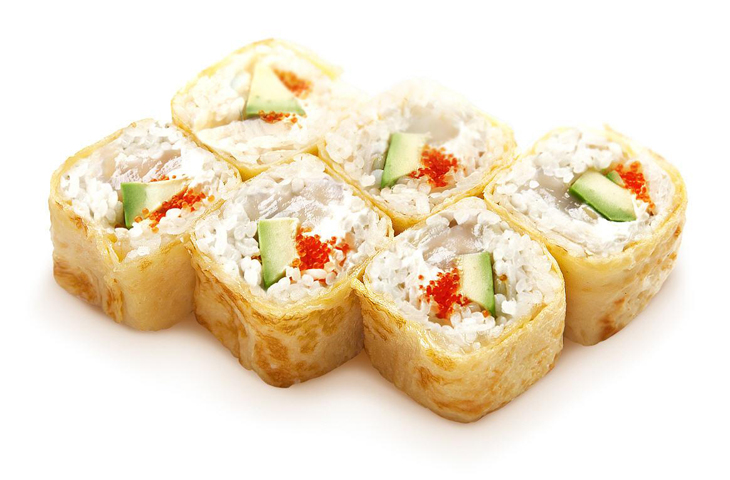 Japanese omelette tamagoyaki is the national pride of the Country of the rising sun. It is made by beating eggs, then mixing in a stock that has sugar, soy sauce, salt and possibly other seasonings. Fry the mixture, turning it over several times while cooking. Often scrambled eggs are used for preparation of rolls with different fillings.

Diet quick to prepare: the woman dropped half the weight, eating junk food and semi-finished products

The octopus in your coffee: a 17-year-old girl creates incredible figures out of foam