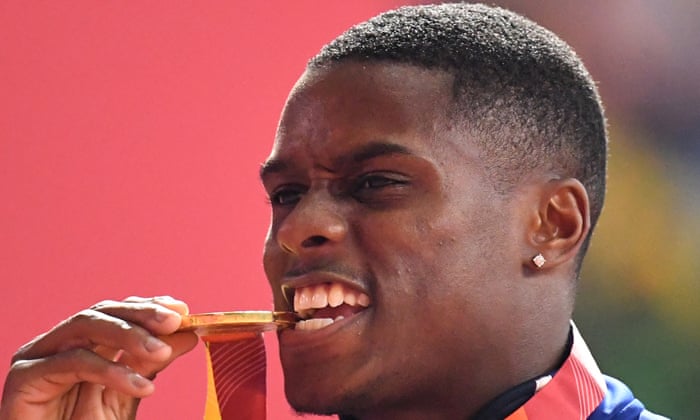 Why is the Christian Coleman case so important?

For two related reasons. The 24-year-old American was the world’s fastest man – a title that still has a considerable cache despite track and field’s slow retreat from the mainstream. When Coleman won the 100m world championships in Doha last year in 9.76sec it was the sixth-fastest time in history and reinforced him as the massive favourite to win Olympic gold in Tokyo. That the Athletics Integrity Unit, which handles doping tests and investigations, has been able to prosecute one of the biggest names in the sport shows it has real teeth.

Coleman has never failed a doping test so why did he get a two-year ban?

Under the World Anti-Doping Agency code any athlete who misses three tests in a 12-month period is banned, if they are unable to justify them. Coleman did not contest his first missed test on 16 January 2019 but disputed a filing failure on 26 April 2019 and a whereabouts failure on 9 December 2019. However, an independent tribunal did not accept his explanations.

What were the circumstances around the missed test in April 2019?

When officials turned up to test Coleman at his home in Lexington, Kentucky, he was at a relay event in Des Moines, Iowa, almost 700 miles away. He then tried retrospectively changing his location on Wada’s athlete management system four hours after the testers arrived but the tribunal did not accept this.

And Coleman’s whereabouts failure that December?

Coleman said he had been on a Christmas shopping trip and buying takeaway food, but returned home just in time to be tested within a one-hour window – before immediately heading out again after watching the start of an American football game at 8.15pm. Therefore, he claimed, the people testing him must have clocked off early.

But his explanation was not accepted?

No. To put it mildly. An independent tribunal noted it would have been “simply impossible for him to purchase a Chipotle at 7:53pm (the store being 5-9 minutes to his residence), drive home, park the car, go into his residence, eat the Chipotle, then watch the kick‑off of the football game which only started at 8:15pm, and thereafter go out again in his car, drive to the store and pick up 16 items at the Walmart Supercenter so as to be able to pay for them by 8:22pm.”

The tribunal also noted the two doping control officers stationed outside Coleman’s house didn’t see him and “stated that at no time was a light turned on in the house – on a dark December evening”. They called his attitude to fulfilling his obligations when it came to drugs testing “entirely careless, perhaps even reckless”.

Last year – only to escape on the technicality after more filing and whereabouts failures. When it was put to him after his world championships victory in 2019 that missing tests wasn’t a good look, he replied: “I guess you are insinuating something happened, but I didn’t do anything wrong. I haven’t been careless. Everyone in this room has not been perfect. I am just a young black man living my dream, people are trying to smear my reputation.”

So what happens now?

Coleman, who has never failed a drug test, has 30 days to appeal against the ban to the court of arbitration for sport. His lawyer, Howard Jacobs, has already said he will “and this will be resolved well before the US Olympic trials”.

If he isn’t successful with his appeal, who will be the favourite for the men’s 100m in Tokyo?

The brilliant – and brash – world 200m champion, Noah Lyles, is the obvious choice. His PB of 9.86sec certainly puts him in the mix, although he has never run over 100m at a major international competition. The 100m bronze medallist from Rio, Andre De Grasse, will be another contender. Whisper it softly, but Justin Gatlin is not out of it, even though he will be 39 in February.