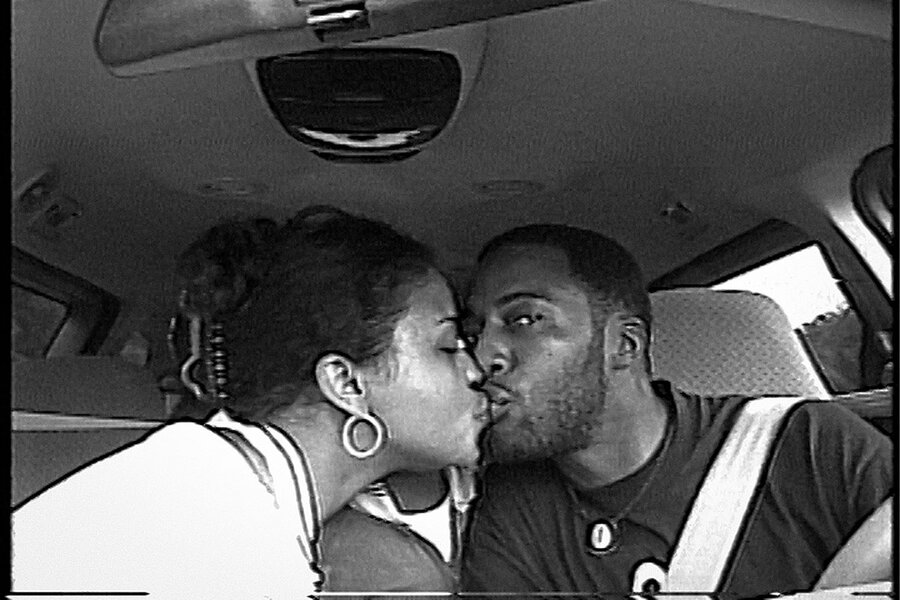 In this extremely divisive and politicized era, it’s nice to know there exists a subset of nonfiction films that take a longer view. What I appreciate most about a pair of recent documentaries – “Time” and “The Antidote” – is that, in their own very different ways, they seek to address and heal these divisions.

“Time,” which centers in highly personal terms on the stark disparity in how justice is handed down along racial lines, is the more overtly political of these two films. But what stood out for me is the raw, human material undergirding its message.

In 1997, Sibil Fox Richardson, who goes by Fox Rich, and husband Robert Richardson decided to open a hip-hop clothing store in Shreveport, Louisiana. Desperate for cash, they made the gravest mistake of their lives and attempted to rob a credit union. Rich, who drove the getaway car, took a plea deal and served 3 1/2 years. Robert received 60 years without benefit of probation, pardon, or suspension of sentence.

Over the course of their next two decades of separation, Rich, mother to their six boys, recorded over 100 hours of home movies documenting for Robert the family life occurring outside the Louisiana State Penitentiary. It is this footage, plus newer material – all shot in black and white – that makes up the film’s emotional core. This is not a movie about a false conviction. Directed by Garrett Bradley, it’s about the wrongfulness of the extreme punishment meted out to a Black man. It’s also about how Rich, who raised her boys alone, became a fierce public advocate for sentencing reform, declaring that “the prison system is nothing but slavery.”

Moving back and forth as it does from past and present, the uniformly black-and-white footage resonantly interweaves the story in a way that a stricter chronology could not have accomplished. We see Rich’s little boys, including her twins named Freedom and Justus, romping and showboating and then we see them as young adults, fatherless but game to make their father proud. In one of the film’s highlights, the twins’ beaming older brother Remington is filmed at his dental school graduation. Robert’s only tangible presence in the home is a watchful and abiding life-size cardboard cutout of him.

In contrast to most movies about incarceration, fiction or nonfiction, “Time” focuses on the effects of imprisonment on the family left behind. Rich’s day job is running a successful car dealership but her real work – her mission – is to forge a more forgiving prison system. She also apologizes and asks for forgiveness from those she wronged: her family, her church members, and the frightened witnesses to her crime. She believes that God has allowed her to use her voice for the voiceless. Petitioning for her husband’s release, and continually let down by the courts, she nevertheless pushes on unbowed. Rich is one of the more galvanizing heroes in the movies right now, and I’m glad it’s the real person, and not an actor, we are seeing up there on the screen.

The title for “The Antidote,” directed by Kahane Cooperman and John Hoffman, is intended literally. It wants to be a movie about, to quote its promotional material, “the roles that kindness, decency, compassion and respect play in a civilized, democratic society.” This is a tall order, and the film, which chronicles the life-giving humaneness of almost a dozen communities across America, is sometimes scattershot.

But there are some marvelous moments: A community activist in Indianapolis organizes Black preteens into a thriving boys and girls bicycle club. In Boston, a nurse tends to scared homeless people by first washing their feet as a way to earn their trust and initiate their care. In Anchorage, Alaska, a local refugee agency brings in a large Congolese family after it has endured 17 years in a Rwandan refugee camp. My favorite sequence is a fourth grade class in Seattle where once a month a baby is brought in so the children can react to the infant and explore their empathy. It’s left to 9-year-old Brody to express what we all feel: “Without kindness we’d all be maniacs!” The power of community reverberates throughout this film.

“Time” (PG-13) is available on Amazon Prime Video. “The Antidote” (not rated) is arriving on video on demand platforms in November. It can also be viewed now for a fee via this site: https://theantidotemovie.com/watch/