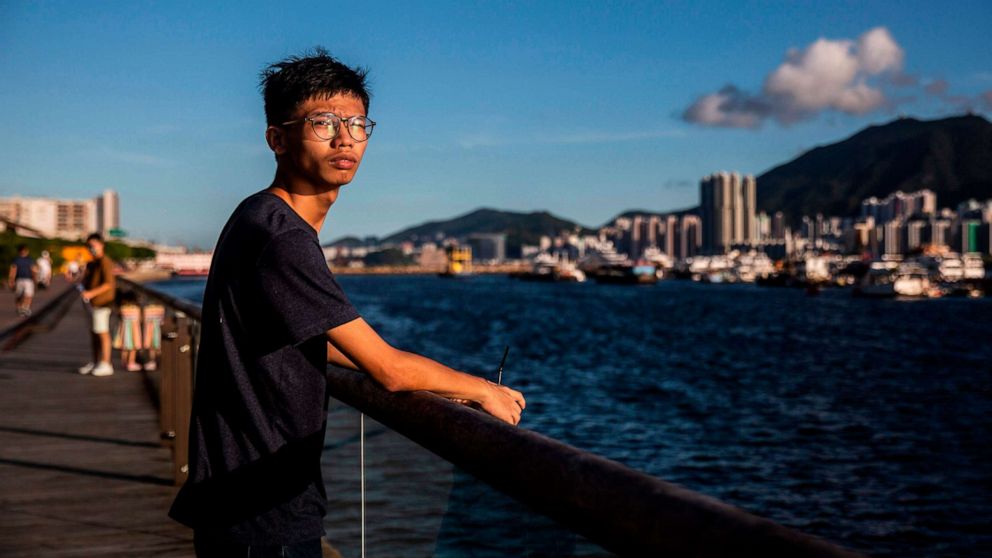 The former leader of pro-independence group Studentlocalism was denied bail after appearing in court on Thursday. He was charged with secession, money laundering and conspiracy to publish seditious material.

Chung, 19, will now remain in custody until his court appearance in January.

The teen was detained at a coffee shop opposite the United States consulate on Tuesday. He was among a group of five people who were reportedly planning to claim asylum inside the consulate. Two other former members of Studentlocalism were also arrested on the same day but were later released on bail.

U.K.-based advocacy group Friends of Hong Kong said Chung had already sent documents to U.S. offices in Washington, D.C., for asylum. He was taken away by plain-clothes police before he’d reached the entrance to the U.S. consulate. Others were later sent away by consulate workers after trying to seek refuge inside.

Secretary of State Mike Pompeo condemned the activists’ arrests and called on Hong Kong authorities “to release those that remain detained immediately.”

A U.S. State Department spokesman had earlier called it “reprehensible” for national security officers to detain a teenager in a coffee shop.

Like most political organizations critical of the Chinese government, Studentlocalism was disbanded before Beijing imposed the law.

Under the law, acts of secession, subversion, terrorism or collusion with foreign forces are punishable by up to life in prison.

The Chinese government has defended the law as necessary to return to stability after months of mass pro-democracy protests last year, which at times turned violent and brought the city to a standstill.

Critics, however, say it stifles the freedoms safeguarded for 50 years after the territory was handed back from British to Chinese rule in 1997.

“The charges brought against Tony Chung once again expose the Hong Kong government’s disdain for freedom of expression and dissent,” said Rosenzweig.

Chung is also accused of sedition under an old colonial law and money laundering through his HSBC and PayPal accounts.

The teen was previously arrested under the new law and freed without charge in July. He has been accused of continuing his political activities despite the warning.

The first person charged under the national security law was 23-year-old Tong Ying-kit, who drove a motorbike into a group of police officers while carrying a “Liberate Hong Kong” flag on July 1.