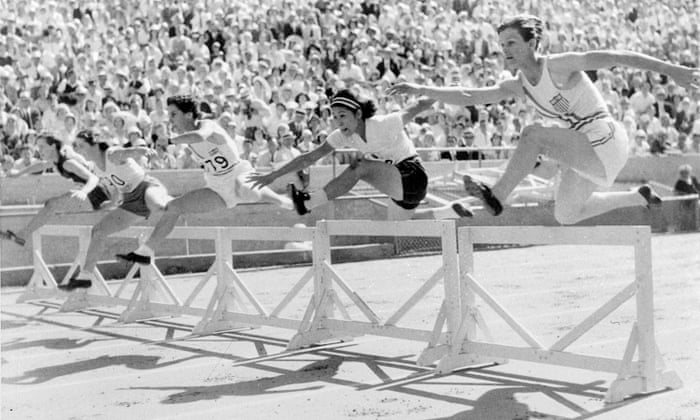 1) Manchester United meet Arsenal on Sunday, and it seems the two clubs have enjoyed some acceptable tussles in the past. Here’s a Friday night special from November 1984; Norman Whiteside booting David O’Leary and friends all round Old Trafford in January 1987; EVERYTHING that NO ONE wants to see, the brawl of October 1990; David Rocastle’s brilliant goal in October 1991; Arsenal’s crucial win in March 1998; and Keown v Van Nistelrooy.

2) Mildred “Babe” Didrikson Zaharias is one of the greatest athletes of all time. In the 1932 Olympics, she won gold in the javelin and 80m hurdles, plus silver in the high jump. Although she was also great at baseball and basketball, she went to golf next, where she fought discrimination to win 10 LPGA majors. Here’s a look back at her career, and another, and another.

3) Last Saturday night Khabib Nurmagomedov retired from MMA with a perfect 29-0 record. Here he is beating seven shades out of Justin Gaethje in his valedictory fight, here he is announcing his retirement, here’s his journey to becoming the UFC lightweight champion and here are some of his best finishes.

4) On this day in 1960 “an 18-year-old amateur boxing champion with a charming smile” made his professional debut.

5) And on this day on 1987 Thomas Hearns became boxing’s first four-weight world champion, knocking out Juan Roldán. Here are all the Hitman’s stoppages and knockouts.

6) And finally the late, great Ron Pickering … presenting classic 80s kids’ show, We Are The Champions. Away you go!

3) What happened the last time two Victorian sides met in the AFL decider.

4) What happened the last time Richmond met Geelong in the AFL decider.

6) George Best dancing on ice for Hibs against Rangers in December 1979.