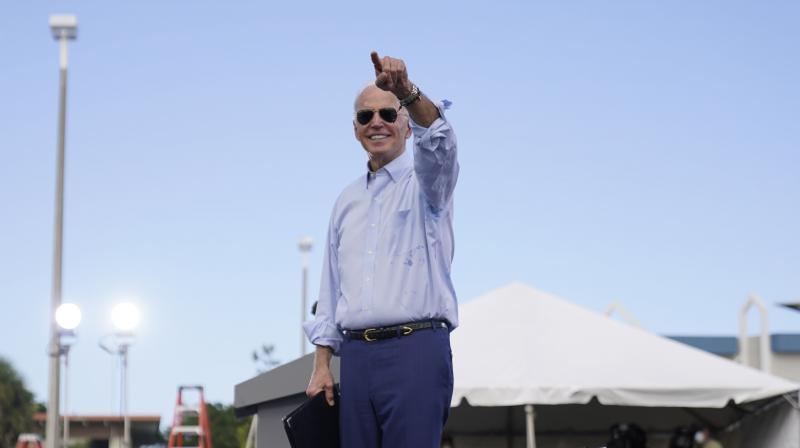 Hyderabad: Over 70 per cent of Indian Americans favour Joe Biden and the Democrats in the US elections, said Shashank Bengali, South Asia correspondent for Los Angeles Times, in a webinar conducted by the US Consulate General, Hyderabad, in collaboration with American Corner, Hyderabad, on Thursday on the role of Indian Americans in the upcoming US presidential elections.

As has been the trend even in previous US presidential elections, Indian Americans have largely been pro-Democratic party, said Bengali. “Nearly 77 per cent of Indian Americans had voted for Hillary Clinton even in the previous elections,” added Shashank, saying that the community has a major role in deciding the electoral fate of the US.

With Kamala Harris, the Indian-origin Democratic party vice-presidential nominee, US Americans are now opening up more to the idea of India than what has been known to them until now, revealed the discussion on the webinar. “So far Americans have mostly known more of the North Indian stuff, like masala tikka or bhangra, as representative of the country. However, with Harris proudly wearing her Indian heritage, the south of India is also becoming known to US Americans now,” said Bengali.

Responding to a question from Deccan Chronicle on the role of organisations like ‘Hindus for Trump’ or participation of Indian Americans in events like ‘Howdy Modi’, Bengali said that even though such organisations are influential and have a lot of money behind them, they will not make much of a difference to the tilt observed on the ground in the elections.