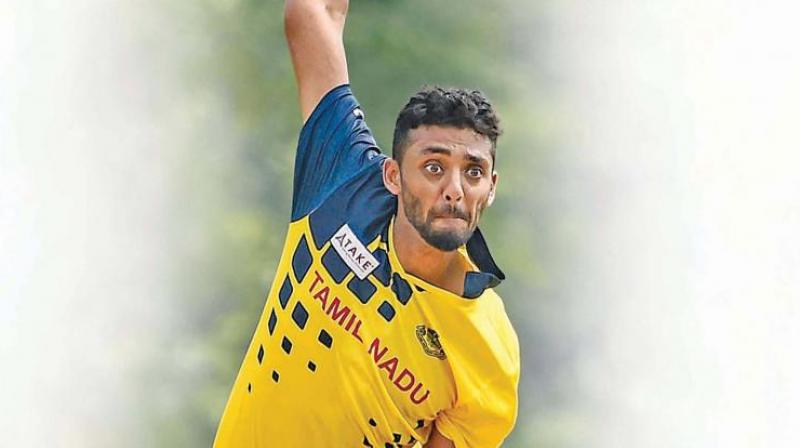 Varun Chakravarthy is the newest player named in India’s Twenty20 International (T20I) squad for the upcoming series against Australia. Ironically, cricket wasn’t Varun’s first choice of career! Born in Bidar, Karnataka, he is an architect by training.

“Since he could not go beyond school-level cricket, like children in any other middle-class family, the only option for him was to study and earn a living. After discussing his tastes, we thought the best option was architecture, and so he chose to study B.Arch at SRM University, Chennai,” his father, Vinod, said, in an exclusive interview to DC.

But at the age of 25 Varun decided to quit his job and take up cricket as a profession because he found he wasn’t earning much being an architect.

However, his scientific training has indeed helped him in his pursuit of sport.

“Architecture involves creative thinking and fitting a creative process to certain guidelines. He feels his study of architecture has greatly helped him in visualising a situation and taking action,” says Vinod.

“According to Vinod, his son is multi-talented. Varun’s interests include music, drawing, acting and film editing besides sports. “He did his primary schooling in KV CLRI Chennai and moved to St.Patricks Anglo Indian Higher Secondary School, Adyar, which was near our home,” says Vinod, adding that primary reason they chose to put him in the school was that he was very interested in cricket, and the school had a very good cricket team.

Varun has been dubbed ‘mystery spinner’ by the media because of the way he spins the ball, giving the batsmen no clue as to what type of ball will fly off his fingers.

Explaining his bowling action, coach Diwakar Vasu says, “His bowling is hard to read because he has a flat trajectory, ball rotation is well disguised, and there is less time for the batsman to pick up on his variations.”

Like every parent, Vinod and his wife Hema Malini are overjoyed that their son has realised his dreams. “We are happy that his hard work has paid off, and that his life story is one more source of inspiration for the talented people of this great country,” Vinod says, signing off.