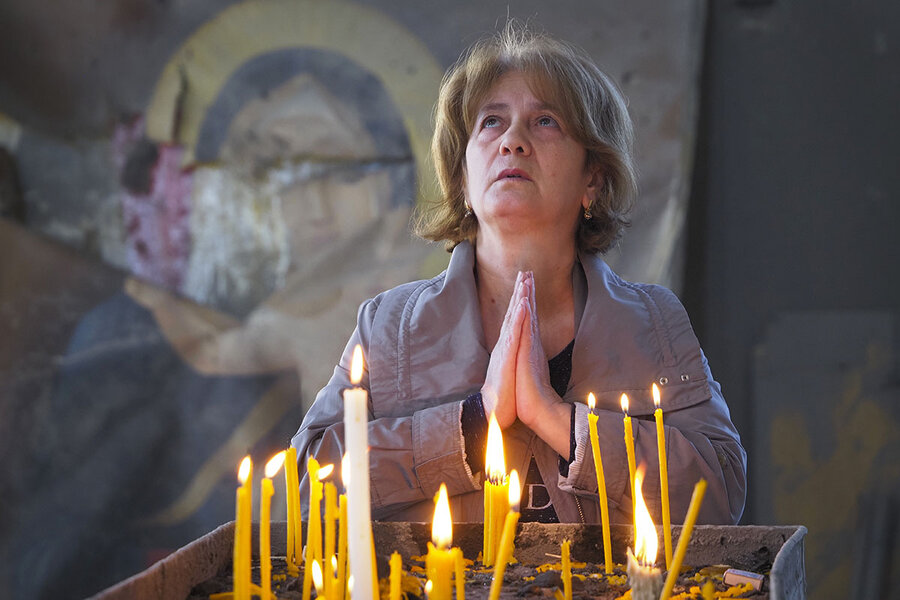 The month-old war between Armenia and Azerbaijan is the latest eruption of a long-running, bitter conflict steeped in existential fears and ancestral hatreds. As wars usually do, it has generated an intense rally-round-the-flag effect in both societies and their diasporas.

So it’s extraordinary that a few people in each country have found the courage to take a public stand against what they see as the madness unfolding around them.

Small and apparently unconnected groups in Armenia and Azerbaijan have signed open letters that call for peace. The letters also condemn the nationalist passions, war propaganda, and special interests – as well as the neo-imperial powers, Russia and Turkey – that they see as encouraging and exploiting the conflict.

The signatories appear to be primarily young, leftish students, intellectuals, and activists. Though marginalized – at least one Azeri signatory is now in prison for his anti-war stand – they make a strong case to their respective societies that this war is in the interests of neither population, should have been prevented by diplomacy decades ago, and that a reasonable peace settlement would open the door to economic prosperity and greater democracy in both countries.

“They say truth is the first casualty in war, and that has certainly happened here,” says Giyas Ibrahim, one of the signatories of the Azeri letter. “Our position, of course, has prompted a lot of people to label us as traitors. But someone needs to say that this war is a lie that serves the interests of only a few, such as arms dealers and imperialists.”

“It’s very hard to be objective”

Mr. Ibrahim, who was reportedly arrested for making “anti-war statements online” shortly after his email exchange with the Monitor, says that “this war has already claimed the lives of many young people, who might not have gone to die if they hadn’t been fed by the state with incessant militaristic and nationalist propaganda. It has always been possible to solve this conflict humanely.”

That is an extremely unpopular position in Azerbaijan. Arif Yunusov, an Azeri security expert whose mother was Armenian, says he has tried over the years to promote dialogue, and received a lot of abuse for his efforts.

“In the midst of a war it’s very hard to be objective,” he says. “It’s either black or white. No colors. That’s particularly true of ethnic and religious conflicts like this. My wife and I have operated a joint Azeri-Armenian peace website for years, in an effort to get a conversation going among Azeris about this. We’ve been called traitors and Armenian spies for our efforts.”

The Armenian letter, signed by about two dozen public activists, similarly blames the war on narrow nationalism, capitalist greed, and pot-stirring by outside powers. “War catastrophically changes people, their perceptions, and ability to imagine peace,” it says.

The letter lays out a series of steps that might be taken, not just to end the war but to reverse decades of misunderstanding, animosity, and ethnic injustice, in order to create a lasting peace in the region.

One of the Armenian signatories, Gayane Ayvazyan, a Yerevan-based historian, says that Armenians generally want peace, but they are absorbed by a long-standing certainty that conflict is inevitable and military security is the only answer.

“Armenians witnessed a huge national tragedy just over a century ago,” when at least 1.5 million Armenians – once a large minority in Turkey – were slaughtered by the Ottoman Turks, she says. “This terrible trauma is still remembered. The Turkish factor in the present conflict makes people believe that we are seeing the continuation of the Armenian Genocide, and that this is a war for self-preservation.”

“The majority of society supports this war”

During Soviet times Armenians and Azeris lived together more or less peacefully, often as neighbors in the same places. But amid the Soviet twilight, in a series of reciprocal pogroms, about half a million Armenians were forcibly expelled from Azerbaijan, and around 200,000 Azeris from Armenia.

The Armenian-majority territory of Nagorno-Karabakh declared independence in 1988, and in the subsequent war, the victorious Armenians occupied seven mainly Azeri regions, which they claim are necessary “buffer zones.” From those territories they ethnically cleansed around 600,000 Azeris, many of whom still live in forlorn refugee camps near the Iranian border.

For almost 30 years the unresolved conflict has festered. All attempts by international negotiators to frame a settlement – in which Armenia would return the occupied Azeri territories in exchange for peace, the return of refugees to their homes, and negotiations about an acceptable status for Nagorno-Karabakh – have foundered while both sides prepared for renewed war.

“As for Karabakh, I don’t think either side has an adequate attitude about it,” says Ms. Ayvazyan. “Leaders have never taken the idea of a negotiated settlement seriously. Everyone maintained a maximal position, hoping to get everything without having to make compromises.”

Azerbaijan is a dynastic post-Soviet dictatorship fueled by oil money. Signatories of the Azeri letter say the refugee problem needs to be solved, and people must be returned to their homes. But they blame the country’s authoritarian leader, Ilham Aliyev, for using the issue of lost lands and refugees to distract people from deepening social problems, poverty, and other sources of dissatisfaction with his rule.

“The majority of society supports this war,” says Bahruz Samadov, a signatory of the Azeri letter who is currently studying in Prague. “That’s because the authorities have been preparing people for war, forming the enemy image of Armenians, for many years. The image was that the implacable enemy doesn’t want to return what belongs to us, no political solution exists and the only way is war. …

Armenia is a democracy, and its society appears to allow wider debate and shows a fair degree of tolerance toward its peace-oriented dissenters.

“People of my age remember that Azeris and Armenians once lived together as neighbors,” says Alexander Iskandaryan, director of the independent Caucasus Institute in Yerevan. “But young people today see Azeris in some kind of caricature. There is no contact between people anymore. Isolation and lack of communication generates certain feelings, here and there.”

Ms. Ayvazyan, the peace activist, says Armenian society missed a major opportunity by failing to deal with the war issue during its euphoric democratic revolution two years ago.

“The Karabakh conflict wasn’t treated as part of the civil protest agenda” during that popular upsurge, she says. “It was considered frozen. But now it’s clear that we cannot go forward to full democracy while bypassing this conflict. No matter how this war ends, it will teach us that lesson. There is no future without finding ways to establish dialogue for peace.”