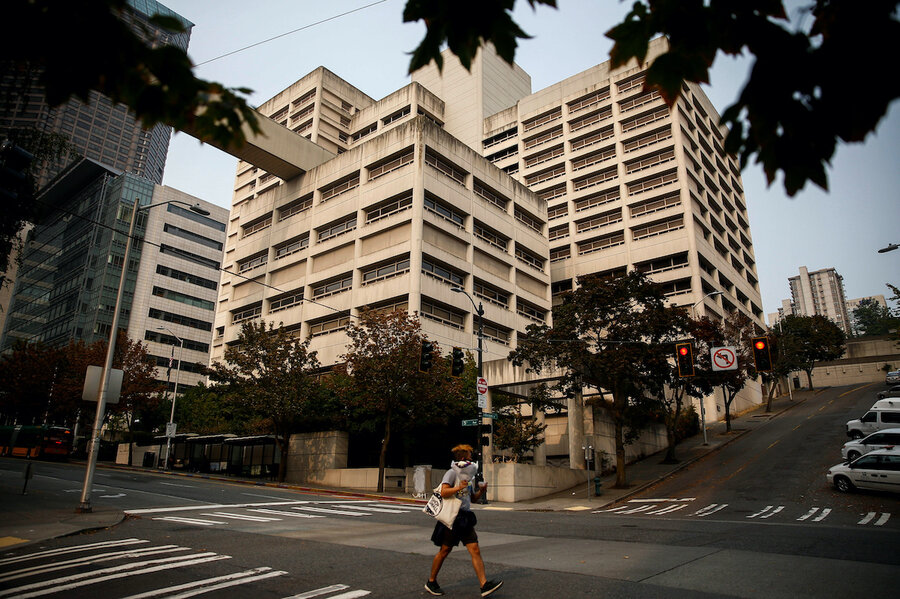 The population in America’s big jails and state prisons plunged by 170,000 this spring amid the coronavirus pandemic, Reuters has found in a survey of facilities around the country. All told, localities and states held 11% fewer inmates in their custody.

The unprecedented mass release was a crash effort to contain the disease. But it is also providing the United States with an opportunity to experiment with a big idea: unwinding the country’s signature practice of mass incarceration.

America locks away far more people – 2.1 million – than any other nation. In jails, which largely hold people awaiting trial, thousands have died behind bars without being convicted of the charges they faced, a Reuters investigation found.

With tens of thousands suddenly freed or diverted from entering jail, some governments see COVID-19 as a chance to change the policies that led many inmates to be locked up in the first place.

In February, as COVID-19 surged through a nursing home in Kirkland, Washington, in the first big U.S. outbreak, authorities assessed the risk to 1,945 inmates in the King County Correctional Facility in Seattle and the Maleng Regional Justice Center in Kent.

In March, the sheriff stopped jailing people for most nonviolent misdemeanor charges. Public defenders sought to release their clients from jail without posting bail. The sheriff suspended a work release program, releasing inmates who worked outside the jail during the day but stayed overnight in the facility. Civil and criminal cases were frozen.

By late May, the population in the two jails had dropped to about 1,300, down by a third. King County Executive Dow Constantine says he wants to keep it that way.

“Each month that goes by where we’re able to maintain the population at 1,300 instead of 1,900 shows that this is sustainable, this is possible,” he told Reuters.

Critics of the mass releases fear freeing inmates will lead to a surge in crime. “This is going to set us back. This is going to mean more crimes,” Sheriff Margaret Mims of Fresno County, California, said in a video posted on Facebook.

Some communities, to be sure, have begun re-filling their jails and reverting to old policies. Yet other counties are considering keeping temporary reforms in place.

Washington’s King County is weighing whether to make permanent some COVID-19-inspired booking restrictions, such as using fines for minor, nonviolent charges or only jailing people once they are convicted. In Wisconsin, the number of inmates in Dane County’s jail dropped from 710 to 452 between mid-February and mid-May. That trend will have to be evaluated post-pandemic “in a new normal,” said Dave Mahoney, the county sheriff. “The public is saying look, your population is down, let’s learn from the forced lessons.”

Mr. Mahoney, who is also president of the National Sheriffs’ Association, said his county is considering whether more people could be released without bail, conducting more teleconferences to speed up court hearings, and having judges hold court on the weekend “to decrease the number of people who arrive on Thursday and are sitting until Tuesday or Wednesday” in a cell.

In New York, the March COVID-19 releases are likely to hasten efforts to find alternatives to jail for those serving time at the Rikers Island correctional facility on minor offenses such as petty theft, drug possession, trespassing, and disorderly conduct, said Elizabeth Glazer, the head of the Mayor’s Office of Criminal Justice. Such inmates are often caught in a loop between shelters, jail, and emergency rooms.

In Los Angeles, county supervisors have put an initiative on the November 3 ballot to redirect 10% of unrestricted, county-generated revenue to programs supporting “alternatives to incarceration,” including mental health and job services.

Nationwide, a major target is the bail system. On the West Coast, the Judicial Council of California issued a statewide “zero bail” policy near the start of the pandemic, effectively eliminating bail requirements for arrestees charged with misdemeanors or low-level felonies. The policy helped fuel a decline of more than 20,000 inmates in the state’s jail population before the council rescinded it in June, saying it “may re-institute these measures if health conditions worsen or change.”

Bail and other changes led to sharp drops in jail populations in nearly every corner of the U.S.

Between February and May, the number of detainees in 471 of the nation’s largest jails dropped by more than 100,000, Reuters found. In the same time, the state prison populations fell by at least 68,180. The Reuters tally doesn’t include the federal prison system, which holds fewer prisoners than jails and state prisons; comparable data wasn’t available.

In all, state prisons and the large jails surveyed by Reuters housed more than 1.5 million inmates a day in February. By May, that number had dropped to less than 1.4 million, by far the lowest point in at least a decade.

The releases were meant to slow the spread of coronavirus behind bars. Public health specialists saw jails as especially vulnerable, because they often squeeze hundreds or thousands of people into confined quarters with limited medical care. People tend to come and go from jail relatively quickly, making it easy to spread disease between the jail and community.

Through mid-June, 443 of the nation’s largest jails reported that a total of 79 inmates had died from COVID-19. Another 41 staff members died. The jails said they had documented a total of about 11,000 cases of the virus, though limited testing in some facilities means the figure likely is an undercount.

By comparison, at least 53,730 inmates tested positive for the virus in state prison systems, which hold convicts serving significant sentences and were less able to free people to reduce crowding. Records collected by Reuters show 551 died.

Some jails saw major outbreaks despite taking steps to ease crowding. In some cases, Reuters found in an examination of inmate discharges, the releases may have put the community at risk of infection.

In Decatur, Georgia, the DeKalb County Jail reported on April 27 that 13 inmates had been infected with the coronavirus. By May 4, that dropped to seven. On May 11, the jail declared itself free of the virus.

The infected inmates, however, were among 4,000 people released by the jail between March and May. The inmates were given face masks and information on local health providers. Holding an inmate cleared for release would violate an individual’s rights, the sheriff’s office said.

The mass releases, critics assert, put communities at risk of crime in a year when some major U.S. cities saw a rise in violence. The number of murders in the first half of the year was nearly 15% higher than the year before and serious assaults rose 5%, the Federal Bureau of Investigation reported in September. Overall numbers of violent and property crimes fell slightly.

There’s no data available yet to test whether the violent crime wave is tied to the COVID-19 releases. Release opponents cite a scattering of crimes committed by inmates. In Tampa, Florida, a man released from pretrial custody on a heroin charge in March was charged with a killing the next day. In Maryland, a man who persuaded a judge to free him because he feared COVID-19 was charged with fatally stabbing someone.

Several criminologists noted that the overall crime rate in most cities remains lower than before the pandemic. That’s true of the type of crimes associated with low-level offenders released during the outbreak, such as drug possession and petty theft. This spring and summer also saw the pandemic plunge the country into a recession and George Floyd’s death trigger a wave of unrest. Those factors may have boosted violent crime as well.

“It’s a real serious challenge to figure out because a lot of dramatic changes are happening at the same time,” said David Abrams, a University of Pennsylvania professor of law, business economics, and public policy.

A September study, sponsored by the nonpartisan Council on Criminal Justice think tank, surveyed 375 jails and found that rearrest rates didn’t rise among those freed through July 20. “Rebooking rates for people released after March 16 remained below pre-pandemic rebooking rates,” it concluded.

Drew McWilliams is among the released inmates.

Mr. McWilliams had three weeks left on a nonviolent misdemeanor sentence at Rikers Island when the jail released him March 26. At home, he quarantined for 14 days, avoiding his father, a cancer survivor, and his two young daughters. He has been taking courses from the nonprofit Fortune Society on becoming a guidance counselor for people getting out of jail. “I watched certain news channels where they essentially said that they should have just left us in there to die from COVID,” he said. “I want people to see that everybody that has gotten released has not been doing badly. A lot of us have been doing the right thing.”

Denver prosecutor Beth McCann believes the releases appropriately cleared jails of many low-risk defendants. Her office is tracking the fates of released inmates to analyze the question more definitively.

“The virus has really assisted those of us who are of the mind that we do have too many people in jail, particularly awaiting trial,” Ms. McCann said.