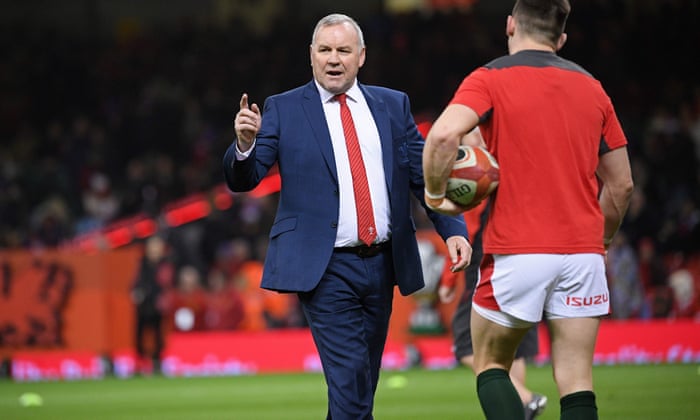 It is exactly a year since Wayne Pivac took over from Warren Gatland as Wales head coach and he needs a result. He was brought in to add adventure to Wales’s game, but the main difference so far has been a loosening of the grip the Six Nations champions were able to exert on opponents physically.

Wales are caught between the old and the new. It was exemplified in Paris last weekend when they came second in areas where they had been dominant before, in the air and in contact, and a couple of neatly worked tries were scant consolation.

It was Wales’s fourth successive defeat and a fifth against Scotland at Parc y Scarlets, a ground where Pivac made his name in Wales, taking the Scarlets to a league title and a Champions Cup semi-final by encouraging his players to be audacious, would mean their worst Six Nations campaign since the previous year Gatland was not involved, 2007.

Gatland, who is preparing for the British & Irish Lions tour to South Africa next year, will not be at the ground to invite comparisons as he has returned to New Zealand to prepare for his daughter’s wedding. He enjoyed instant success with Wales, winning a grand slam at the first attempt in 2008, but there was no instant expectation on him after the previous year’s World Cup flop.

Pivac, like certain football managers before him, is finding it is different when you take over after a period of sustained success, all the more so when you have a mandate to change. His dilemma is summed up in two of his players: the captain, Alun Wyn Jones, will break the record for international caps on his 149th appearance while the back-rower Shane Lewis-Hughes will be making his debut. He needs greater balance between the tried and the untested.

Pivac has been trying to radically change Wales’s philosophy with largely the group of players who were central figures under Gatland. His six changes from Paris reflect the need for a result against Scotland: the three at forward will fortify the pack, adding to ball-carrying and physical presence over the ball, while Owen Watkin is more of a defensive bulwark than Nick Tompkins and Liam Williams, who takes over from the off-colour George North, rarely loses a battle in the air.

Wales have a number of players born in the 1980s, including Leigh Halfpenny, Jonathan Davies, Dan Biggar, Justin Tipuric and Jones, along with the injured Rhys Webb and Ken Owens, and Pivac will in the coming year have to decide how many are likely to be in contention for the 2023 World Cup.

His contract, and those of his assistants, runs until the end of that tournament, but it has a break point at the halfway stage next year. The Welsh Rugby Union is coming under new management with the two key figures who were involved in his appointment, the chief executive, Martyn Phillips, and the chairman, Gareth Davies, being replaced. And so the need for results in a country which has over the years regarded patience as a vice rather than a virtue.

“We are well aware of our record, like everybody is,” said Pivac. “We are focused and are determined to follow a path that leads to the 2023 World Cup. We are new to the international game and, although there is more pressure than coaching at club level, we are enjoying it very much.”

Gatland eventually discovered that to get the best out of his squad he had to put players on a tight rein, that they preferred to be told what to do than work it out for themselves. Pivac is coming at it from a different angle, the same one as Gregor Townsend who became Scotland’s head coach three years ago. This is his third Six Nations and his only two away wins have come in Italy: it is 10 years since the Scots won anywhere else in the tournament.

Scotland will sense an opportunity with Wales trying to find themselves, although there is no roof at Parc y Scarlets to keep out the forecast rain. Gatland’s previous two Lions squads had a large core of Wales players, but were he in Llanelli he would be interested in at least as many players in blue as in red. And Finn Russell is back.