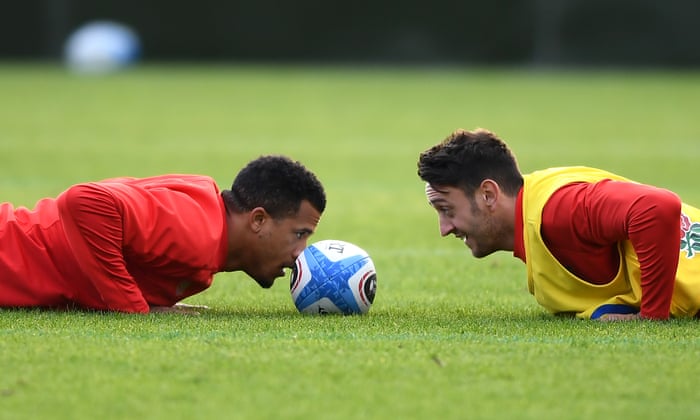 When Steve Hansen was Wales’s head coach, their training base in the Vale of Glamorgan became known as the Jail of Glamorgan because of the way he operated as a prison warden, always checking to see if any of his players was trying to escape.

One morning, he confronted one of his charges after patrolling the car park before sunrise and discovering a motor with a warm bonnet and exhaust. It was Dafydd James, a Test player on the 2001 Lions tour, and when the wing did not admit having spent the night at home he was dropped for the next game.

Hansen’s aim was not to punish players but change their behaviour after an indisciplined few years on and off the field. His ploy worked, although not until after he had returned to New Zealand, and these days players no longer feel incarcerated. That is, until they reported for international duty last week, seven months after coronavirus restrictions and regulations were introduced.

It will be the same all over Europe for the next six weeks with all the Six Nations in camp, first for the conclusion of the 2020 tournament and then the eight nations championship. No one is allowed to leave the squad’s hotel without prior permission, there is no room sharing, distance has to be maintained and hand sanitiser is ubiquitous. They cannot go for a stroll never mind find somewhere to cuddle a cappuccino.

Coaches have a dual role: preparing for Tests and making sure their players do not go stir crazy. The novelty of a different environment quickly wears off because of the restrictions on freedom. Other than back to the hotel room, there will be no refuge for someone who wants to be alone to digest being dropped from the side, for example.

Players are united by the cause they represent. They will not all get on and differences will be magnified by the stress brought on by having freedom curtailed. Squads are together for a long time with visits home strictly rationed. They will play in empty stadiums and, in their isolation, defeat will be harder for some to deal with.

The former England flanker James Haskell said he did not understand why more players did not seek the counsel of sports psychologists to ensure they are as fit mentally as they are physically. Sessions today would have to be conducted over the phone to avoid human contact, but a number may take his advice given they are dealing with circumstances peculiar to the current crop of internationals.

The ideal would be to turn hotels into cruise liners, offering a variety of entertainment and distractions as well as boltholes. “I am a passenger trying to make the most of what is on offer,” the England flanker Ben Earl said this week. “We have social groups who are organising entertainment and there should be no cabin fever after a couple of weeks.” 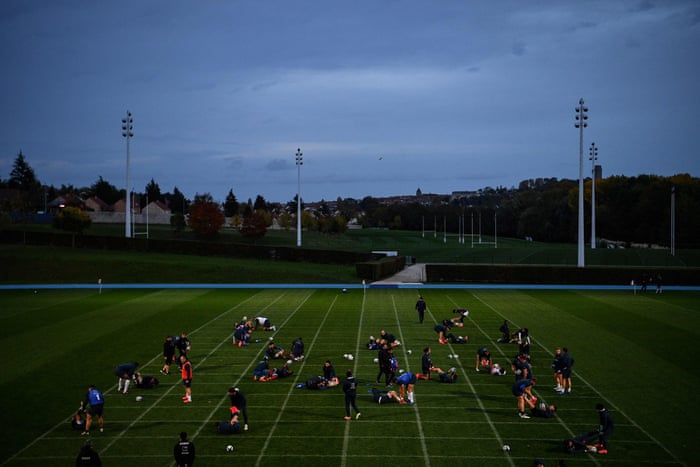 There is also the fear, heightened by the postponement of the game between England and the Barbarians at Twickenham last week, of testing positive for coronavirus and jeopardising a match with all the financial implications that entails at a time when unions and clubs are struggling, unable to sell tickets with no date even pencilled in for the return of spectators.

“You have to live with it,” said Earls. “If you are paranoid, you will not enjoy your time here. We know what is expected of us.” Which was not the case with some of the Barbarians, although most of the players involved in breaking out to visit a restaurant on one evening and a pub on the next had only experienced restrictions through a club prism.

It should not have mattered because most were experienced enough to know better, but a week with the Barbarians is to be transported back in time to the amateur era when bacchanalia was the rule rather than the forbidden. With the gift of hindsight, the Rugby Football Union may have thought that an old-fashioned trial match was a safer option than an old-school fixture.

As the number of positive tests throughout Europe goes up, so the risk grows if players step out of their bubble. “There are stringent measures, but we are still playing and doing what we love,” the England prop Harry Williams said. “Our sacrifice is minimal compared to what people throughout the country are having to do.”

It is all relative. Clubs and unions have this year made a number of positions redundant and, with the salary cap being reduced, players may find sacrifices come to amount to more than a drop in salary. Professional rugby, like so many other businesses, is moving closer to the edge, pushed by increasing debt.

The Premiership resumes in three weeks with clubs wondering why French sides are permitted to admit spectators, down from 5,000 to 1,000 after the spike in cases there, while they are not. Even with television income, there will be a point when staging a match becomes uneconomic. Delaying the start to the season would be tempting, but there is no space in the calendar.

It is the same with the Six Nations, although by February, surely, there will be some movement on spectators. It is against that backdrop that players have gathered in their respective international camps. Uncertainty is all that is certain and coaches will find themselves stretched like never before. They cannot be seen as jailers and success will come down to more than looking good in training.