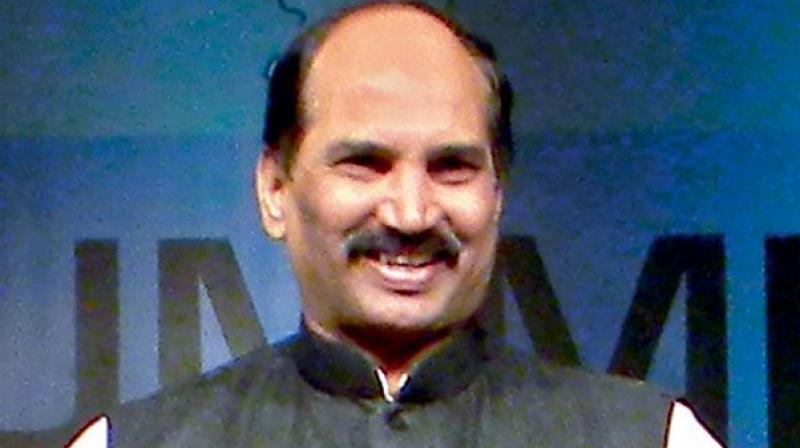 Hyderabad: The Telangana Pradesh Congress committee president and MP, N. Uttam Kumar Reddy, on Wednesday organised a door-to-door campaign at Dubbaka mandal and rural villages. He interacted with youth people along with candidate, Ch. Srinivas Reddy, and other senior leaders and also played volleyball with village youth. He sought their support for the Congress candidate and asked them to vote for development in Dubbaka.

Congress working president and MP, A. Revanth Reddy, participated in a road show along with former MPs, Suresh Shetkar, Siricilla Rajaiah and party general secretary, Vinod Reddy, in Mirdoddi mandal. He appealed to people to vote for the Congress for youth to get employment and farmers to get minimum support price. Reddy alleged that the poor did not get a double bed room house from past six and half years of TRS government. He urged that people give a chance to Congress and teach a lesson to Chief Minister, K. Chandrashekar Rao and his bull-headed rule.

Former deputy chief minister, Damodara Rajanarasimha, also participated in the campaign in Toguta mandal’s rural villages. He sought support from people for the Congress candidate. He recalled the Congress party schemes implemented when they were in power.

Party treasurer, Gudur Narayan Reddy, said that the people of Dubbaka are ready to teach a lesson to the ruling party. Alleging that BJP and TRS are helping each other, he said the by-election would be won by the Congress under the leadership of AICC in-charge, Manickam Tagore.

Senior leaders MLC, T. Jeevan Reddy, and MLA, D. Sridhar Babu, participated in a door-to- door campaign at villages of Raipol mandal. Both recalled the development work done during the Congress regime. They also requested the people to vote for the Congress and vote for Ch. Srinivas Reddy.