The Greek Orthodox priest was fired at twice in the abdomen as he was closing his church at around 4pm local time. He is being treated for life-threatening injuries.

An urgent manhunt has been launched for the suspect who is on the run.

The attacker used a hunting rifle, a police source said.

People have been told the avoid the area.

France’s Interior Ministry and the local police force said that a serious incident was under way. 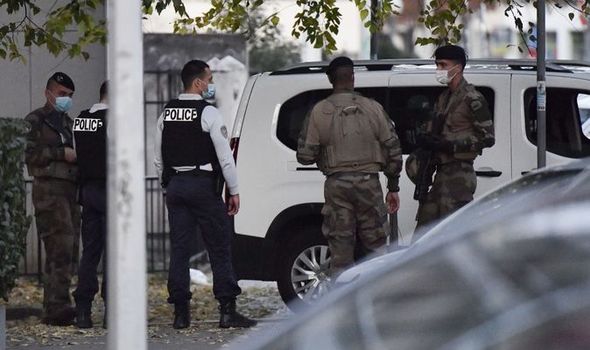 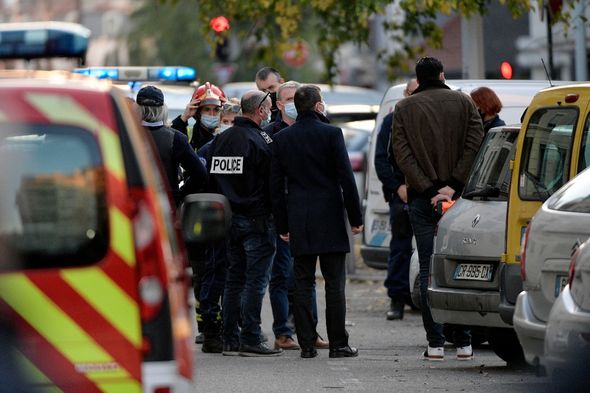 The British Embassy in France tweeted: “There is an ongoing security incident in the Jean-Mace area of the 7th arrondissement in #Lyon.

“The police are on site. Please avoid the area and follow the advice of the local authorities.”

The motive for the attack is unclear.

The incident comes after three people were killed in a suspected terror attack at a church in Nice on Thursday. 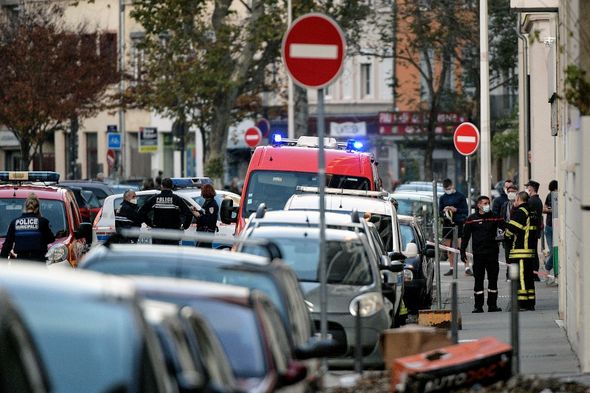 Two women and a man were stabbed at the Notre Dame church in the city.

The victims have been named as Nadine Devillers, 60, Simone Barreto-Silva, 44, and Vincent Loques, 55.

The suspect was shot by police and is in a critical condition in hospital. 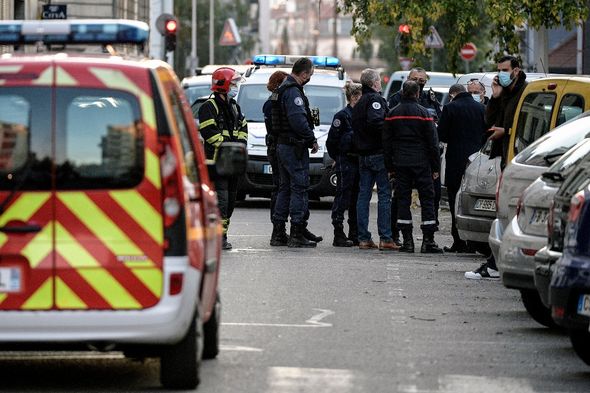 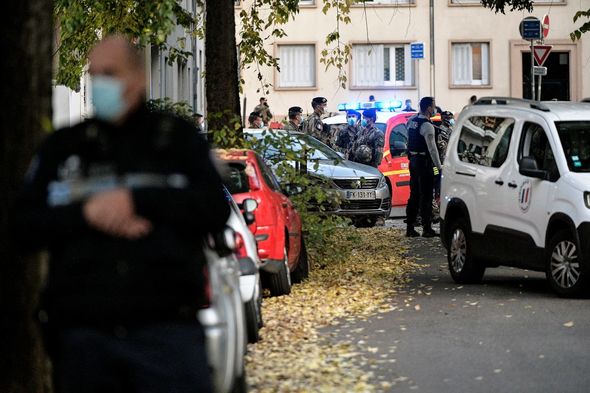 A third person has been arrested in connection with the incident.

Security in France is being stepped up in response to Thursday’s killings.

French President Emmanuel Macron has deployed thousands of soldiers to protect sites such as places of worship and schools.

France is on high alert for terror attacks amid controversy over cartoons of the Prophet Mohammed.

Earlier this month, teacher Samuel Paty was beheaded in Paris after showing caricatures of the Prophet Mohammed for a class on free speech.

Gerald Darmanin said: “We need to understand that there have been and there will be other events such as these terrible attacks.

“We’re at war against an ideology, Islamist ideology.”