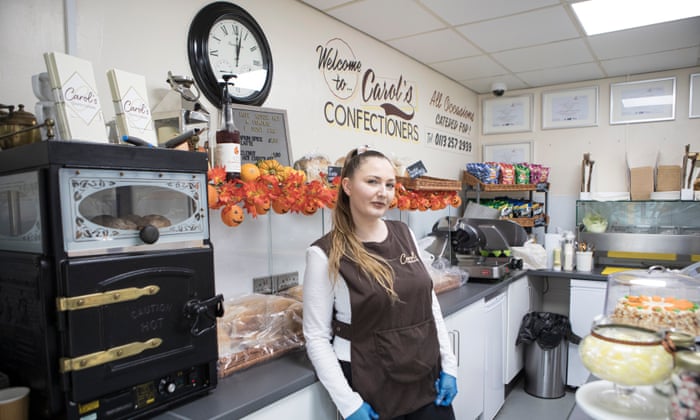 Taking over a successful family business right before a pandemic would be enough to make anybody anxious. But Samantha Atkin is somehow unflappable.

In Bramley, a suburb of Leeds, the 28-year-old runs Carol’s Confectioners, a bakery and sandwich shop that specialises in Jewish bread. It is one of the many cafes, pubs and restaurants that offered free meals to children during the half-term holidays.

“We watched it on the news and there was just absolutely no way, in the position we’re in, to not make a sandwich for a child,” Atkin said.

While not every business that made this offer has had a large take-up, Carol’s handed out about 200 lunches in five days. Atkin said: “That’s a credit to the girls in here, because they’re friendly faces in Bramley.”

The staff in the cafe have connections at three local primary schools and have been extremely persistent in getting the message out. “That’s the only reason I can see that it’s worked,” Atkin added.

Carol’s Confectioners is bright and cheery, with no room for seats inside. Instead, customers take their sandwiches, cakes and pastries to their cars or down the street to their workplaces.

To the uninitiated, there appears to be no distinction between these regular customers and those collecting a free meal. The staff have the discretion of secret agents exchanging briefcases as they hand over pre-arranged free meals unobtrusively in plain sight.

A woman appears in the doorway and, before she can open her mouth, Atkin recognises her: “One minute, lovey.” Nipping into the back of the shop, she brings out two prepared brown paper bags each containing sandwich, apple, soft drink, crisps and snacks, and hands them over with a smile. “There you go, chick.”

“They’ve all got different circumstances and there have been some really sad stories,” Atkin said.

One mother was collecting free meals for her children after struggling to buy food due to rent arrears. The young woman, who has two children aged five and seven, split from their father at the start of the year and does not have the support of family nearby. 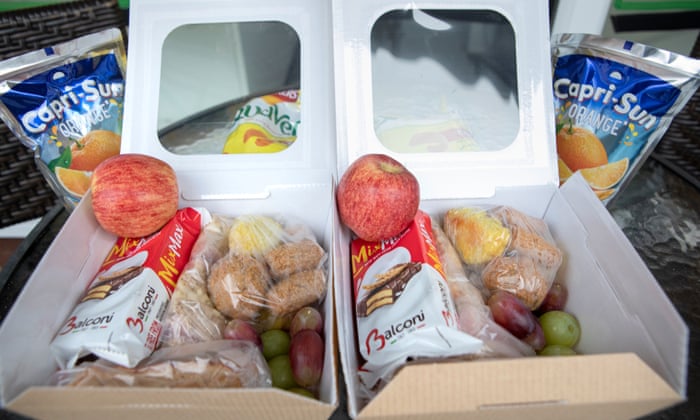 She said: “It’s just really stressful. I’ve not been in this situation before and I don’t think people understand what it’s like.

“There are some days, when, even if you put a gun to my head, I wouldn’t be able to find a tenner. I am still getting the hang of trying to budget. You can’t afford to make a single mistake. I wouldn’t wish it on anyone.”

The woman, who was told about Carol’s by another parent at school, described the free meals as a weight off her mind. “I can’t get over how kind people are,” she said.

Bramley ward has the second-highest rates of child poverty in the city. Dozens of local residents and businesses have come into the cafe to donate money and, though she has not yet added it up, Atkin thinks donations might have exceeded the cost of making the meals.

If there is money left over, Atkin will wait to hear what the government plans to do over the Christmas holidays and anticipates offering the meals again. Otherwise, the cash will go to one of Bramley’s many community projects.

Atkin is modest about her efforts, though it is clear she knows that Carol’s has made a difference. “Let’s just say I slept really well last night,” she said.