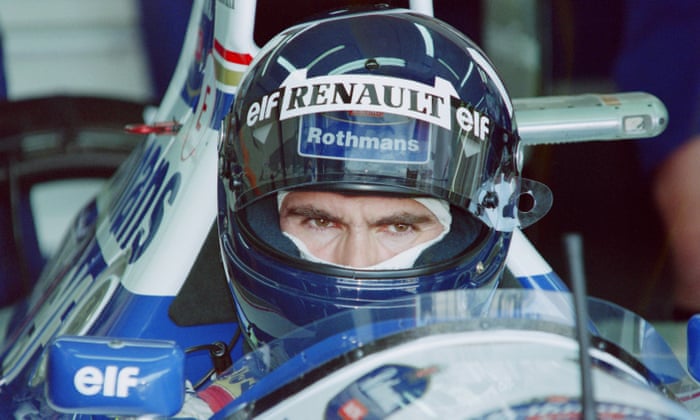 There is a shared, effortless good cheer between Damon Hill and Johnny Herbert. The two former drivers enjoy an ease in a friendship informed by their shared experience in motor racing. Even the constraints of a video call do not inhibit the clear pleasure the pair take from each other’s company. Opinions, friendly barbs, wit and insight fizz back and forth.

Little wonder the pair adopted this conversational format for their new book, Lights Out, Full Throttle. It is a hugely enjoyable read as they consider all aspects of Formula One, their parts in it, its history and its future. The book unsurprisingly maintains a lighthearted tone, exemplified perhaps by chapter 13, in which the pair list their favourite F1 drivers of all time. “Damon: Johnny Herbert. Johnny: Ditto.”

They do, of course, give a proper answer in chapter 14. Both are, after all, respected analysts and also consider the serious aspects of F1, not least that of mortality and loss in a sport that has always been fearsomely dangerous. 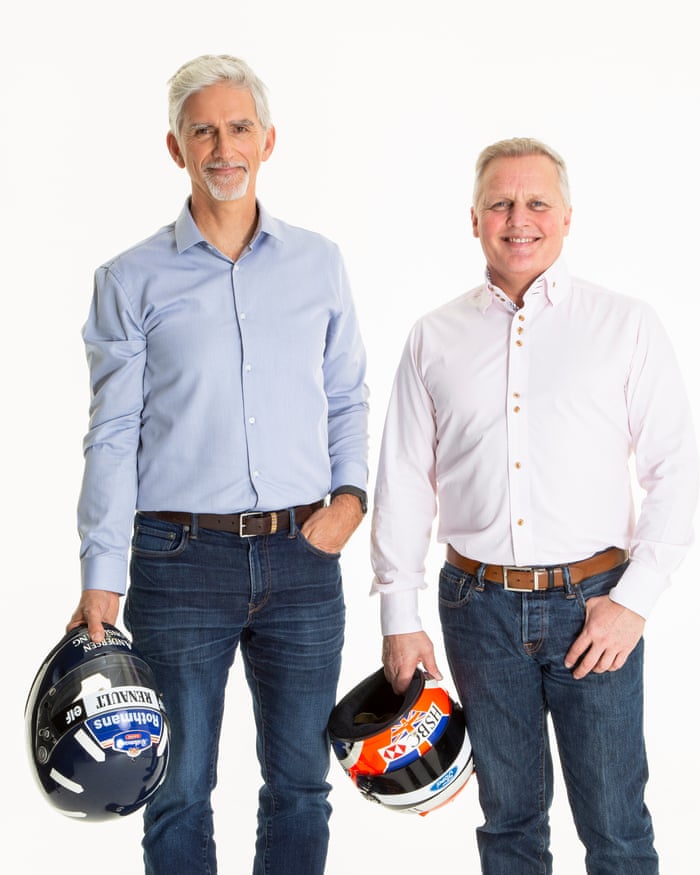 As drivers they were at its heart during one of F1’s darkest moments. Racing returns to Imola this weekend for the Emilia Romagna Grand Prix. The circuit first held the Italian GP in 1980 and then hosted the San Marino GP every year until 2006. It is a glorious and beautiful track, admired and respected by drivers but one tainted by tragedy, for ever remembered as the venue where Ayrton Senna was killed in 1994.

Senna’s Williams went off into the barriers at the Tamburello corner and the Brazilian was killed instantly. It was a tragedy to compound an already devastating weekend after the Austrian driver Roland Ratzenberger had been killed in qualifying the day before. Yet the meeting had continued and so did the race after Senna’s crash. Both Hill and Herbert were competing there and the weekend has lost none of its import with the passage of time.

“We have lost friends and been involved in races where people have got hurt. That is unfortunately a reality in our sport,” says Hill. “But Imola and Senna was a profound experience for the sport and for the fans. The accidents happened live on TV in both cases. It shocked a lot of people.”

It was, he confirms, a grim reminder that survival was almost a lottery. “Stirling [Moss], who we sadly lost recently, had the view that the danger was one of the challenges,” Hill adds. “When he was asked to race he was also asked to risk his life, which he did gladly but not lightly. I scraped through with very few injuries. There is no reason for that. There is a massive element of luck involved.”

Herbert narrowly escaped losing his own life early in his career. He almost had to have his feet amputated after a huge accident in an International Formula 3000 race at Brands Hatch in 1988. Yet he came back to make it to F1 and his reflections on Imola in 1994 offer insight into the psychology of the drivers who choose to accept the danger.

“We both knew how much risk there was, especially at Imola,” he says. “When Roland had his crash I remember passing him and seeing him slumped at the wheel, that’s when I had the first impressions that he had gone. The following day you had Ayrton and you do not expect it to happen that closely but I knew that risk was there. Ayrton knew it too. I had the belief before my accident that it would never happen to me. When it did happen, afterwards my belief was that it would never happen to me again.”

Neither driver was surprised that racing carried on that day. Michael Schumacher went to on to win; Hill finished sixth, having continued driving the same Williams machine in which his teammate had died and Herbert in a Lotus was 10th.

That racing resumed reflected a facet of the often unspoken bond across drivers, believes Herbert. “If it happened to me I wouldn’t have wanted Ayrton or Roland to stop racing because of me losing my life in a sport we loved,” he says. “It was very sad it had happened, and it still is, but it was a part of what we did. Ayrton and Roland knew that.”

Hill offers another intriguing perspective, in his case qualified by the experience of the death of his father Graham, killed in an aeroplane crash when Hill was 15 in 1975. 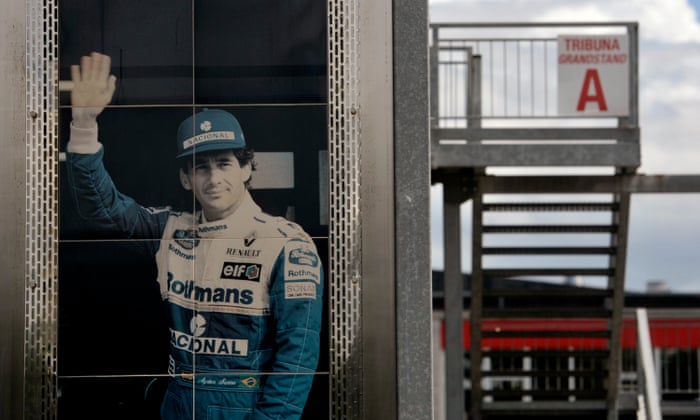 “Having a family, knowing what it was like to lose my dad, I was very conscious I was putting myself on the line,” he says. “Racing drivers are very selfish, they always think if they hurt themselves it’s their own stupid fault. If they get killed they won’t know anything about it, but what they don’t tend to do is think about how it affects people around them.”

The Autodromo Internazionale Enzo e Dino Ferrari was drastically changed after 1994, including a chicane inserted into Tamburello. Hill went on to win there in the following two years, in 1996 on the way to taking the world championship. He would retire just three years later.

“I managed to park up the fear of the consequences quite well during my career but when I got closer to the end I wanted it to end,” he says. “I wanted to get out in one piece. I thought I had been pretty lucky to get that far. I didn’t stop immediately, I wanted to but I couldn’t get out of my contract.”

Herbert entered F1 in 1989, Hill in 1992. Herbert raced on in F1 only one year longer than his friend after 12 years, having taken three wins. Both subsequently found a niche as part of the Sky F1 team, staying part of the sport they could not leave behind.

“It’s difficult to get away from F1,” says Hill. “You try to ignore it but it kind of becomes an obsession, you want to know what the story is.” These words bring forth a knowing smile from Herbert. “It is very hard to get it out of your system,” he says. “It’s all I know, it’s still what I love and I still get a buzz out of talking about it.”

This weekend at Imola will doubtless bring back some sad memories but the overwhelming sense from their conversation is one of the sheer pleasure in their passion for the sport, pain and joy alike.

“Our experiences work perfectly, because we came through together,” says Herbert. “I had my little blip when I had my accident and then the comeback. Damon gets the big call up with Williams and then selfishly he won that world championship …” Cue a broad grin from Hill. “You see it never ends,” he says. “There’s always a little needle every now and then, you don’t get over it.” “I can’t,” Herbert quips with a hearty laugh and the final word.

Lights Out, Full Throttle, is available now, published by Macmillan