On Saturday evening, police said they were hunting for a man dressed in medievil clothings and armed with a bladed weapon who had attacked “multiple victims”.

The incident took place near the Chateau Frontenac, on rue des Ramparts, with the suspect arrested near the city’s Old Port.

The attack occured on October 31 – Halloween – when such costumes would not necessarily raise any suspicion.

A spokesperson said the suspect is in his mid-20s but would not say whether he was known to police.

Étienne Doyon said five people had been taken to hospital.

The suspect was also taken to hospital for evaluation.

A terrorist attack is yet to be ruled out, and authorities have been unable to confirm the stabbings are linked to a series of recent Islamist extremist terror attacks in France, including a knife attack at a church in Nice. 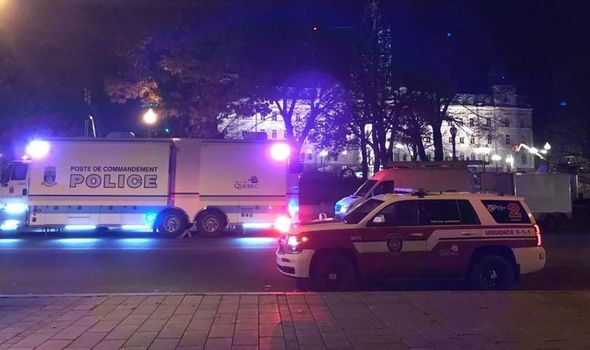 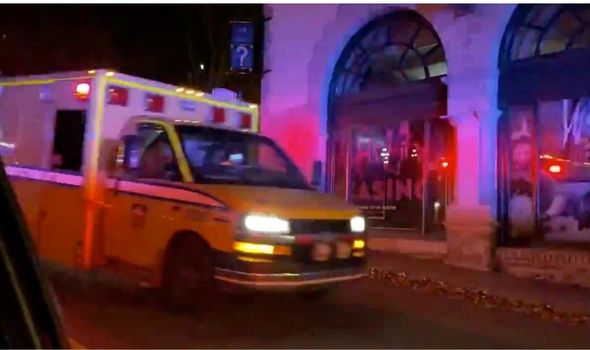 Police had earlier tweeted: “The SPVQ is actively looking for a man who allegedly made multiple victims using a knife.

“According to our preliminary information, the suspect is dressed in medieval clothes.

“The incidents occurred in the area of Parliament Hill. If seen: 911.

Local residents are being advised to remain indoors. 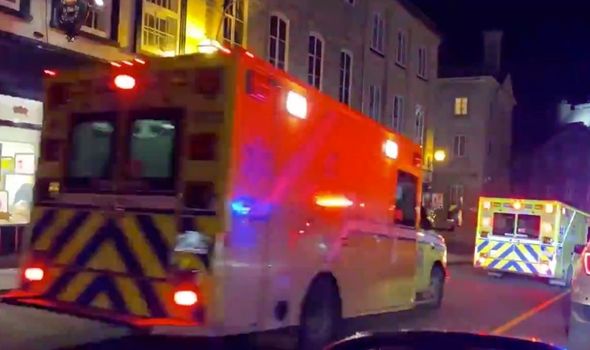 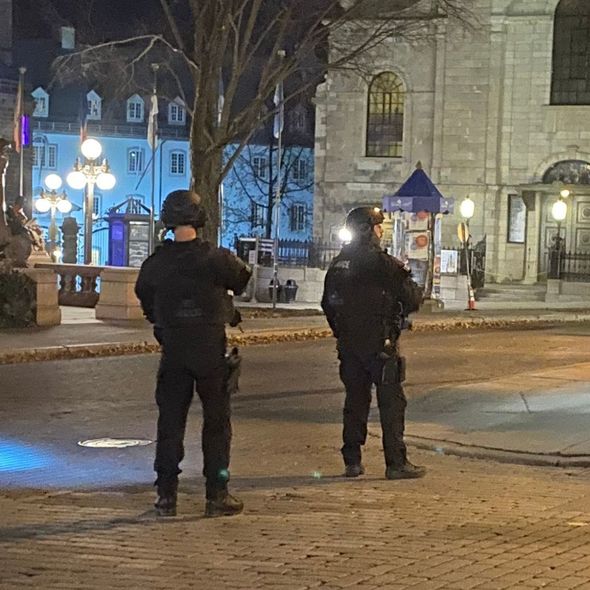 Police later tweeted: “Shortly before 1 am, the SPVQ arrested a suspect.

“We still ask the citizens of Quebec City to stay inside with the doors locked because an investigation is still underway.”

One person took a video of emergency services near the scene, and tweeted: “Major operation in Old Quebec.

“Many police officers on the spot with long weapons and tracking dogs comb the scene. Several ambulances.”

The attack in Quebec comes after a strong of deadly Islamic extremist terror attacks in France.

Two weeks ago, a teacher was decapitated in a suburb of Paris after showing pupils in his class a cartoon of the Prophet Mohammed during a discussion on free speech.

On Thursday, three people were killed in a Catholic basilica in Nice in what officials are atreating as an Islamic extremist attack.

One elderly female was beheaded. The suspect, a Tunisian man, was arrested.

Following this attack, French President Emmanuel Macron promised the country would not ‘give up on our values’.