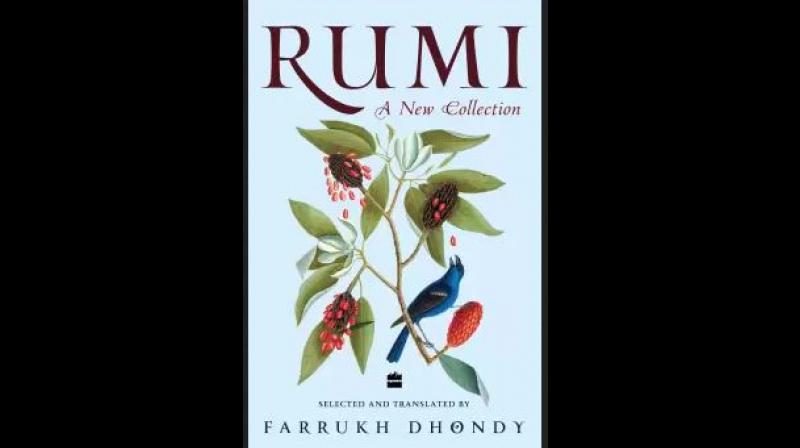 In the pandemic-stricken world, quoting Rumi to assuage fears or to offer solace to embittered souls seems to have become an intellectually fashionable trend. That’s why it is important to read Farrukh Dhondy’s second collection of translations of Rumi’s verses.

As you delve into the translator’s note at the end of book, you will understand that often the stylish spouted couplets attributed to Rumi are not quite authentic in terms of context and translation; instead, the revised effort is often vague and disconnected.

And Farrukh Dhondy illustrates his point with a pertinent example from a translated version by Coleman Barks.

You tighten your two hands together,

Determined not to give up saying ‘I’ and ‘we’.

This tightening blocks you.

“One may ask oneself what it is to praise. But what has the question to do with ‘Making yourself Particles.’ And how does one ‘make oneself particles’? Again, as hands are not screws or knots, how does one ‘tighten them’? One hand may clasp the other or clap against it, but has poetry in translation abandoned all appeal to sense and logic? Dhondy asks.

And perhaps this is what he has set out to achieve with this latest collection. Rumi’s words embrace the tired soul like a warm blanket on a winter night.

Time Alone is a beautiful reflection on the beauty of being by oneself.

Is solitude more precious than

Is power over a nation

Better than to be free?

If confined in your room

You spend your time alone

You can study the imprint

Of the value that you own.

Dhondy’s translations are easy to decipher and not rooted in esoteric terminology. In yet another instance that highlights the belief in one collective God, the couplet in All Religions Are One

Brilliantly captures this spirit of oneness

Their praises are directed to the One

So all prayers and religions are the same

Directed ultimately to one light

Of Him, regardless of the earthly name

The book also highlights Rumi’s obsession with Shams U Tabriz. “The enchantment with Shams U Tabriz changed Rumi. The two existed as spiritual seekers and counterparts to each other, until it is said, one day Shams mysteriously disappeared.” Shams returned only to disappear permanently later. It is this loss of his soulmate and the ensuing pain that lead to the creation of Rumi devotional verses, Diwan e Shams.