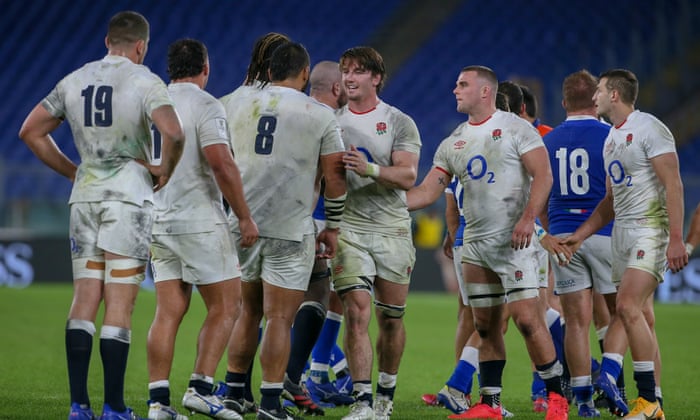 England have won the 2020 Six Nations title after Ireland fell to a 35-27 defeat to France in Paris. The result meant Eddie Jones’ side edged France on points difference after their 34-5 win over Italy in Rome.

England’s win had left the situation delicately poised, with Ireland needing to win with a bonus point to be sure of claiming the title or by six points to claim it on points difference. France needed to win by 31 points, with a bonus point.

France scored early and had a chance to build a big lead after Caelan Doris was sent to the sin-bin for bringing down François Cros, leading to a penalty try. France went in 17-14 up at half-time and threatened to pull clear a couple of times in the second half, but never by enough to threaten England’s points advantage. Jacob Stockdale’s last-minute try was no consolation for Ireland.

Owen Farrell, the England captain, said: “It feels like we have a brilliant blend of experience and youth to drive us forward, being involved in training over the last few weeks has shown that for us and we are looking forward to what is in front of us as well.”

Speaking about Ben Youngs’ 100th cap for England, Farrell added: “I’m chuffed for him – it’s a huge achievement to reach 100 caps – second person ever to do it for England, it’s massive. To have such a good game like he did and now to top it off with a trophy is brilliant.”

Eddie Jones has guided England to a third title in five years and Farrell paid tribute to the Australian, saying: “He’s been brilliant. The best thing I can say is we love being here in camp, working hard to improve and hopefully you can see that when we are out on the field.”

It was a frustrating night for Ireland in Paris as second-half tries from Romain Ntamack and Virimi Vakatawa saw their title hopes slip away. “We should have scored from a couple of those we kicked to the corner, then just before half-time we could have taken three points and gone in with the lead,” captain Johnny Sexton said.

“We knew we had to win the game by six or get four tries, so we were trying our best to put the pressure on. You have to have the mentality to score tries – sometimes it comes off, sometimes it doesn’t. [Our tactics were] brave but the execution didn’t back up the decision.”

“There were enough opportunities for us to win but we were not clinical enough,” said the Ireland head coach, Andy Farrell. “We killed our own momentum at times. We spent time in their 22 but we didn’t come away with the points.”

The France coach, Fabien Galthie, was happy despite narrowly missing out on the title. “Our goal was to start winning matches and winning titles. We’ve got five wins from six games [in 2020] but have failed to claim a title, although we are satisfied.”