These numbers are similar to the 2016 election, when he saw off the challenge of Democrat Hillary Clinton.

Mr Trump recently appealed to this support base in an interview with Religion News Service.

He spoke emotionally about growing up in New York and going to church, saying his parents “taught me the importance of faith and prayer from a young age”.

The Republican added: “During the unprecedented coronavirus outbreak, I tuned into several virtual church services and know that millions of Americans did the same.” 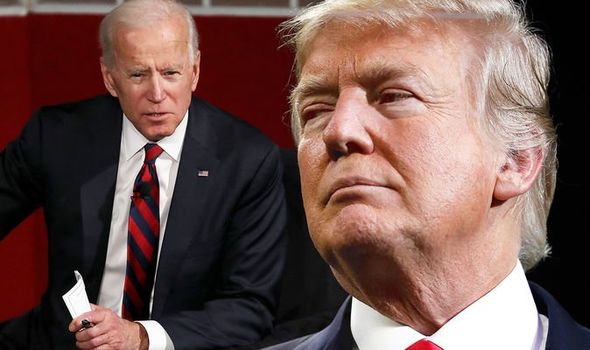 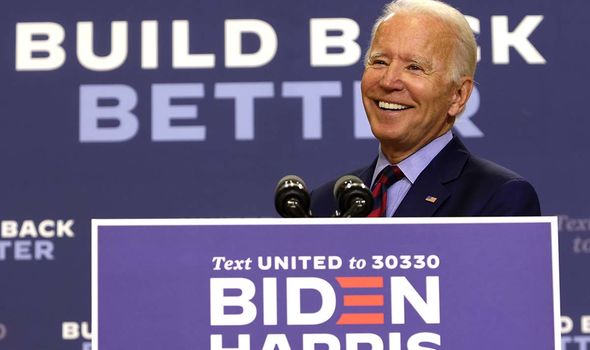 The Guardian estimates Catholics make up around 20 percent of the US electorate, a key demographic both Mr Trump and Mr Biden need to win over.

With many US worshippers ready to back Mr Trump in November 3’s poll, expert Lynda Telford told Express.co.uk why some Catholic voters may be against Mr Biden – and why support for Mr Trump may also be slipping.

Ms Telford, author of ‘Women of the Vatican – Female Power in a Male World’, said: “Many Catholic bishops still oppose Mr Biden due to his stance on abortion rights.

“However, Mr Trump’s Catholic support is also slipping, despite him priding himself on his record of appointing ‘anti-abortion’ judges. 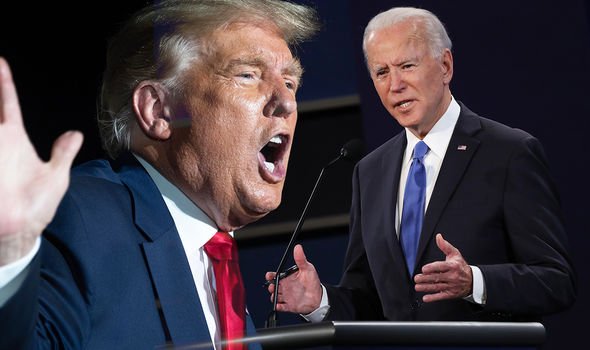 “Pope Francis naturally opposes abortion, but does not want it to become the main issue.

“Some bishops are still making it the pre-eminent priority, but Francis has been appointing bishops who share his more liberal views, to counter this.

“He emphasises climate change, economic equality and the problem of families being separated, especially immigrants. He says these issues also threaten the ‘Sanctity of life’ and he criticises Mr Trump’s policies and others who are ignoring these issues.”

Although Mr Trump enjoys the backing of some worshippers, other religious groups are said to be more likely to back Mr Biden. 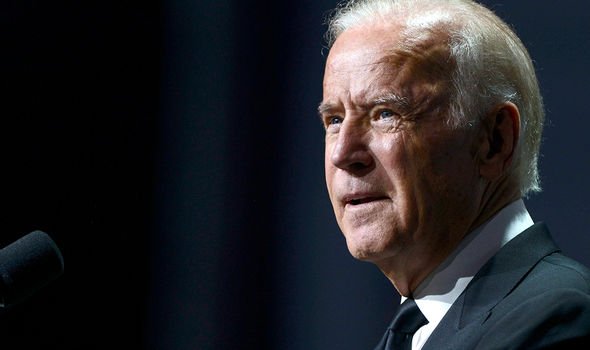 However, Mr Biden has been attacked by anti-abortion groups who claim his stance on the topic was against the religious values he claims to hold.

Lila Rose, founder and president of Live Action, sent out a furious tweet following Mr Biden’s discussion on his faith.

She wrote on Twitter: “You cannot claim to be a practising Catholic and support the slaughter of children in the womb.

“To do so is heinous and despicable. And you cannot claim you ‘didn’t know’ when your faith, and basic moral law, is telling you loud and clear: You shall not kill.”

‘Not fair’: Welsh and Scottish leaders hit out at furlough extension for England lockdown