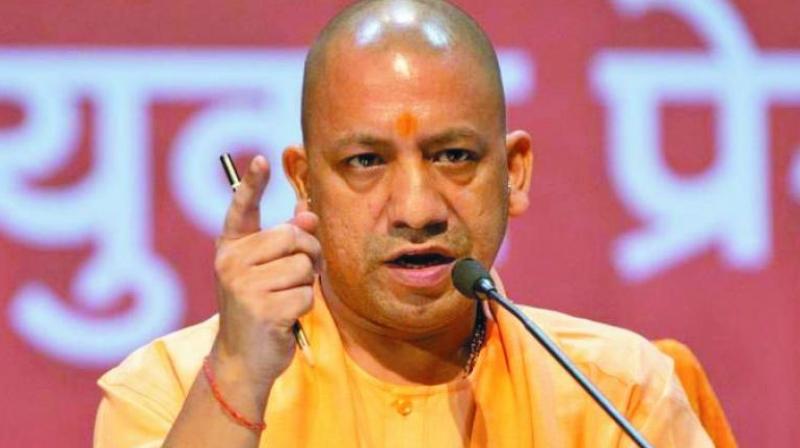 Patna: Uttar Pradesh Chief Minister Yogi Adityanath on Thursday urged the people of Bihar to vote for the BJP, a junior partner of the JDU, since it has fulfilled its promises on emotive issues like Triple Talaq, Ayodhya, Kashmir and Pakistan.

While addressing rallies in Siwan, Vaishali and Madhubani, he said, “Modi government has worked to uplift the poor and needy. The government also ended triple talaq to establish the dignity of women, taught Pakistan a lesson through surgical strikes, removed Article 370 and constructing a grand Ram Temple in Ayodhya.”

He also criticised the Opposition led by RJD for doing politics of appeasement and indulging in corruption.

While addressing a rally in Siwan, Yogi Adityanath said, “The RJD, Congress and CPI (ML) are trying to bring back jungle raj in Bihar but they should know that after wiping out terrorism in Kashmir preparations are on to uproot Naxalism.”

He added that the Opposition coalition is being led by leaders who have no vision or roadmap for the development. Targeting the RJD over the employment issue, he said that the youth of Bihar were forced to hide their identity due to the 15-year misrule of the RJD. "Those who were responsible for the crisis are once again blowing the trumpet of employment and misleading them," he said.

Apart from UP CM Yogi Adityanath, the BJP in Bihar has also prepared a list of other star campaigners for the second and third phase of polls. While talking about the first phase, BJP insiders said that the party leadership is confident that NDA will return to power in the state.

During the first phase of polls on October 28, around 54 per cent of polling was recorded. The second and third phase of polls is scheduled to be held on November 3 and 7.

BJP leaders said that the NDA is trying to reach out to its voters with “Vikas” (development) and “15 years of good governance versus 15 years of Jungle raj” narrative against the grand alliance".

According to political analyst Prakash Piyush, Bihar election is crucial for the NDA especially BJP as it had suffered massive electoral setbacks in two states – Jharkhand and Maharashtra in 2019.