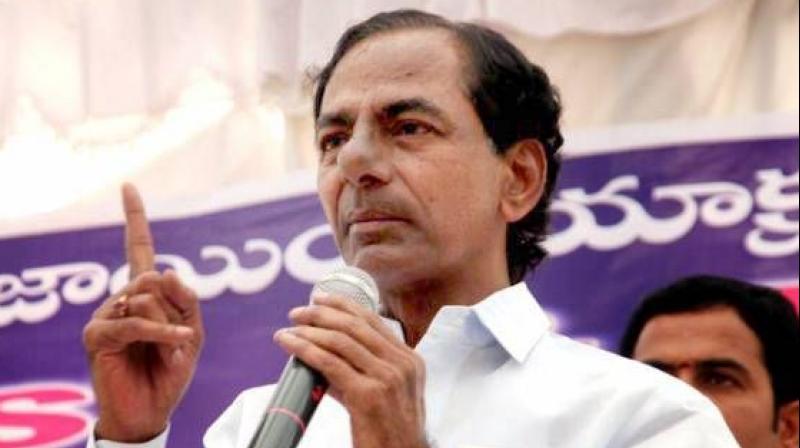 Hyderabad, Oct. 29 Chief Minister K. Chandrashekar Rao on Thursday said that the TRS will retain the Dubbak seat in the November 3 byelection.

During an informal conversation after the launch of the Dharani portal, the CM was asked by mediapersons about the bypoll. Rao smiled and said the TRS would be retaining the seat.

He did not give any scope to continue the conversation on politics. He instead explained at length the benefits of the Dharani portal, terming it as a historic day for the state and a new era in the land administration.

Earlier, at the public meeting, he said the Rythu Bandhu scheme will not be stopped as long as he is alive. He assured that village revenue officers (VROs), who have been left without work following the land reforms, will be absorbed in other departments.

He said some media houses and political parties were show “artificial sympathy“ for the VROs and stated that no employee will lose her job.

Rao said that data on Wakf, endowments, government and forest lands were auto-locked and no officer will have access to them till the government arrives at a logical conclusion on those lands.