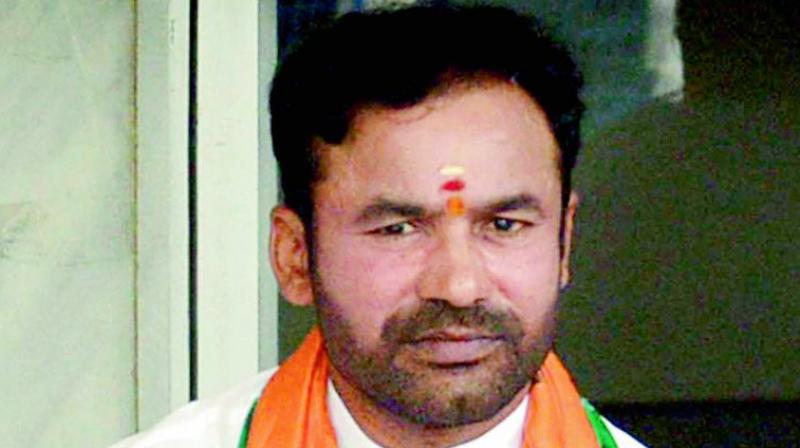 He was participating in an election campaign in the Dubbak Assembly constituency along with party candidate M. Raghunandhan Rao, OBC Morcha president K. Laxman, national vice-president D.K. Aruna and bypoll in-charge A.P. Jithender Reddy. Kishan Reddy said that the November 3 byelection will decide the future of the state and its political situation. He that TRS president and Chief Minister K. Chandrashekar Rao had failed to deliver his promise of having a Dalit Chief Minister.

Kishan Reddy cautioned the voters against backing the Congress as it would be like supporting the ruling party as evidenced by the manner MLAs of the Congress had jumped to the TRS earlier.
The minister appealed to the people of Dubbak to vote for BJP candidate and spell doom of the Kalvakuntla and Owaisi families.

Reddy alleged that Chandrasekhar Rao had managed a “backdoor entry” for his daughter into the Legislative Council and wondered why the state government was not implementing reservations for the economically weaker sections. He said that the state government had destroyed the ‘Aarogyasri’ scheme, which is very helpful for poor people.

Talking to the media in Siddipet, Kishan Reddy accused the TRS government of misusing official machinery for the bypoll, for which the people of Dubbak would thwart the ambitions of the TRS. He expected a silent wave in favour of the BJP and stated that the anti-incumbency vote would benefit the BJP.

Diggy asks SP candidate to back out from MP bypolls, audio leaks