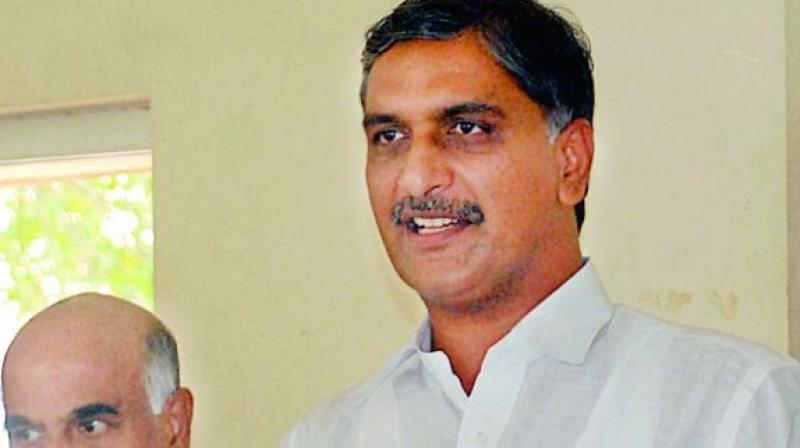 HYDERABAD: Finance minister T. Harish Rao on Friday termed the Bharatiya Janata Party (BJP) as ‘Bharatiya Jhoota Party’. He lashed out at the BJP leaders for spreading lies by way of statements, pamphlets and social media about the Centre’s contribution to the state in pensions and other schemes, while speaking to the media at Siddipet.

Further, he said, the BJP was claiming that the state government had shifted the ESI Hospital to Gajwel, which was sanctioned to Chegunta mandal in Dubbak constituency, by releasing Rs 25 crore by the Centre. He mentioned that the BJP leaders were falsely claiming that the Centre was giving `Rs 9 out of Rs 30 being spent on subsidy ration rice and that a polytechnic college granted for Dubbak was shifted to Siddipet.

The BJP was claiming that the house, where the police seized over `Rs 8 lakh, did not belong to a direct relative of BJP candidate M. Raghunandan Rao. He pointed out that Raghunandan Rao had himself claimed that police had raided eight houses of his relatives and the amount seized was neither his nor of his relatives.
Harish Rao clarified that the BJP-led government’s contribution towards bidi workers’ pension is zero. He alleged that the GST imposed by Centre had affected the livelihood of bidi workers because the demand had dwindled due to higher prices.

He clarified that the Centre is giving Rs 3 kg rice for only half of the ration card holders in Telangana state while the state government is distributing Rs 1 per kg rice to all beneficiaries.

Referring to the claim of electricity meters, he said that the Centre had tried to lure the state government by offering Rs 2,500 crore special grant to make the TRS government install metres. However, the Chief Minister has opposed it strongly.

Pointing out the claim of Centre’s contribution in rice procurement, he explained that Centre has just issued consent to help the civil supplies department to borrow from National Cooperative Development Corporation, but the state government has decided against it as the interest rate is high comparatively.  Refuting the claims of Raghunandan Rao he wanted to know why BJP workers and the candidate rushed to the place if the cash was not his and owner of the house was not his relative. He said people of Dubbak constituency were wise and would see through the BJP lies and vote for TRS yet again.

Diggy asks SP candidate to back out from MP bypolls, audio leaks